“If they are not careful, what has happened to me will happen to them” 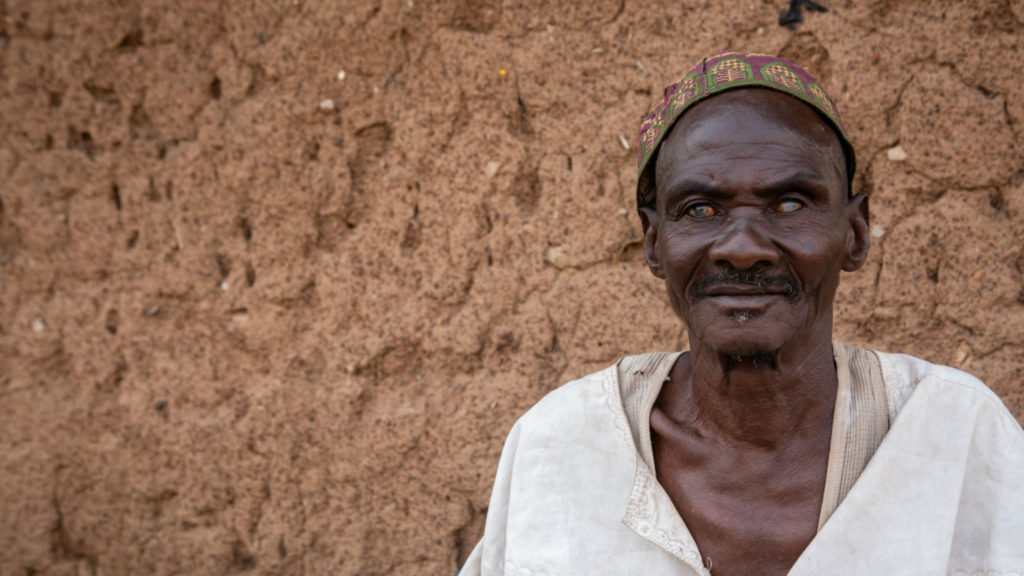 River blindness stole Mamodu’s sight, his confidence and his livelihood. Will you help protect others from this cruel disease?

85-year-old Mamodu, from Ghana, relies on a nearby river to survive. He and his family use it to cook, to drink, to wash and, when he worked on his farm, it was crucial for growing his crops.

But Mamodu doesn’t go to the river any more, because the river that gave him so much also robbed him and his brother Yeremore of their sight and their livelihood.

Mamodu contracted river blindness in his forties. This horrific disease is spread by the bite of blackflies, which thrive near water. One bite can transmit a parasitic worm that breeds under the skin, causing intense irritation. After years of agonising itching, the worm larvae eventually reached Mamodu’s eyes and stole his sight.

Mamodu was once head of his family. Now, afraid of getting lost or falling, he relies on his nephew Kwame for everything. But while the river has taken Mamodu’s sight, Kwame and his family still need it to collect water, meaning they could be in danger of the same devastating fate.

Mamodu told us: “If they are not careful, what has happened to me will happen to them.”

As well as supporting his uncles, 29-year-old Kwame has a wife and three young children to provide for. He was only 12 when he had to drop out of school to help care for his uncles, and missed out on his childhood and education. Kwame desperately wants a brighter future for his own children.

Just two treatments a year is all it takes to prevent river blindness. A gift from you today could even help eliminate this horrific disease.

With your help, we can help prevent future generations like Kwame and his children from losing their sight to river blindness.