Eye screening for survivors of the Bhopal gas tragedy 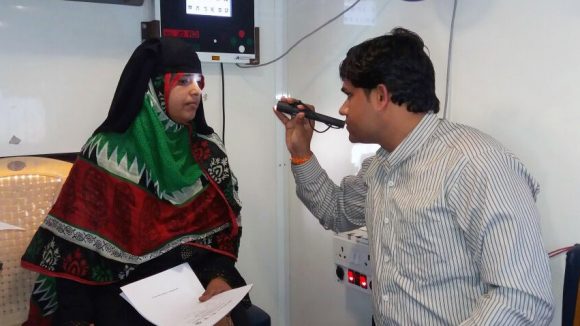 It’s considered the world’s worst industrial accident, and many survivors are still suffering the effects today. About 3,900 people were left with severe and permanent disabilities as a result of the tragedy.

In early 2017, Sightsavers organised eye screening camps for those affected by the disaster. Many of the survivors live in poorer areas in Khanuaon district and find it hard to get the eye care they need: many of the women work as embroiderers, for which they need good eyesight, yet they often suffer from undiagnosed eye conditions.

The first screening camp took place at Sewa Sadan Eye Hospital, where health workers examined 93 people affected by the gas tragedy, 68 of which were women from the minority community. As a result, 27 people were given spectacles and eight were diagnosed with cataracts.

A second camp was organised in collaboration with Chingari Trust Bhopal, which provides rehabilitation for children with physical and intellectual disabilities caused by the disaster. About 150 children were screened, and 55 of them were given spectacles. 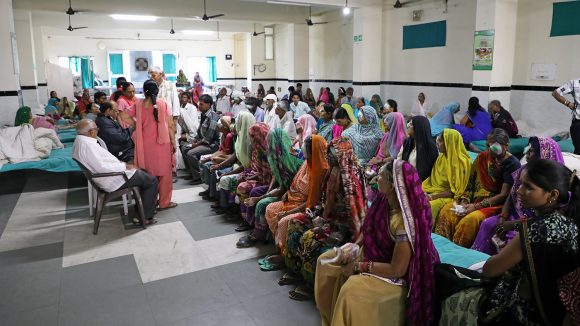 Providing eye care for those who need it most

Sightsavers’ Sarah Muddle visited Bhopal in India to see how our eye care projects are helping slum communities devastated by an industrial tragedy in 1984. 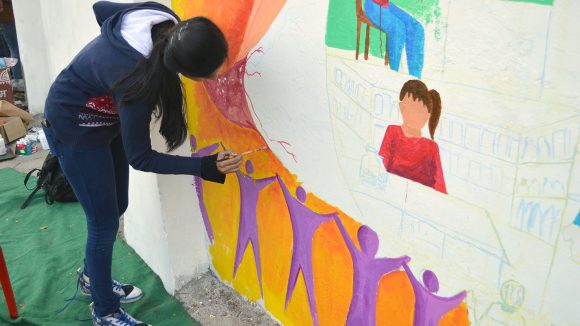 Art students in Bhopal painted striking murals along the wall of a hospital to mark International Day of Persons with Disabilities.