The forgotten mums of Tanzania

In Tanzania, Sophie Moore learned how important it is for Sightsavers to reach out to communities that are often forgotten. 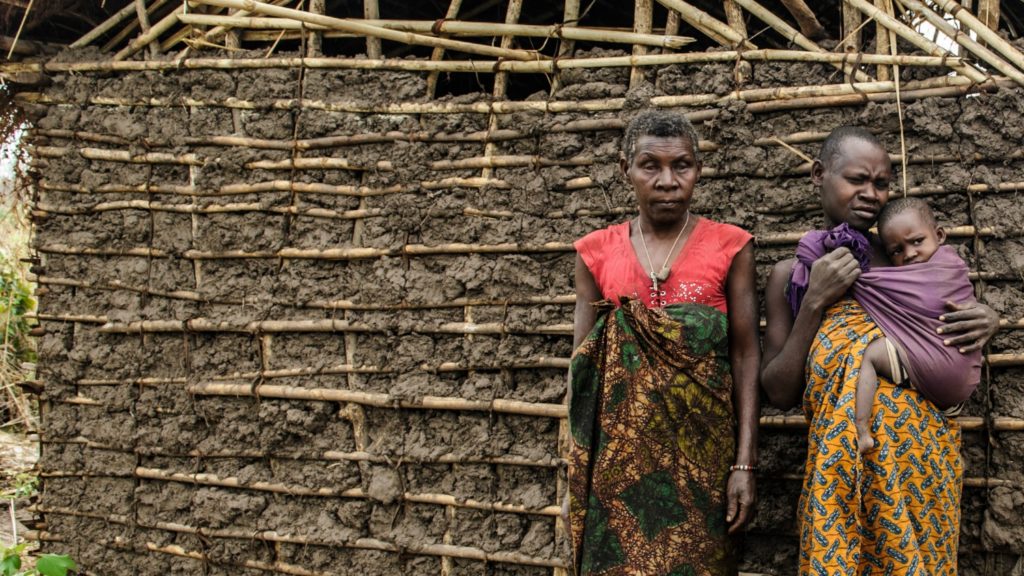 I recently travelled to a remote area of Tanzania with a team of medical staff.

During a visit to a particularly remote community, we found two generations of mothers in one family who were in agony: they were suffering from the advanced stages of blinding trachoma.

Their home was so remote that it’s a miracle we found them – they’d been referred to us by a woman from a nearby village, otherwise we’d never have known they needed our help.

Aluna, the grandmother, had the worst case of trachoma I’ve ever seen. Her eyes were bright red, she had no visible eyelashes and her eyeballs were extremely swollen.

She told me that she’d had problems with her eyes since before her daughter was born, more than 29 years ago – she said she couldn’t remember a time in her life without the pain of trachoma. She told us she was distraught that her daughter, Mayasa, was also suffering from this debilitating disease.

Mayasa was very quiet and only communicated with me in a few words – it was obvious she was in pain from the advanced stages of trachoma, which looked severe.

Her eyes were so infected, it was very difficult to see them at all – both her eyes were almost shut, forcing her to squint at me. As she spoke, she held her head to one side and looked out of the corner of her eye, which seemed to be the only way she could see me.

The doctor we were travelling with explained that, tragically, mums such as Mayasa –who often stay at home with their young children – are four times more likely than men to eventually need surgery because of advanced trachoma. What’s worse is that they can easily pass it to their children.

Mayasa’s 18-month-old daughter, Bibie, was examined by the doctor and was found to have the early stages of trachoma. The doctor prescribed an antibiotic to help treat the infection.

Thankfully for these mums, the support of generous donors means they were able to have surgery, supported by Sightsavers, to relieve the constant pain of trachoma. Tragically, there are still thousands of mums and children in remote communities like Mayasa’s that still urgently need our support.