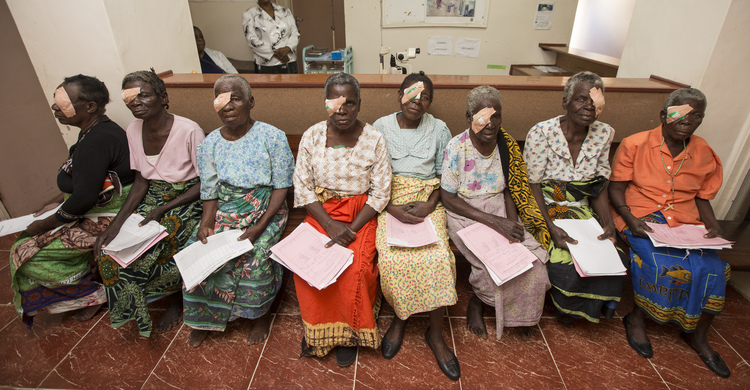 After attracting growing support since its launch a year ago, Sightsavers’ Put Us in the Picture campaign is today celebrating the publication of the UK government’s first Disability Framework, which could transform the lives of millions of people living with disabilities in developing countries.

During the campaign, more than 20,000 people have signed up to an online petition calling on the government to make sure people with disabilities in the world’s poorest countries are included in UK aid plans.

Natasha Kennedy, Sightsavers’ Policy Campaign Manager, said: “We are delighted with what our campaign has achieved so far. The public sent a clear message to the UK government that they wanted to see a commitment to improving the lives of those living with disabilities in developing countries through development work.

“Today’s announcement of answers that call and signals the first step in the Department for International Development’s commitment to making its development policy and programmes more inclusive of and accessible to the 800 million people living with disabilities in developing countries.”

Of the billion people worldwide who have a disability, the vast majority live in developing countries. People with disabilities represent some of the most excluded and difficult to reach of all groups in the community. They are less likely to have access to healthcare and education, and in turn find making a livelihood and escaping poverty that much more difficult, if not impossible.

This is the case for millions of people – like Shyam, who has been visually impaired for 15 years and feels little hope for the future: “In all families, even my own, people think you’re useless,” he says. “In society, if you have no money and no work you’re considered a burden and people won’t talk to you.”

But it doesn’t have to be like this. The changes announced today could dramatically improve the lives of people with disabilities like Shyam, along with their families and wider communities.

Anuradha is a single mother who was struggling to support her two children. She was under pressure and used to cry every day but having joined a local disabled persons’ organisation, she now lives with purpose and confidence. She says: “There are many people with disabilities who can contribute to society.”

Sightsavers is asking people to help keep up the pressure and show their support by giving people like Shyam a voice. Read and share his story along with others here.

You can see more images and hear the stories of people from Sightsavers’ projects at a free photographic exhibition by The Guardian photographer Graeme Robertson. ‘Framing Perceptions’ will be at the OXO Gallery on London’s South Bank from 14-18 January 2015.