Sightsavers calls on world leaders to prioritise people with disabilities 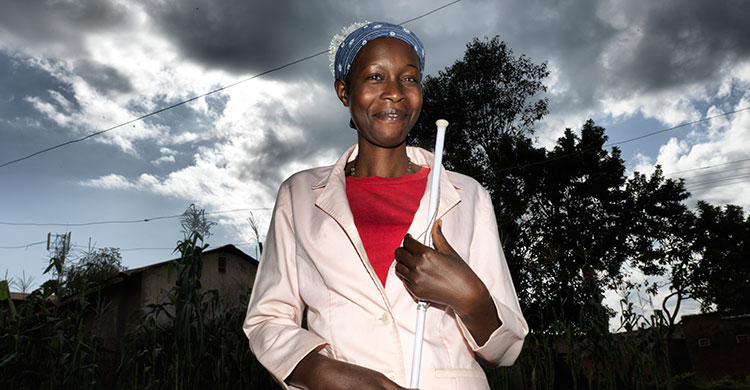 To mark International Day of Persons with Disabilities, Sightsavers  is calling on the international community to make people with disabilities a priority in global efforts to eradicate poverty.

On the anniversary of the launch of its first ever Disability Framework, the UK government is today publishing an update. The framework itself was a huge step forward, and a move Sightsavers called for in its Put Us in the Picture campaign. It set the UK on an exciting, challenging and ambitious path towards disability inclusion in its international aid programmes.

However the UK on its own can’t achieve change for all of the 800 million people living with disabilities in developing countries. In order to secure real change that will unlock the ability, potential and dignity of people with disabilities, what’s needed is global change. Sightsavers’ Put Us in the Picture campaign is now calling on the international development community to make disability-inclusive development a reality.

In September 2015 world leaders met in New York to agree the Sustainable Development Goals – a set of global goals to combat extreme poverty and climate change over the next 15 years – and for the very first time in global development, people with disabilities were explicitly included.  Sightsavers’ campaign call is to ensure this commitment is turned into practice to deliver these goals.

“It is clear that the UK government and the international community now recognise that global efforts to fight poverty will not be successful or meaningful unless they include people with disabilities,” said Natasha Kennedy, Policy and Multilateral Campaigns Manager for Sightsavers.

“In the past people with disabilities have been left out of discussions that affect their lives, denied access to healthcare, education and employment, and treated as worthless by their communities – but it’s time for that to change.”

Sylvia, from Uganda, lost her sight ten years ago, altering her life dramatically. After her husband began mistreating her due to her disability she had no choice but to leave him. “I had hated myself, I had lost hope, I felt I was useless,” Sylvia says.

But an employment project, funded by Sightsavers and the EU, gave her a new hope and a new future. Sylvia spent seven months at St Kizito vocational school, learning to use a knitting machine. She was also supported to gain essential life skills like navigating with a white cane, and reading and writing braille. “Now I feel I’m like any other person, and now I’m hopeful,” she adds.

There has been an implicit assumption that development policies and programmes targeting extreme poverty will include people with disabilities. However it is now being globally recognised that this is not the case and that without their active inclusion people with disabilities will continue to be left behind in areas such as education, health and employment.

It is also vital to show how disability disaggregated data can and should be collected, so that people with disabilities are no longer invisible in official statistics or records of progress, as they have been in development programmes traditionally.

Sightsavers is calling on DFID’s donors and partners to put in place a coherent measurable approach for disability inclusion.  It is also vital that a human rights based approach to inclusion is promoted in line with the UN Convention on the Rights of Persons with Disabilities.

Natasha added: “We will continue to work with the UK government to translate its Disability Framework into action. Removing barriers to participation in society and unlocking the vast potential of people with disabilities is critical to addressing global poverty reduction and empowering people to access their rights and actively be part of all aspects of society.” 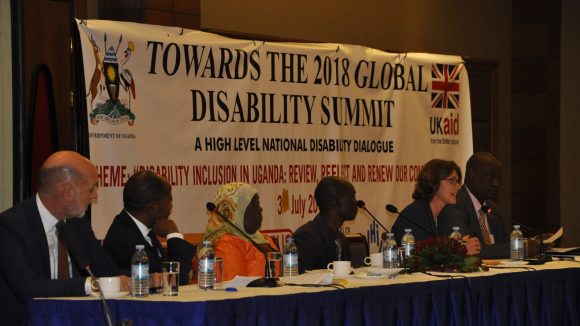 The discussions in Kampala focused on how Uganda can achieve the aim of the UN’s Sustainable Development Goals: to leave no one behind. 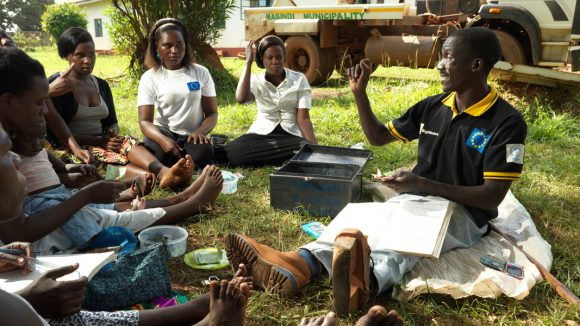 The Masindi Savings Group meets under a tree outside local council buildings in Uganda. But the unusual location isn’t the only unorthodox thing about it. 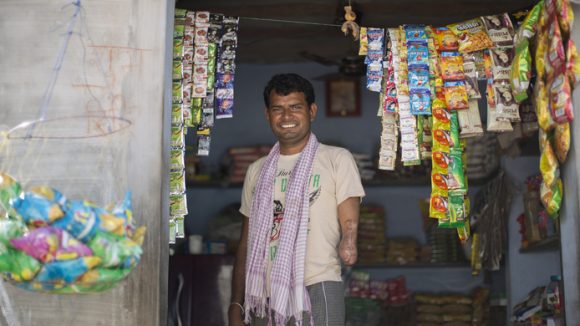