WHO shows progress made on eliminating neglected tropical diseases

“This is not just about eliminating NTDs, but ultimately breaking the cycle of poverty”

The number of people at risk from neglected tropical diseases (NTDs) has fallen by 20 per cent over the past five years, according to figures revealed at the World Health Organization NTD Summit in Geneva.

The figures also show that as part of their treatment for NTDs, nearly a billion people were given drugs in 2015.

The World Health Organization (WHO) was reporting on progress made towards the 2012 London Declaration, in which a group of non-governmental organisations, private and public partners committed to control, eliminate or eradicate 10 NTDs by the end of the decade. This commitment helped to transform the global NTD effort into one of the largest and most successful public health initiatives in history.

The two approaches that have contributed to this success are mass drug administration and intensified disease management. The WHO report highlights that:

Sightsavers Director of NTDs Simon Bush said: “The progress we have seen in working towards elimination of NTDs is encouraging. NTDs didn’t get a look-in on the Millennium Development Goals, but in the Sustainable Development Goals the ‘leave nobody behind’ mantra embraces NTDs.

“We need to continue to reach the poorest and most vulnerable, and secure additional funding to finish the task. This is not just about eliminating NTDs, but ultimately breaking the cycle of poverty that many people with NTDs find themselves trapped in.”

To this end, the UK government announced on Sunday that the UK will invest £360 million on implementation programmes to tackle NTDs between 2017-2018 and 2021-2022 to protect 200 million people from tropical diseases.

Sightsavers CEO Dr Caroline Harper said: “UK Aid has been one of the leading supporters of the global fight against NTDs. Thanks to the people of the UK we are getting closer to ridding the world of several horrendously disabling diseases. It is the poorest people on earth who suffer from these diseases, and I have been very proud to witness personally the impact UK Aid has had on their lives.

“Whether it is the excruciating agony of blinding trachoma, the stunting of children with worms or the disabilities caused by river blindness and lymphatic filariasis, saving more than a billion people from this fate is an incredible legacy for the people of the UK.”

NTDs such as trachoma and river blindness (onchocerciasis) affect a billion people worldwide, causing loss of livelihood, disfigurement, stigma, disability and poverty. Sightsavers is committed to working in partnership to eliminate trachoma through a range of consortia programmes. The organisation is also a leading partner in working to stop the spread of onchocerciasis and lymphatic filariasis, along with soil-transmitted helminthiasis and schistosomiasis, through large-scale drug distribution treatment programmes known as preventive chemotherapy.

The UK government-funded Countdown partnership, led by Sightsavers in Nigeria, enables research to be undertaken within Nigeria, in Kaduna and Ogun states, to ensure current and future interventions are sustainable and can be scaled up where needed. 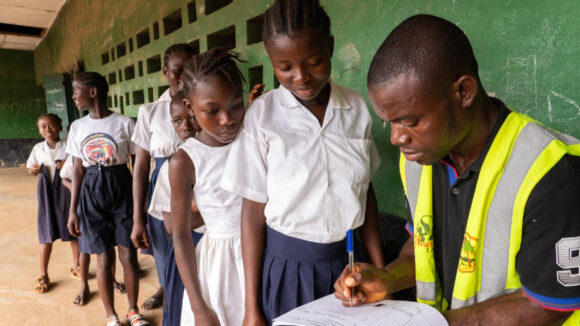 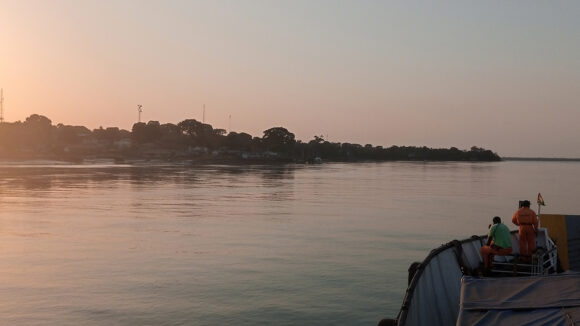