Two more areas and more than a million people in Uganda are now free from the parasitic infection river blindness, bringing the country closer to eliminating the disease.

This brings the total number of areas that have achieved elimination status to seven out of 17. An estimated 3.7 million Ugandans living in these districts are now no longer at risk of contracting the disease.

River blindness, also known as onchocerciasis, is a debilitating disease caused by a parasitic infection and transmitted via the bite of infected black flies. Infection leads to severe skin disease with unrelenting itching, visual impairment and, eventually, blindness. Globally, the disease is endemic in 37 countries, with more than 120 million people around the world at risk of infection.

The Uganda National Onchocerciasis Elimination Programme is being supported by Sightsavers with funding from key partners in four of the 17 areas across Uganda. Work in these areas is supported by the UK government’s Department for International Development (DFID), The Carter Centre, RTI International and Merck, the company that produces the medication to treat river blindness, which it provides for free.

As well as distributing millions of treatments, the programme ensures that people diagnosed with river blindness are referred to appropriate health facilities so they can receive the care they need. It also runs alongside educating local communities about how to prevent the disease spreading. In areas where treatment was delayed due to conflict, environmentally safe insecticides are used to kill the black flies and mosquitoes that transmit infection.

Sightsavers relies on the support of donors to fund our fight against river blindness. Your help can change lives and restore vision: will you make a donation today? Alternatively, visit our fundraising pages to learn about other ways you can help. 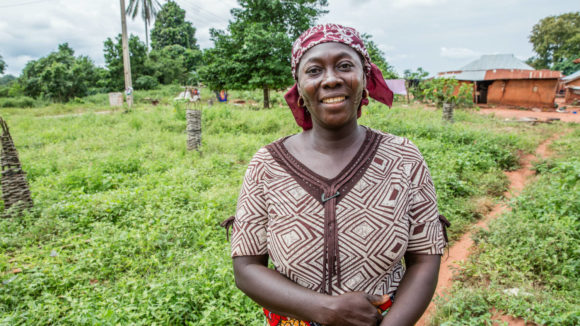 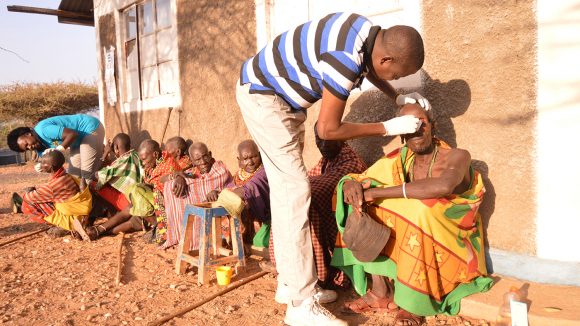 News about a programme that has distributed more than 137,000 pairs of glasses across eight countries. Plus updates from Guinea, Côte d’Ivoire, Mozambique and more. 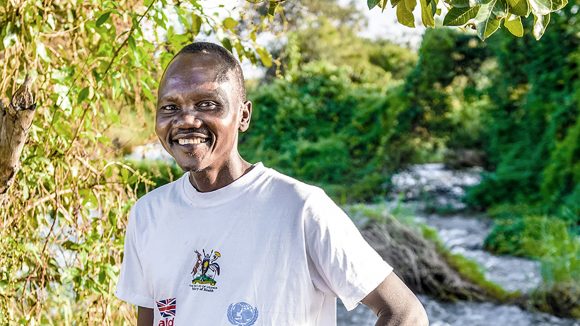 After seeing many of his friends and family lose their sight to river blindness, Okello Charles volunteered to become a ‘fly catcher’, helping to eliminate the flies that spread the disease.