Sightsavers is one of GiveWell’s top charities once again

Sightsavers has once again been named one of nine top charities by charity evaluator GiveWell for its work on treating children for parasitic infections, a process also known as deworming.

The announcement from GiveWell, a non-profit organisation that carries out in-depth analysis to find and recommend outstanding charities to donors, comes as Sightsavers celebrates the distribution of its one billionth NTD treatment this week.

The elimination and control of five neglected tropical diseases (NTDs), some of which cause severe disfigurement and disability, is a core part of Sightsavers’ work.

Sightsavers is being recommended by GiveWell to scale up its deworming programmes to distribute treatment for schistosomiasis and soil-transmitted helminths (STH), as part of integrated NTD programmes in a number of sub-Saharan African countries, including Nigeria and Guinea-Bissau.

Sightsavers CEO Caroline Harper said: “Our NTD programmes, including deworming and treating several disabling parasitic infections, are incredibly cost-effective, which was key to GiveWell’s decision to choose our deworming programme as a top charity. We were also endorsed because of our standout record of transparency.

“We are very excited to have been rated so highly by GiveWell. NTDs are diseases of poverty and can devastate the lives of children, adults and entire communities. Working with GiveWell will allow us to have even greater impact for affected communities in Africa.”

There is a significant need for such programmes, with one in seven people worldwide suffering from NTDs. This group of diseases affects the world’s poorest, most marginalised, and most remote communities. 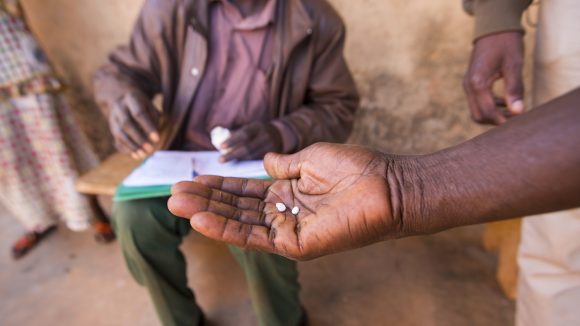 Sightsavers carries out deworming programmes in sub-Saharan African countries including Guinea-Bissau and Nigeria.

For every £1 we receive, including donated supplies, 91% goes on our vital charity work

Why to donate to Sightsavers

Find out about our programmes 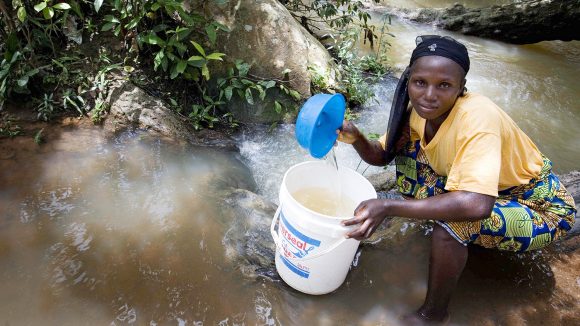 What are intestinal worms?

Intestinal worms, also known as ‘soil-transmitted helminths’, are part of a group of conditions known as neglected tropical diseases (NTDs). 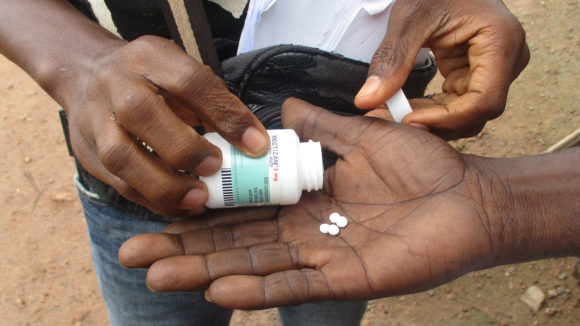 Schistosomiasis, also known as bilharzia or ‘snail fever’, is caused by parasites released by freshwater snails. It can cause pain, diarrhoea and death. 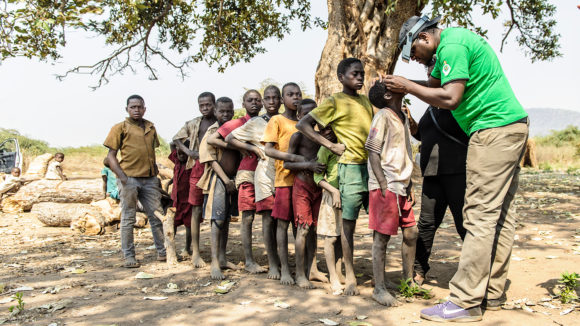 Find information about NTDs, a group of 17 parasitic and bacterial infections, some of which kill and others cause physical impairment, including blindness.