UK Prime Minister Theresa May has praised the impact of Sightsavers’ three-year Million Miracles campaign to fund a million cataract operations in Africa and Asia.

She was speaking at a reception in Downing Street last night to celebrate the impact of the Department for International Development’s Aid Match scheme. The event was attended by Sightsavers CEO Dr Caroline Harper and leaders of other international development organisations.

Under Aid Match, the UK government matches any money donated by the British public for specific causes, and last year Sightsavers was one of the NGOs selected to benefit. This enabled us to reach the three-year target we set in 2014 of raising funds for a million sight-saving cataract operations.

Mrs May said: “From projects led by Water Aid, which are improving access to water, sanitation and hygiene in Mozambique and Sierra Leone, to the completion of the Sightsavers campaign to provide a million cataract operations in Africa and Asia, all of these projects and more are literally changing lives.”

Dr Harper said: “It is a great honour to hear Sightsavers’ work recognised in this way. Cataracts are the leading cause of blindness across the world and Aid Match enabled us to make a successful push to meet the ambitious target of raising the money for a million cataract operations by the end of 2017. We were really excited to hit this target – but it’s important to remember there are still many millions of people needing this straightforward, life-changing operation, and we will redouble our efforts to reach them.” 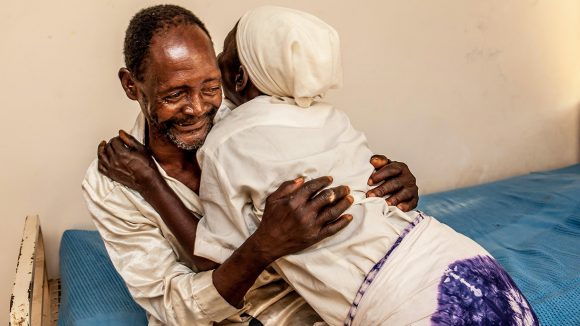 The campaign is Sightsavers’ most ambitious to date and aims to provide a million sight-saving cataract operations in some of the world’s poorest communities. 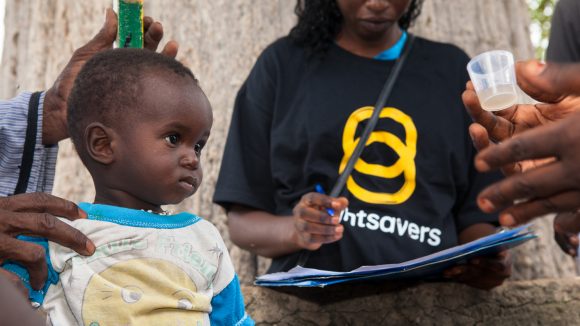 The study, published by the New England Journal of Medicine, could change how programmes are delivered in developing countries to ensure more children survive past their fifth birthday. 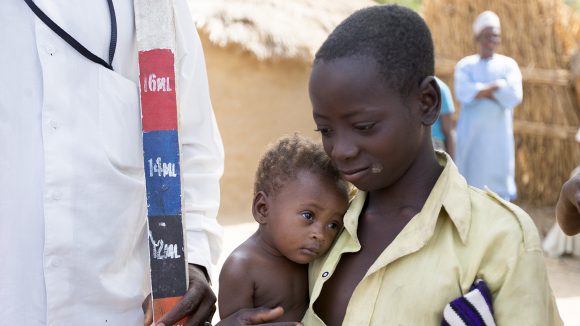 The Commonwealth 2018-2020 Fund will help millions of people to avoid the pain, blindness and poverty that trachoma can cause.

During her talk in Vancouver on 11 April, Caroline Harper urged philanthropists to support a new project that could help to eliminate the disease.