A picture taken by photographer Peter Nicholls to document Sightsavers’ work in Ghana has been awarded first prize by the International Trachoma Initiative (ITI).

ITI launched the competition to mark its 20th anniversary and celebrate the work of ministries of health and their partners who are implementing the SAFE strategy (surgery, antibiotics, facial cleanliness and environmental improvement) to eliminate eye disease trachoma.

Peter’s winning image shows Abdul-Rahman Neindow, who was suffering from an advanced form of trachoma, being operated on outside his house in the village of Zuozugu in Ghana’s northern region.  The photo is  a favourite of Sightsavers CEO Caroline Harper, who featured it in her recent TED Talk about trachoma.

Ghana successfully eliminated trachoma this year, and the achievement was validated by the World Health Organization in June 2018.

One of the runner-up images, by Telegraph photographer Simon Townsley, also features Sightsavers’ work, this time in Uganda.

The top 20 images chosen by the judges were on display during the 18th Trachoma Expert Committee meeting, held in Atlanta in June. See the winning photos. 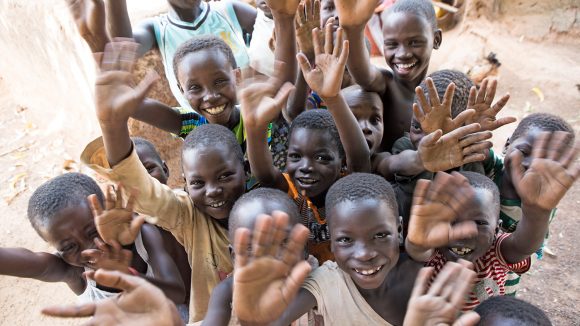 In June 2018, Ghana became the first Commonwealth country to eliminate trachoma, as validated by the World Health Organization.

We’re so close to eliminating trachoma for good