A range of disability-inclusive dolls has been launched to teach children about disability, with 10 per cent of the sales from each doll donated to Sightsavers and other charities.

The dolls are made by One Dear World, which already sells a range of multicultural soft toy dolls. The new range, funded through a crowdfunding campaign, includes six dolls representing visible and non-visible disabilities including autism, Down syndrome and hearing impairment.

One of the dolls, called Fei, is from China and has a visual impairment. Ten per cent of the sales from Fei will be donated to Sightsavers.

Each doll comes with a booklet featuring information about its background, an example of a famous role model with the same disability, and more information about the disability. As well as appealing to children, the dolls are also aimed at parents and educators, to enable them to start conversations about inclusivity and diversity.

One Dear World founder Winnie Mak said: “We believe all children should have dolls that represent them, as well as dolls that look different from them so that they can grow up with a vision of being friends with anyone, regardless of race, gender or disability.”

Sightsavers corporate relationship manager Ed Hennessy said: “Sightsavers works to promote inclusive, quality education, giving all children, including those with disabilities, the chance to go to school. We are thrilled that One Dear World is teaching children the importance of accepting themselves and others, and supporting charities such as Sightsavers at the same time.”

The crowdfunding campaign to fund the project is open until 23 October. 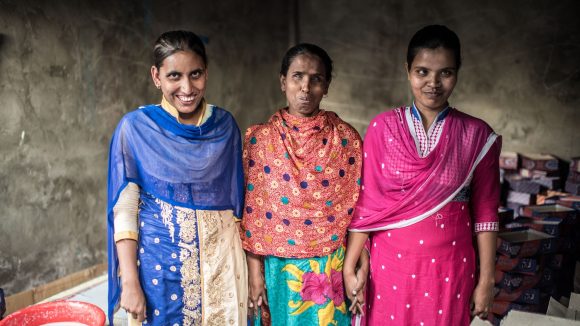