An interactive photo exhibition which provides an artistic representation of sight loss from blinding trachoma has been given an award.

Sightsavers’ temporary exhibition BLINK – The End is in Sight was recognised at the Drum Design awards in the category of ‘Experiential Design’ and was highly commended in the ‘Design for Good’ category. Judges at the Design Awards, which recognise the latest innovation and creativity in marketing and communications, said the exhibition created a unique way of showing the devastating impact of trachoma.

The exhibition featured the work of famous photographers, including fashion photographer Nick Knight; the late David Goldblatt; and photojournalists Kate Holt, Georgina Cranston and Tommy Trenchard. They were all asked to donate images of a sight they would miss if they were to lose their vision.

It was held at London’s iconic OXO gallery in October 2019 and gave visitors an insight into what it’s like to live with trachoma, a neglected tropical disease that causes a slow and painful deterioration in eyesight. The infection starts like conjunctivitis but if left untreated, can cause years of agony as the eyelashes turn inward and scratch the eyeball – irreversibly damaging eyesight. 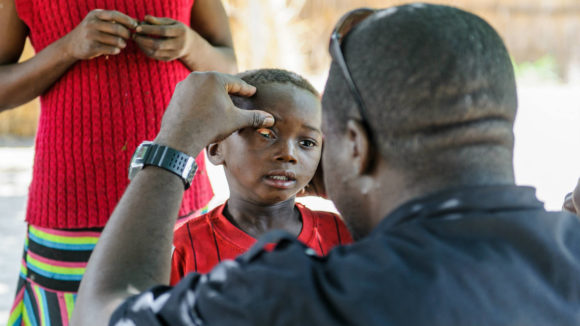 The End is in Sight

We’re on a mission to end the pain and devastation of trachoma and save millions from the threat of going blind.

MET Studio, alongside Barker Langham and Jason Bruges Studio, helped to develop the exhibition. They created an interactive experience that provided an artistic illustration of the sight loss associated with trachoma. The digital photographs on display slowly deteriorated over the course of the exhibition, triggered by the blinks of those viewing them – the more blinks, the greater the rate of decay. By the end of the exhibit, the photographs were almost unrecognisable.

Ella Pierce, Sightsavers’ director of fundraising and marketing, said: “BLINK was a bold exhibition that shone a creative light on avoidable sight loss through trachoma. We’re really proud to have won this award and are grateful for the support of the amazing creative agencies who were the driving force behind this exciting event.”

In areas with limited access to healthcare, such as rural parts of Africa, people infected with trachoma often turn to homemade methods of dealing with the pain and discomfort, like plucking out their eyelashes every few days. The disease can force people to give up their livelihoods and become reliant on members of the family or community.

Sightsavers’ End is in Sight campaign is working across Africa and Asia to eliminate trachoma. The infection can be cured with antibiotic treatments costing as little as 15 pence and in the later stages of the disease, a quick operation can fix the discomfort and often restore sight – and people’s livelihoods. 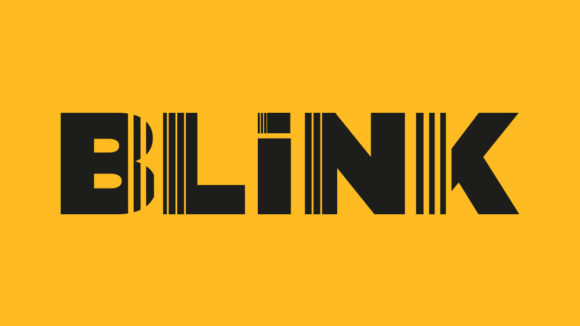 Take a virtual trip round the exhibit with our audio guide to the gallery. 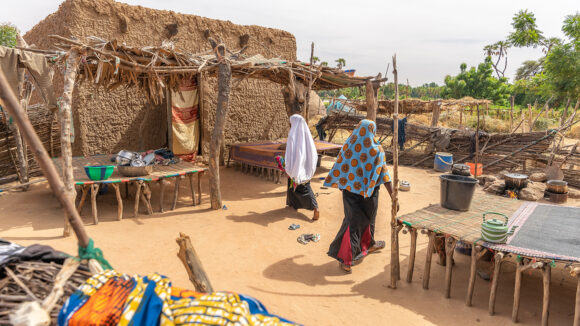 The road map lays out the World Health Organization's strategic and programmatic response to NTDs in the next decade.

Fight against NTDs continues despite pandemic

More than 35 million treatments were given out in 2020 as part of global efforts to tackle neglected tropical diseases (NTDs).