Giving a donation to Sightsavers can help us to reach more children like Omari and transform their lives for the better. 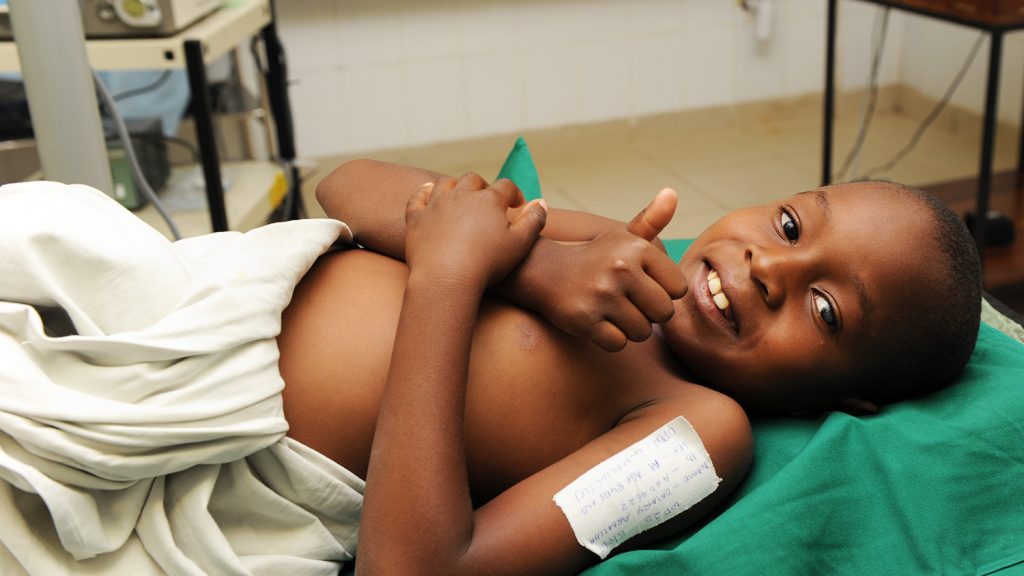 Eight-year-old Omari has cataracts. This usually happy boy used to love playing football and going to school with his friends.

But his cheeky grin was recently replaced with a frown as he had to stop doing the things he loves: his vision had become so bad that he couldn’t even read the writing on the blackboard at school.

Most of us would associate cataracts with an 80-year-old, not an eight-year-old, but they can affect anyone. This small build-up of protein in the eye may not seem urgent, but if left untreated it can cause irreversible blindness. So for children like Omari it is a race against time to operate before his sight is lost forever.

Luckily for Omari, his eye condition was caught just in time. His mother took him to a Sightsavers-supported hospital, where he was examined, diagnosed and referred for an operation.

When his bandages came off it was clear he could see immediately and he started excitedly making plans for his future – mostly involving football!

Sightsavers is an international organisation that changes lives for the long term, in some of the poorest parts of the world. It’s thanks to generous regular support from people like you that we’re able to fund treatment for children like Omari. But there are still countless people in need. Can you help us reach them?