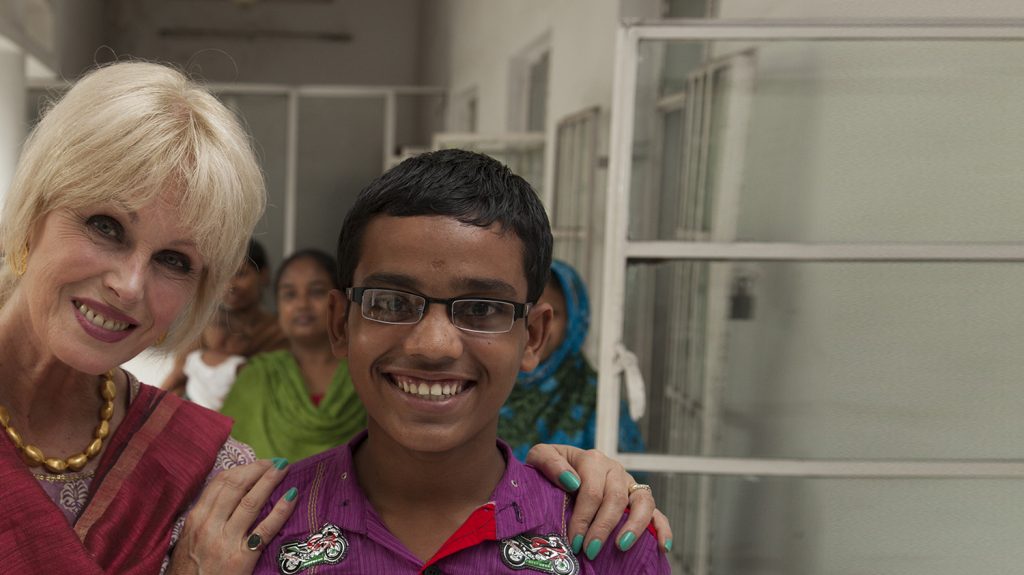 Watch the video below to hear Joanna reflect on her experience meeting Arif.

Back in 2005, five-year-old Arif’s days were spent sitting inactive in front of the house and, if you know any five-year-olds, you’ll understand how upset he was to be unable to run around with his friends and play games.

His mother had noticed white spots appearing in both his eyes when he was a few months old. They’d slowly become larger until his sight was so poor, he was unable to do much without support.

In areas with access to skilled teachers and assistive technology, being visually impaired doesn’t consign you to sitting alone, being denied an education and the opportunity to become independent. But in Arif’s village, the lack of this type of support meant he would have struggled to attend school or keep up with his peers, making him dependent on his family for the rest of his life.

A medical checkup provided by a community-based rehabilitation programme changed the course of Arif’s life. After being diagnosed with cataract in both eyes, he was referred for surgery. Joanna Lumley visited Bangladesh to see Sightsavers’ work and saw his bandages being removed after his second and final operation. The Scotsman reported:

“You may take the bandages off,” Lumley was told, and the air of excitement was palpable. Carefully she unraveled the bandage, exposing the slightly bloodshot eye, that for the first time ever began perceiving not just light but people, faces, objects.

‘Lumley “cried like a hound”, she says. Even the hospital director, well used to such operations, had great tears splashing off her cheeks. “You cannot remain unaffected by it. You cannot become hardened to it,” says Lumley.

Arif had other things on his mind. [The toy truck he had been given] mesmerised the little boy, his eye exploring it in the way once only his fingers could. And for the first time, Arif saw that it was blue.’

Read the full article in The Scotsman.

Fast-forward eight years, and Joanna Lumley has returned to Bangladesh to catch up with Arif and see how he’s progressed since that extraordinary day. He is now 13-years-old and attending high school. Since the operation, Arif says: “My life has fully changed. Now I’m seeing everything, playing, running and studying. My favourite subjects at school are agriculture and social science, and I want to be a doctor when I grow up.”

Arif  said he was “very excited to see Joanna again, she loves me like my mother. After the operation, first I saw my mother and Ms Joanna. I got back my life again. I never forget about that day.”

Joanna Lumley stands besides Arif, outside infront of green plants.

“My life has fully changed. Now I’m seeing everything, playing, running and studying” 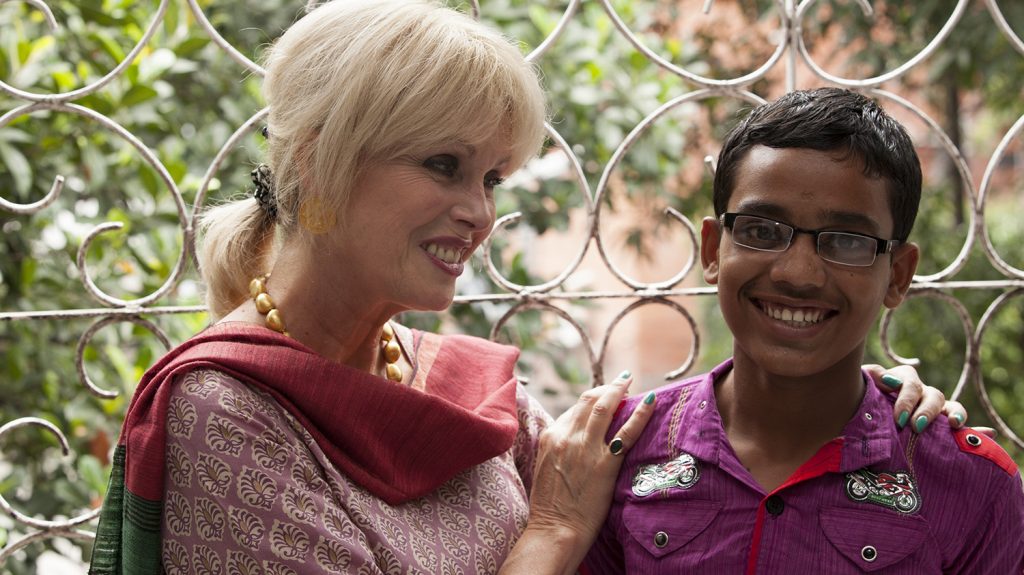 Find out more about our celebrity supporters