“Now I can set an example of work for my children” 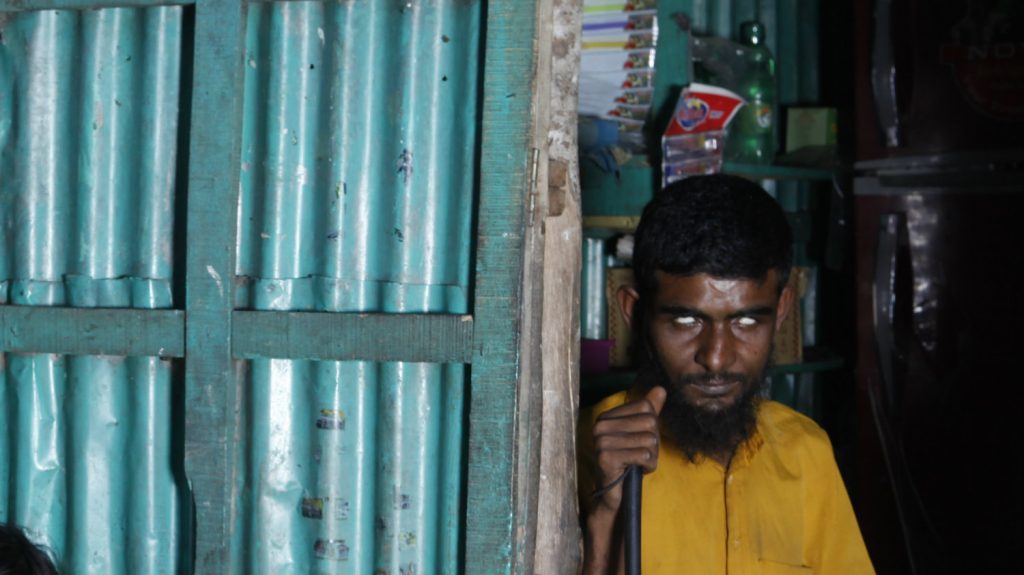 Hazrat Billal loves his grocery shop. He’s open whenever his customers might need him, from early in the morning to late at night, and does a roaring trade in soap and cooking oil.

Hazrat keeps a tidy establishment – that way he can find anything he’s asked for. But handling money can be tricky. Hazrat can’t see, so the values of similar notes are hard to tell apart.

Blind since birth, the 39-year-old is used to coping with the daily challenges of sight loss. He’s been luckier than many people in his situation, having relatives who are willing and able to support him through life. But when he got married and he and his wife Shomola had two children, Hazrat didn’t feel like the father he wanted to be. He didn’t have the confidence or practical skills to earn a living for the family himself. So, what changed?

From empowerment to a new life

In 2008, Hazrat met a staff member from Sightsavers’ Bangladeshi partner Action for Blind Children (ABC). Despite its name, ABC works with people of any age who have disabilities, and the staff realised Hazrat’s life was filled with potential, if he could only access the right services. Thanks to ABC’s referral, Hazrat was registered as permanently disabled and introduced to other people with visual impairments – and there’s been no holding him back since.

Hazrat and 20 other members formed a monthly self-help group. They aim to support each other to live independently, become financially independent as a group, and campaign for the rights of people with disabilities in Narshingdi town.

It was this approach that enabled Hazrat to embark on a new life – and he’s delighted at the path he’s taken. “Now I can set an example of work for my children to see,” he explains.

Hazrat was fortunate to have the help of ABC and the support of his family. For millions of other people with disabilities, there’s no funding available for groups such as this, and many are abandoned or neglected by their families, who see them as a burden.

But if we can convince politicians to prioritise people with disabilities in their plans to fight poverty, countless people could live with dignity and purpose, like Hazrat. You can help us make it happen.

Learn more
Hazrat smiles as he sits in his shop.

“Now I can set an example of work for my children to see.” 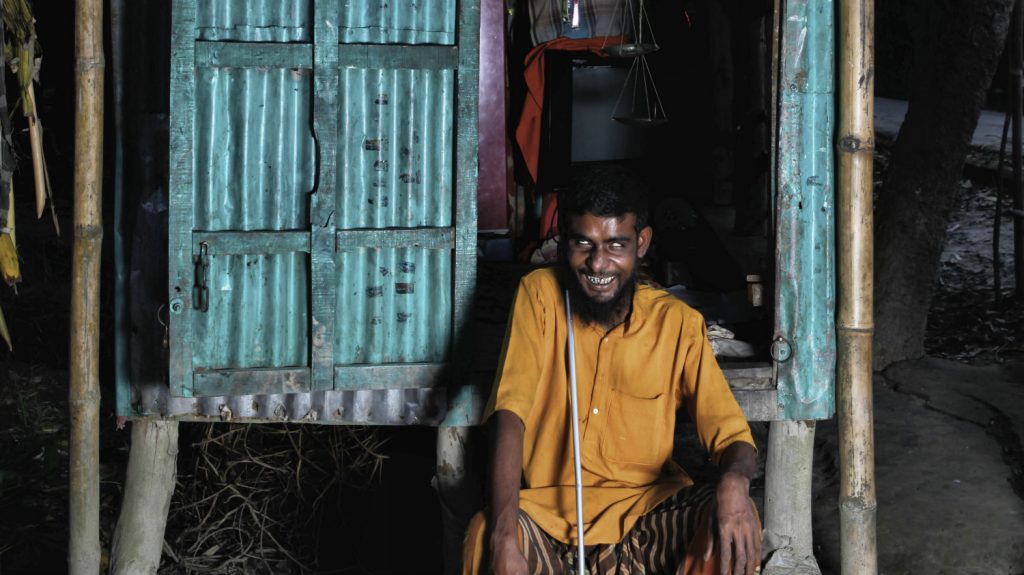 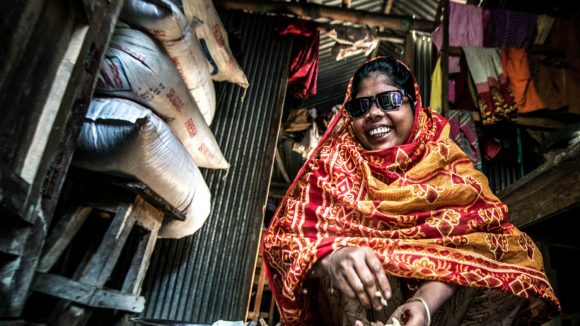 Jahanara was born blind, and for 27 years she rarely left the house. But Sightsavers helped her find her voice, and she now campaigns for disability rights. 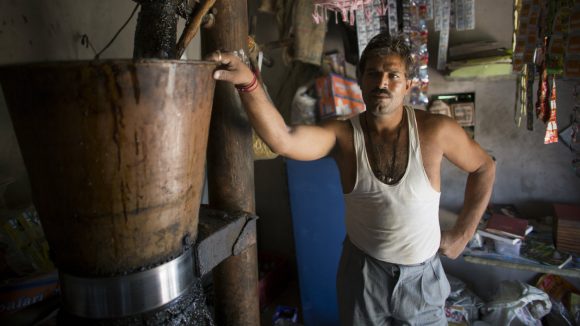 Bhagirath lost his leg in an accident at work at the age of 26. He now campaigns tirelessly to prevent discrimination against people with disabilities.