“My wish is for Sudan to be free from trachoma” 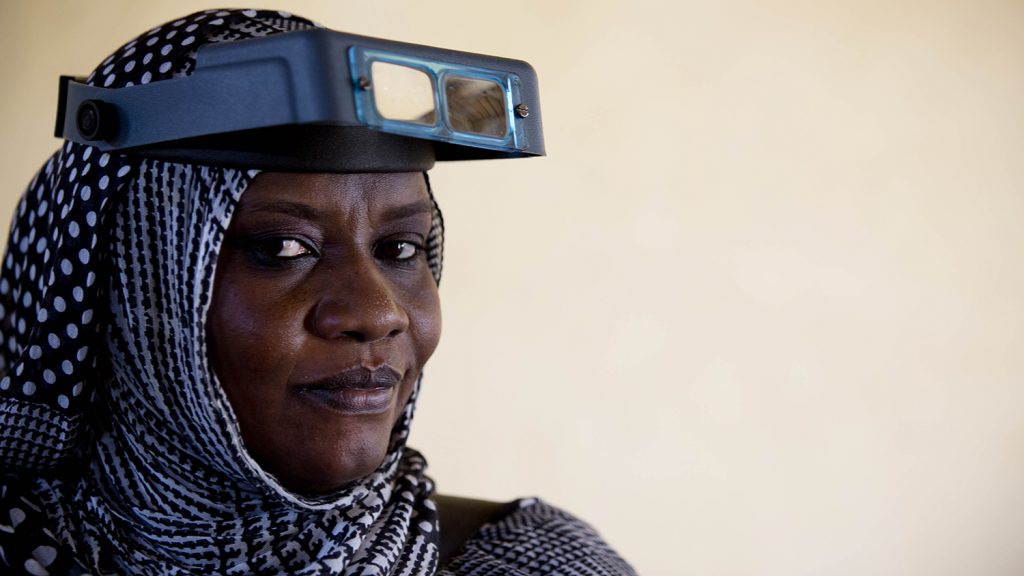 In 2012, a partnership of more than 20 organisations, led by Sightsavers, embarked on the world’s largest-ever infectious-disease mapping project to find out where trachoma – the world’s leading cause of avoidable blindness – was most prevalent.

In less than three years, medical professionals in 28 countries examined more than two million people – that’s one person every 40 seconds – to check for trachoma and enable us to focus on where treatment is most needed.

Sudan is just one of the countries that has been mapped, a country damaged by years of civil war, with much of its population facing an inadequate water supply and poor sanitation. These conditions mean that neglected tropical diseases, such as trachoma, are rife.

Dr Bilghis, who has been an ophthalmic consultant since 2006, leads the Global Trachoma Mapping team in Sudan. She and her team spent three years travelling to some of the country’s most remote, hostile areas to carry out eye examinations in temperatures hitting more than 40 degrees.

“Five districts around Khartoum needed to be mapped and right now we’re on the last one,” says Dr Bilghis. “Our job was to see whether we have trachoma here in Sudan, to assess its magnitude and determine what we need to do about it.”

Covering enormous distances has been one of the main obstacles faced by Dr Bilghis and her team. Some areas are very challenging to reach, particularly those on the outskirts of Khartoum – a good four-hour journey from the centre. For Dr Bilghis, seeing how people live in these rural areas has been fascinating.

“I like this mapping process very much,” she explains. “The communities are very supportive of us and keen to help where they can. Nobody has refused to cooperate – many are used to medics coming to do vaccinations and are very welcoming.”

The challenge of working in Darfur

The mapping in Darfur, an area ravaged by war and disease, proved a lot harder than in Khartoum. “Three areas were accessible only by plane; a few couldn’t be reached at all due to conflict,” she says. “We had to hire commercial vehicles, as UN or NGO vehicles are viewed with suspicion. Not being able to access areas is frustrating, but compared to what we’ve mapped in total, it doesn’t make a huge difference to the bigger picture.”

So what happens if trachoma is detected? “There are different levels of the disease,” explains Dr Bilghis. “Some are treatable with ointment, others have to be referred to the nearest eye-care facility for surgery. Screenings often uncover other sight-related problems too, such as glaucoma or cataracts, in which case we refer them to the hospital. We also teach people about basic eye hygiene, and what signs to look out for, so everyone can work together to prevent blindness in their communities.”

A quest to eliminate trachoma

“I’ve always really enjoyed working with people’s sight,” says Dr Bilghis. “Eye health is very gratifying. It’s one of the few areas of medicine in which results can happen very quickly, and patients are so happy when their sight is improved or restored. Knowing that trachoma could soon be eliminated in Sudan, and knowing I’ve played a part in that, is a good feeling.”

As the project draws to a close, Dr Bilghis speaks passionately about her hopes for the future. “It feels good that we’ve nearly finished mapping the whole of Sudan,” she says. “This is a big country, and we’ve done a very important job. Trachoma is so painful that sufferers pull out their own eyelashes to make their eyes more comfortable – yet it’s an illness that is preventable and treatable.”

A close-up view of Dr Bilghis examining 82-year-old Issa Dawood, who has trachoma., by shining a light into his eye.

“My wish is to have a Sudan that is free from trachoma, and we are now one step closer.” 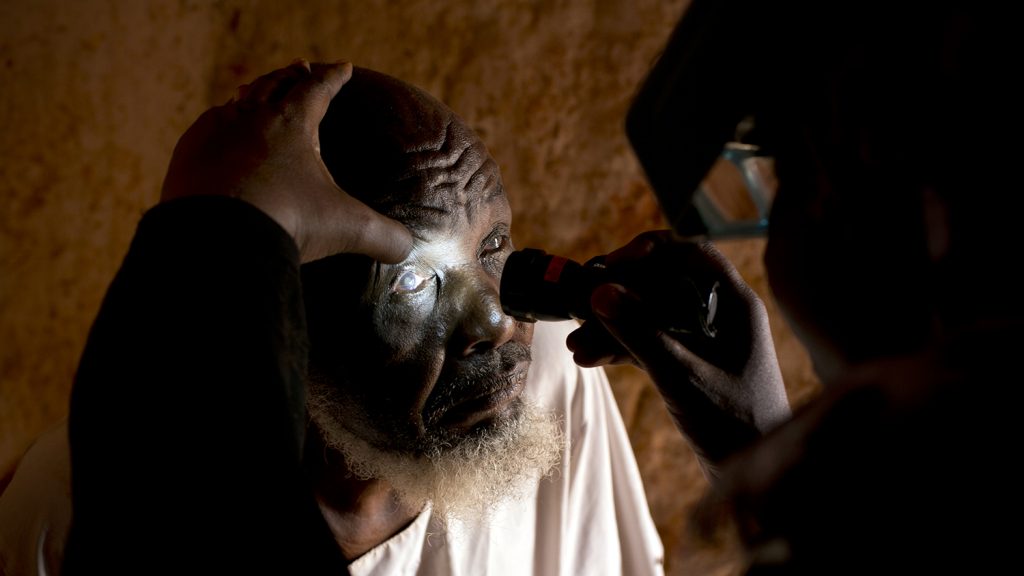 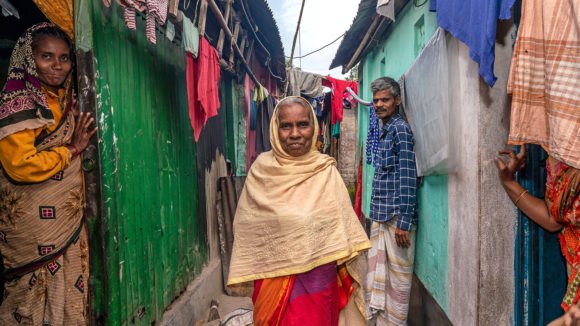 Hasina lives in a camp in northern Bangladesh which has been demolished twice. Since developing cataracts, her fears of being homeless again were heightened.