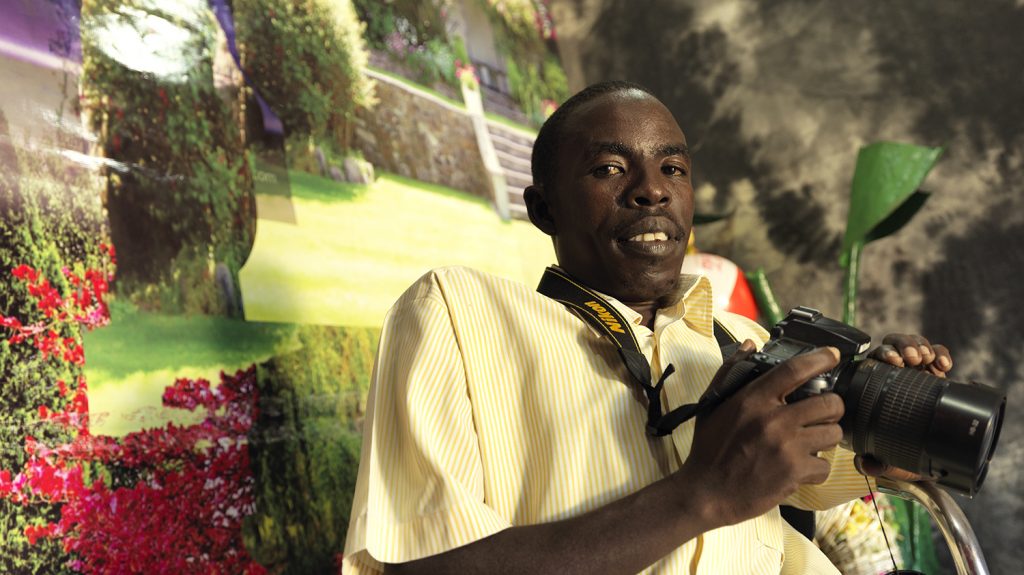 Rajab is the sort of person you want on your team. He’s upbeat and ambitious, and he thinks big.

It’s impressive listening to the 29-year-old talk with unshakeable confidence about becoming a leader in his community – especially considering that 10 years ago he thought his future would only involve sitting at home, unable to support himself or find a career.

“I was the last born in my family of three girls and three boys,” he says. “My disability came as a result of polio. On a day-to-day basis it affects me a lot – when it’s muddy I can’t afford to move around much, I can’t jump, I can’t go anywhere in a hurry. It takes a long time to go to places.”

Rajab dropped out after his senior six year as his mother, a farmer, couldn’t continue to pay the fees for further education. “When I finished school, I sat there for something like three years. I was just at home. I tried to find work but didn’t have qualifications, there was nothing I could do.”

Sightsavers’ Connecting the Dots programme offered him a year’s study at a vocational institute, which showed Rajab that he could find a fulfilling career and build on his interests by gaining computer qualifications. He’d already had some casual experience helping out at his brother’s photography studio, but wanted something on paper to prove to potential employers that he was capable.

“I wanted to get skills in editing, sending photos via email to other people… Now I can sell [images] on memory or on CD. I can give them to a person in soft copy or hard copy. Where do you want your photographs and what size do you want? I love it; this is a work that is not tiresome.”

Rajab didn’t stop at just gaining skills for himself – he became one of the programme’s most vocal ambassadors. He’s joined his brother’s business taking and processing photos, but also works voluntarily alongside Godfrey to advocate for the rights of people with disabilities in Kiryandongo district where he lives.

“I am the youth chairperson,” he tells us, and it’s evident how proud he is of that. The role, he says, involves “sensitising our fellow youth not to ignore themselves… Let them out of the village, let them be in the community. There are people who say disability is a curse, it’s a curse, it’s a curse. They mistreat [people with] disabilities. Some parents won’t take their children to institutes like schools; they’ll say, “I’m wasting my time here with this one.”

But attitudes are slowly changing as people see the results of the Connecting the Dots programme, and realise that people with disabilities have the potential to work and support themselves. “Yeah, the popularity [of the programme] is now very big. Because as I move [through] the district, they know that ‘Hey, there’s a programme going on’. I feel very great to say that I was among the beneficiaries of this programme. Towards the last intake we were given 21 [spaces for new participants], and they had come – more than 60!”

Rajab’s excited about what the future holds, for him and for people with disabilities in his community, thanks to Connecting the Dots. “I feel good, I feel good and what I know [is] it will change more. It will not end here,” he says. “It has changed the community so much, because it has made them know that these people are useful.”

He has strong words about the importance of people with disabilities fighting back against negative attitudes, and being empowered to claim their rights: “Let the law help us. Because while you keep quiet, it’s a problem; you need to raise your voice. You shout where necessary, and you shout in relation to the laws.”

The European Commission has funded the economic empowerment programme since 2012, and additional funding was awarded in August 2017 by the National Lottery Community Fund. This generous support has helped to transform the lives of hundreds of young people with disabilities in Uganda.

Rajab walking along a dirt path with his camera around his neck.

“It has changed the community so much, because it has made them know that these people are useful” 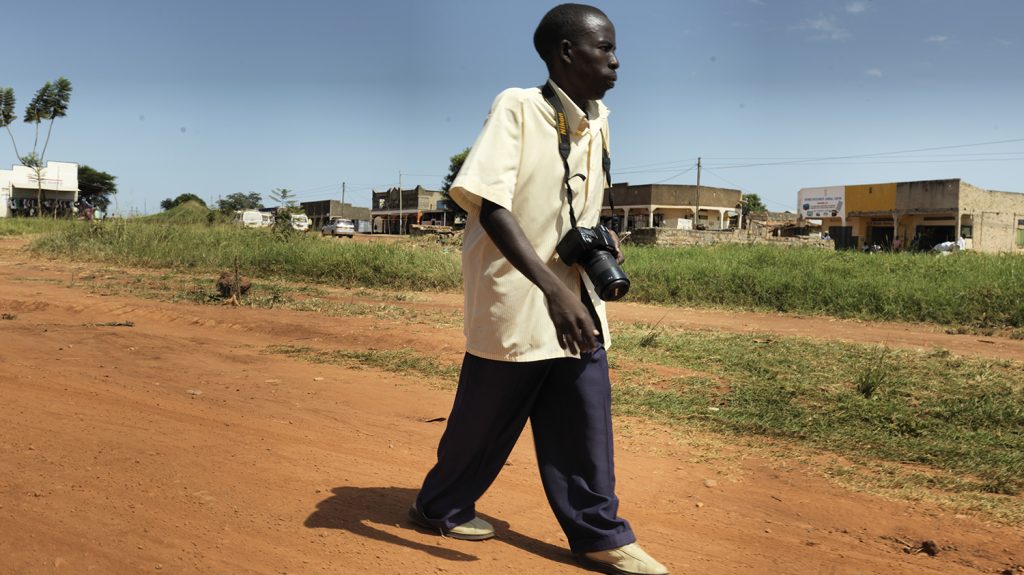 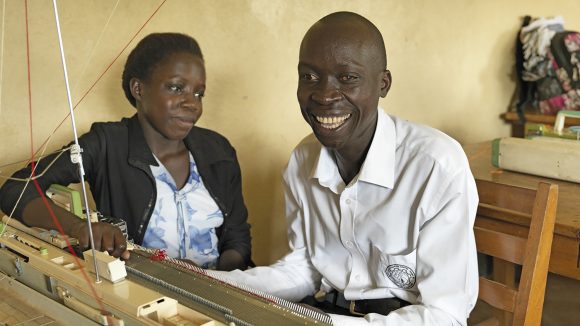 Isaac lost his sight seven years ago, forcing him to drop out of school. He’d lost hope until Sightsavers offered to give him vocational training.