Meet Baraka, who’s adored by all in his village 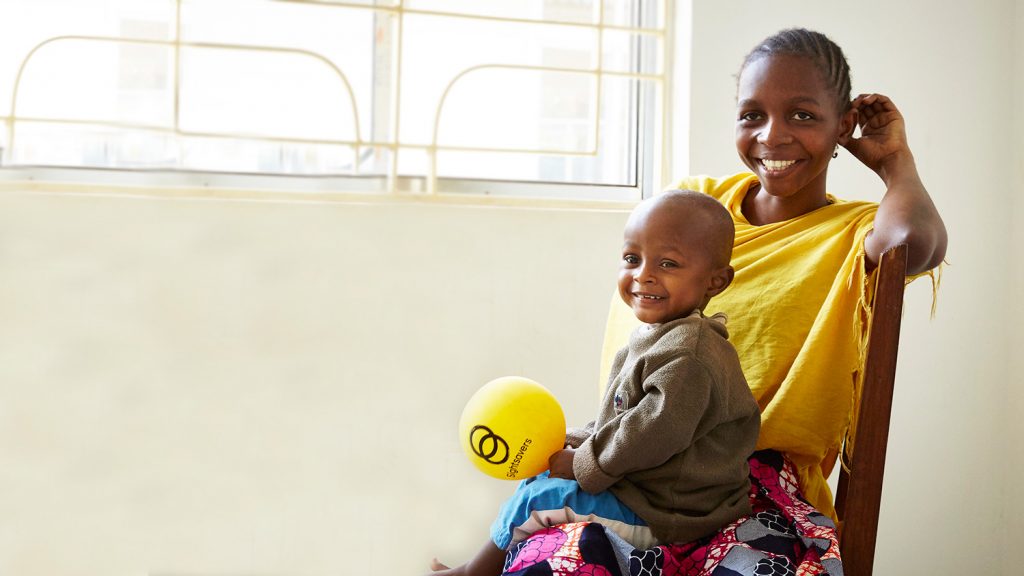 Two-year-old Baraka, from Tanzania, loves nothing more than a good cuddle, and people love giving them to him.

Yet when we first met Baraka, he was unable to see the faces of the people who responded so delightedly to his hugs, including his own mother. Why? He had cataracts that severely affected his vision.

Baraka’s mother, Zena, noticed a problem with her son’s sight a year ago. “Baraka plays less than other children,” she explained. “He does walk around, but most of the time he keeps himself near the walls. Sometimes he falls and hurts himself.”

Zena was very worried for her son

Cataracts are often associated with older people, rather than children, but it can affect those of any age. This small build-up of protein in the eye is especially damaging for children as it can stop their eyes from developing properly. If it’s not treated in time, their sight may never return, leaving them permanently blind.

Zena could see that Baraka’s sight was deteriorating. “He’s never had a serious accident, but once when he was walking around there was a tree just in front of him. Because he can’t see, he walked straight into it and cut his eye.”

Worried for her son, Zena desperately tried to get medical help. Eventually Baraka was diagnosed with cataracts in both his eyes and was referred to the regional hospital, but they didn’t have the facilities there to treat him. So despite knowing what the problem was, she had no choice but to take Baraka home without treatment.

Why does a child cataract operation cost more?

There are three reasons why a child cataract operation is more expensive than adult cataract surgery. First, operating on such a small patient requires general anaesthetic to stop movement and pain. Second, it takes longer for young children to recover, so they often have to stay overnight. And third, specialist surgical supplies, equipment and staff training are often required, so costs soon mount up.

His mother felt defeated. “I came home and I was very sad,” she recalls. “I felt there was no hope for his future.”

Zena was unable to earn for her family. Instead she stayed at home and looked after Baraka all day. At such a young age and with his impaired vision, he was in constant danger of hurting himself.

A diagnosis and the start of a long journey

Luckily for Baraka, soon after he was diagnosed Zena heard about a Sightsavers eye screening clinic happening nearby. “I took him for screening: they looked at him and said they would take him to Muhimbili for the surgery. I felt so good about this.”

Although they had a long journey ahead – the journey to Muhimbili Hospital is more than 100 miles by car – Zena was in high spirits. “I am happy and excited about the surgery and I know it will be fine. With the surgery Baraka will be able to do a lot more things, like playing with others.”

Baraka, being so young, wasn’t so keen on the trip. Zena managed to distract him well, tickling and giggling playfully with him in the back of the Sightsavers ambulance. But as the hospital neared it was hard for even her to hide her nerves.

New lenses that will last a lifetime

When they arrived at the hospital, the crammed clinic was visibly overwhelming for Baraka. He clung to his mother, clearly uncomfortable in the unfamiliar surroundings. Yet he soon quietened down as the two prepared to get some sleep ready for the operation the next day.

The following morning the nurses came to take Baraka to surgery. The stress of the new surroundings and being separated from his mother was tough for him though and he started to cry. But it wasn’t long until the anaesthetic kicked in, so the surgeon, Dr Nyaluke, got straight to work. Dr Nyaluke carefully removed the cloudy lenses from each of Baraka’s eyes and replaced them with new synthetic lenses that would last him a lifetime.

The day was emotional for Zena too. Sitting in the waiting room, she was visibly anxious awaiting the return of her son. But by the time the sun rose the following day all worries were forgotten. It was time for Baraka’s bandages to be removed.

As soon as the doctor carefully removed the bandages, Baraka began looking around. He was a little fearful at first but he finally confirmed, “I’m seeing you” to his delighted mother.

The next step for Baraka was a couple of days’ stay at the regional hospital, where he could recover fully before returning home. But before the ambulance reached the hospital, it stopped off at Baraka and Zena’s home, and for the very first time Baraka saw the faces of his adoring family.

Finally Baraka can see his family

When he arrived at home, he was initially cautious, but he instinctively followed the voices of his aunts and his grandfather, and one by one gave them a big hug. It was a moment of discovery and revelation for Baraka, and one of pure joy for his family.

Zena expressed her gratitude, saying: “I am thankful [to the people who donate to Sightsavers] and I ask that people keep doing the good work. There are many people who cannot afford these surgeries, but with their help many more people can be helped.”

Baraka and Zena stands with his aunts.

Baraka’s journey was truly one from hope to happiness. And it’s one that you can help another family make. 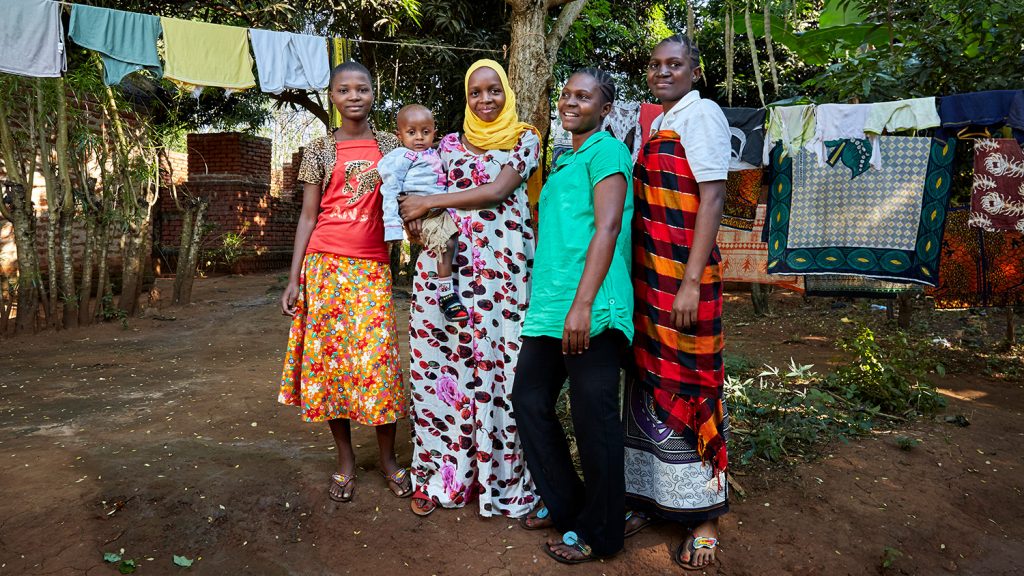 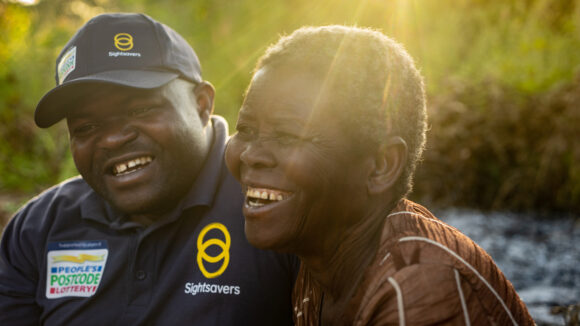