“I am doing well, but I want others with disabilities to do well too” 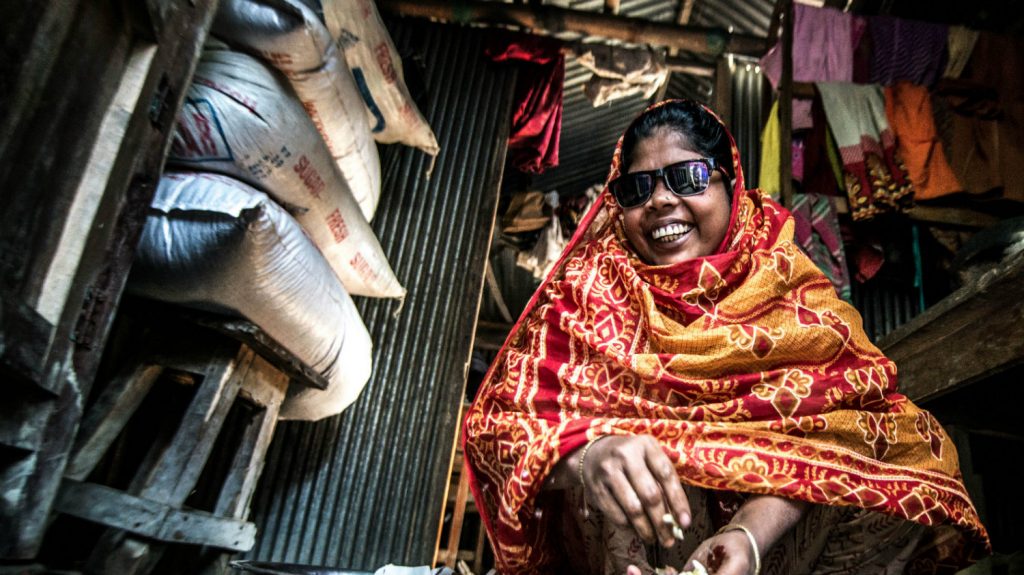 Jahanara is a force to be reckoned with.
The 35-year-old is so articulate that it’s hard to believe she’s had no education: she was born blind and spent the first 27 years of her life unable to leave her house.

She’s the leader of a disability self-help group in Bangladesh, in Raipura sub-district, and co-ordinates the other 29 groups across Narsingdi district. As part of her role, she negotiates with local government, police commissioners, philanthropists and mayors.

“My role is to make the rights of people with disabilities available in society and to ensure they live with dignity,” she says. “I am doing well, but that’s not enough; at the same time I want my brothers and sisters with disabilities to do well too.”

A spokesperson for people with disabilities

Going about her work with grace, charisma and a huge smile, Jahanara is known and admired across the district; when she speaks, people listen.

But Jahanara hasn’t always been so sure of herself. “To be honest, I have the confidence to be able to go to these people and request to be involved because of training provided by Sightsavers,” she says. “This training boosted me up.”

Learning to cope with daily life

Jahanara was born blind, and her parents weren’t aware that it was possible for a person with visually impairments to go to school. As she grew up, Jahanara spent her time at home, denied access to school and then work. But in 2009 she was approached by Abed from Sightsavers’ partner organisation ABC. It wasn’t until that meeting that she realised she could do things for herself.

“He asked me if I knew how to fire a candle or a lamp when the electricity went off,” Jahanara says. “I didn’t, so he showed me how to do it – he struck a match and there was a sound. He said when you hear that sound it’s lit, you take it to the candle and you have light. That inspired me a lot, I really loved it! And from that I got a positive mentality and started to do so many things in my household.”

For three months, Jahanara underwent daily living training: she learned how to take care of herself, do her hair, cook, manage her home, walk using a white cane, use transport, and read braille. At the end of the training she was asked to help set up an organisation that people with disabilities could run to overcome the barriers they faced together, and she jumped at the chance. The Raipura self-help group was established and Jahanara was soon elected president.

Sightsavers continued to support the group, and others in the area, offering training on ways to make a living and run small businesses, and encouraging members to engage with local authorities.

While they flourished personally, the members lacked the experience to really make an impact at a district level. But in recent years an extension to the programme focused on giving group members the skills and knowledge they needed to get their voices heard. They underwent training in human rights, leadership, legal aid and women’s rights, and learned about the national policies around inclusion of people with disabilities.

Bangladesh has a national disability rights and protection act that requires local governments to support certain needs of people with disabilities. But this isn’t widely known – or it wasn’t, until Jahanara and other self-help group members started to demand their rights be fulfilled.

“If everyone works together, anything is possible”

Jahanara has had some incredible successes in her role as group president: she’s helped fellow members who have been physically assaulted get their cases taken seriously by the police, resolved long-running property disputes (including one that had lasted nine years before her involvement) and helped a house owner regain possession after their home was illegally taken over. She ensures members can access funding for wheelchairs, assistive devices and housing support.

“In the past when, you go to the sub-district or district offices, they neglected us. They hardly listened to us. But in the last few years this has changed. Now 80 per cent of the time they listen to us. Self-help groups are important because no one alone can do achieve anything, but if everyone comes together and works together then anything is possible – the impossible can be done.”

As well as being a source of professional pride, the self-help groups have also transformed Jahanara’s personal life. “The most important impact on me is that I was introduced to my husband through the self-help group,” she says with a shy grin. “We had a love marriage [as opposed to an arranged marriage, which is very common in Bangladesh] and we’ve been married around seven years .” Jahanara’s husband Jashim is also blind, and was part of a group in a different area.

The couple run their home, raise their two young sons, (Soab, five, and Tuhin, four) and run a small shop, as well as heading grassroots advocacy across a whole district. Jahanara even takes the time to help educate other people in braille. “I am very busy!” she laughs.

Jahanara has had some incredible successes

Jahanara and Jashim’s achievements have helped challenge local perceptions that people who are blind can’t do anything. “Before the groups started, they didn’t consider people with disabilities as human beings,” explains Jahanara. “They called us local hurtful words like ‘kana’ [a swear word meaning blind] and ‘bhikuka’ [beggar]. Now they don’t consider us people with disabilities, they consider us as ordinary people like everyone else. This is the real change due to self-help groups.

“Previously no one valued us, everyone neglected us, ignored us, we couldn’t go anywhere, we stayed alone at home,” Jashim adds. “Now if there are cultural programmes involved in our local area, we go there and play a song through the harmonium [a musical instrument].”

Despite all that she’s achieved so far, Jahanara has no intention of stopping. “As long as I live in this world I will fight for people with disabilities,” she says. She’s not restricting herself to Narsingdi or even Bangladesh, and she wants support from all corners of the globe.

The Barrier-Free Inclusive Society for People with Disabilities programme was jointly funded by Sightsavers and the European Commission from 2013 to 2016.

“As long as I live in this world, I will fight for people with disabilities.” 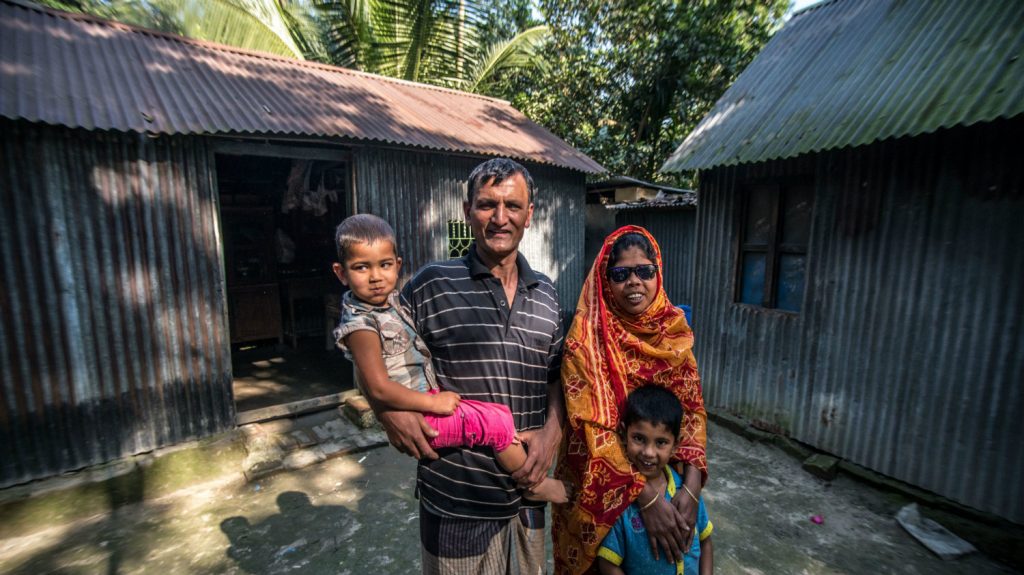