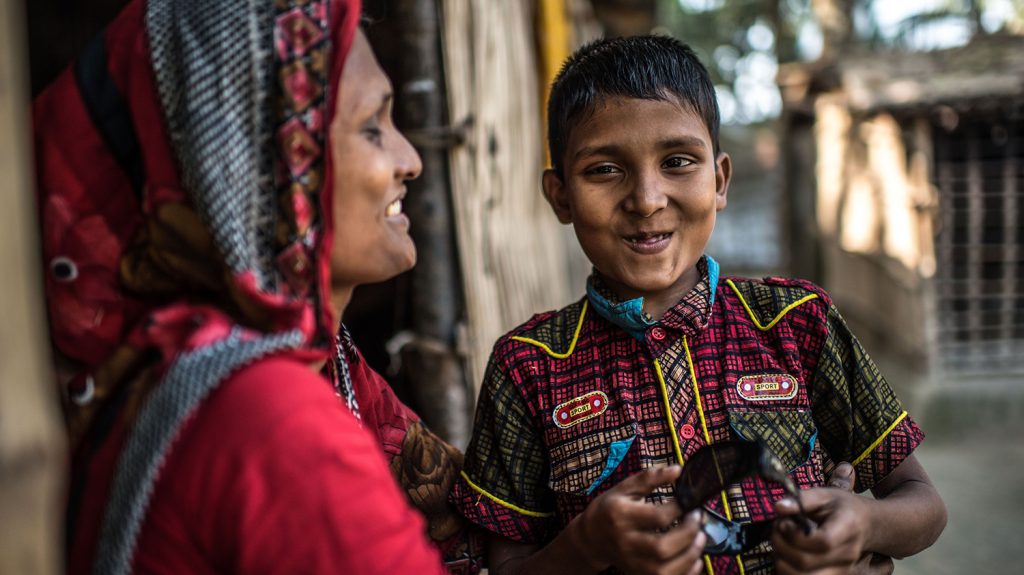 In many parts of the world, Facebook is used on a daily basis to chat to friends, share photos and keep up to date with current events. But in less developed countries, where access to the internet is limited, Facebook is a luxury and on occasion can make a huge impact on someone’s life.

Thanks to the use of Facebook’s messenger tool, nine-year-old Polok from Bangladesh has regained his sight.

His family have very little money and are not educated in basic reading and writing skills, and it wasn’t until Polok started learning to read for himself that his family got an idea of how poor his vision was.

Realising he had a serious problem, they were distraught. “If there is no sight, there is no world,” said his father Tariqul. “If you don’t have sight, how can you earn? How can you eat or run a family?”

In desperation, they began to search for information about treatment. A local doctor told Polok’s parents that he was unable to help, but explained that Sightsavers offers free operations in Bangladesh and he thought Polok would be eligible.

Polok’s cousin Sisan, who is studying medicine, is more financially stable and owns a mobile phone, which he used to find Sightsavers’ global Facebook page and send an urgent plea for help. The team replied straight away and organised for a field officer to examine Polok. Within days, the family were on their way to Khulna hospital four hours from their home, where Polok was diagnosed with cataracts in both eyes and given the go-­­ahead for surgery.

During his first operation, one of Polok’s cataracts was removed, enabling him to see more clearly. When his bandages were taken off it took a little while for his eyes to adjust, but after a few minutes he began to blink – to his mother’s delight, he started answering her questions, confirming he could see more clearly.

His father Tariqul was delighted with the change. “Before, when I asked Polok to bring something, he would just search. Now he can fetch things without any problem. We hold fingers up and he can count them. Before, he used to fall down – in the past two days he hasn’t fallen down. We now have hope for his future.”

The family will soon take Polok for his second cataract removal. His vision will never be perfect because of the time it took for him to be diagnosed – in children, if cataracts are not caught in time they can cause the eyes to stop developing, and the child’s sight can never be fully restored. But there has been a huge improvement in Polok’s sight, and it won’t deteriorate further as it would if left untreated.

Thanks the easy use of Facebook Messenger and the quick response from Sightsavers UK, Polok can now play with his friends, help in the home and gain an education.

Polok is being held by a family member. Around 20 other people are in the group photo, all are smiling and standing.

Thanks to Sightsavers’ help, the future looks bright for Polok. 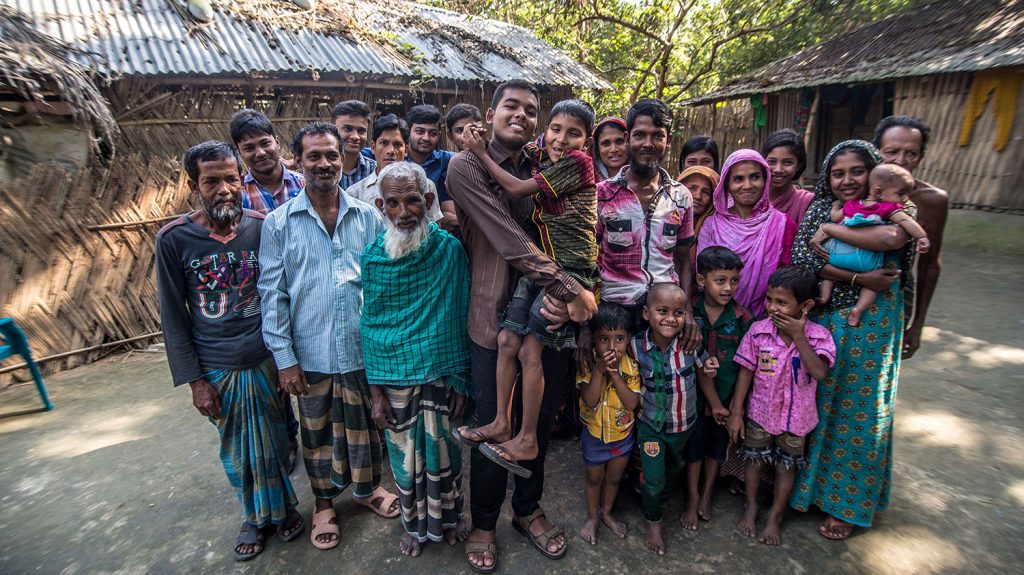