In the fight against trachoma, no one should be left behind 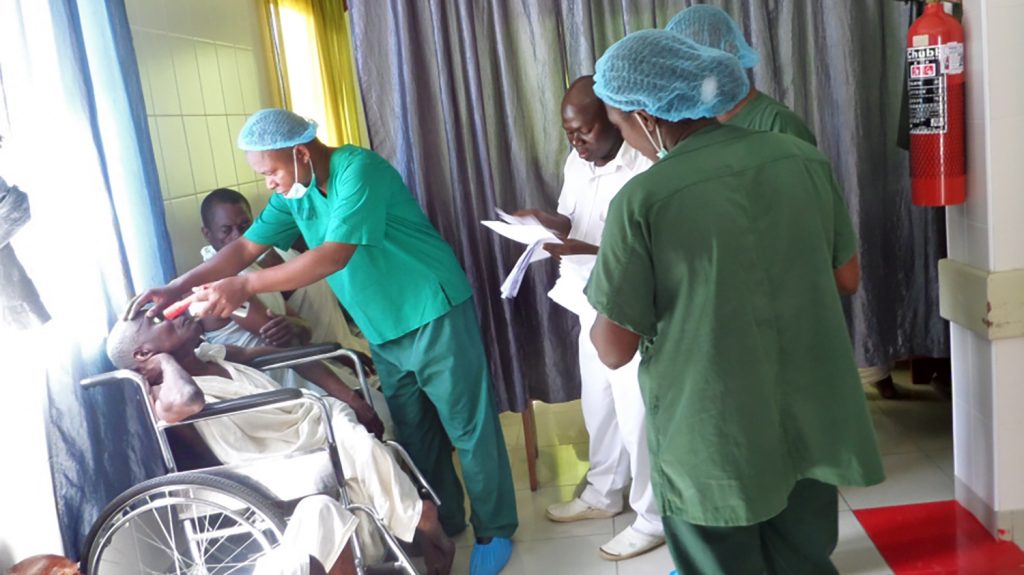 Augusto Suale, from the Mussoril district of northern Mozambique, has had a physical disability in his legs since he was a teenager, which developed after a long illness. He has used a wheelchair ever since.

Yet it hasn’t stopped 63-year-old Augusto making a living as a bicycle mechanic and supporting his family of 10 children. He now has 12 grandchildren, including a grandson he still lives with.

However, a few years ago he started having problems with his eyes: he developed cataracts that affected his vision, and noticed his eyes were very painful when he blinked. He had trachoma: an infectious eye disease that causes the eyelashes to turn inwards and scrape against the eyeball, permanently damaging the surface of the eye. Without treatment, Augusto risked going blind.

His eye problems were so profound that he couldn’t see to work, and he became dependent on his daughter for food and care. Without her, he said, he would not have survived. It became more difficult for Augusto to leave the house. Eventually he stopped visiting his relatives and friends, and became socially isolated.

By 2015 his eyesight had deteriorated so much that he was referred to the nearest hospital in Nampula. But he couldn’t afford to make the 230km round trip, and was concerned that he wouldn’t be able to take his wheelchair on public transport. “I just gave up on the possibility of getting treatment,” he says.

Augusto’s situation is, unfortunately, increasingly common in low and middle income countries for people with disabilities. Lack of transport, inaccessible services, discrimination and poverty can all prevent them receiving the medical treatment they need. That’s why Sightsavers champions accessible, inclusive healthcare, actively encouraging people with disabilities to visit outreach camps for health checks, and supporting them so they can be treated.

Luckily, Augusto was given a follow-up appointment with a local ophthalmic technician.  Solutions were found to overcome the issues he faced: he needed surgery, so transport was arranged to take him to and from hospital.

This bacterial infection can cause scarring to the eyelid, turning the eyelashes inwards so they scrape agonisingly against the eye.

In January 2016, Augusto had surgery to correct the damage to his eyes caused by trachoma, and was scheduled for follow-up surgery to treat his cataracts and restore his vision.

He has now not only returned to work, but is able to socialise with friends and attend community events.

“I feel very happy to have regained my vision,” he says. “Now I can make my own tea, cook, wash my clothes and move around because I see well now. If I decide to visit my daughter or to the mosque, I don’t need help: I decide to go and I go.”

Augusto’s story shows why it is so important that trachoma treatment programmes provided by Sightsavers and its partners must reach everyone who needs them, ensuring no one is left behind.

Augusto’s treatment was provided by the Trachoma Initiative, funded by the Queen Elizabeth Diamond Jubilee Trust. 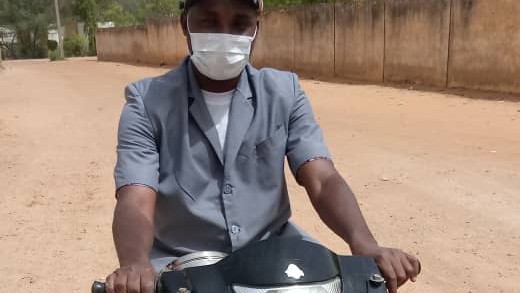 Dozens of people have received vital post-operative treatment for trachoma despite COVID-19 restrictions, thanks to eye surgeon Kabir Yahaya.