“I feel happy I can do something to protect my children” 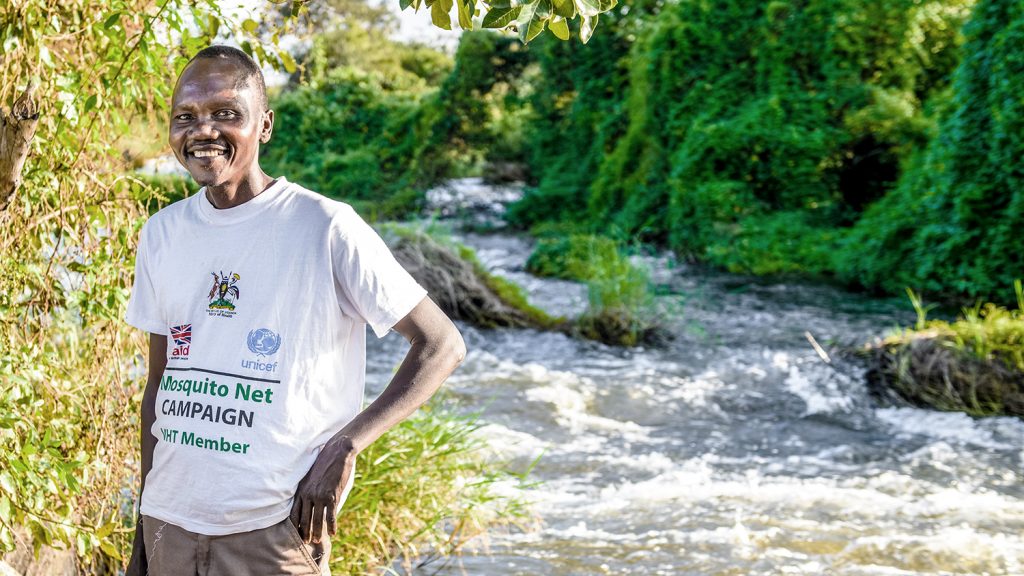 Okello Charles was inspired to join the global battle against avoidable sight loss after seeing many of his friends and family lose their sight to river blindness.

The 35-year-old volunteered as a ‘fly catcher’ on the Aruu river in northern Uganda, near his village of Lapaya, which is a breeding ground for the tiny black flies that spread the disease.

Fly catchers are the frontline heroes in the global fight to eliminate river blindness, an infectious disease that can eventually lead to irreversible sight loss.

In this area of Uganda, the fly catchers spend 12 hours once a week sitting on rocks close to the river. They wait for the flies to land on them: when they spot one, they catch it in a test tube before it has a chance to bite them.

The volunteers record how many flies they catch each hour and each day, to monitor how many there are in the area. The flies themselves are then preserved in liquid and sent to a lab for testing. This is vital in the fight to control the disease: it is important to know both how many flies there are and to what extent they are carrying the parasite that causes river blindness.

The team also doses the river with chemicals to prevent the flies from breeding, a process known as vector control.

What is river blindness?

This parasitic infection can cause severe skin irritation, itching and, over time, irreversible blindness.

More on river blindness
A fly catcher places a test tube on his colleague's leg to catch a fly that has landed there.

“I have many friends and relatives that have gone blind. That is what encouraged me to be part of the team that catches flies.” 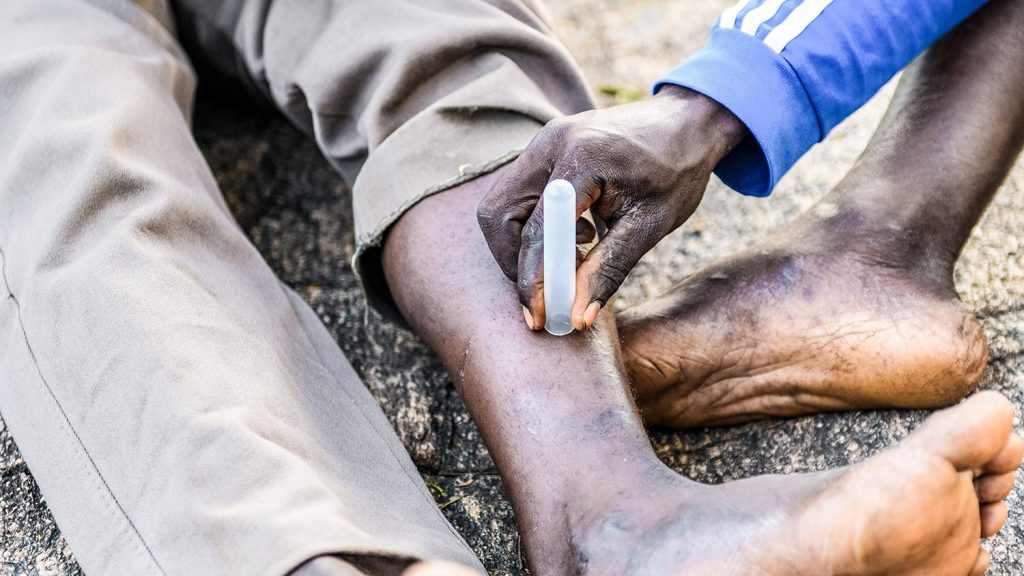 Okello now works as a local volunteer, distributing the antibiotic Mectizan® to treat the disease. Despite this, he didn’t originally take it himself, so eventually he became infected and began losing his sight.

He has since started taking the medication and it has made a huge difference: his sight is now returning, and he uses himself as an example when people are reluctant to take the drug.

“I always educate that person who is hesitant to take the treatment,” he explains. “I give the example of myself – I tell the disadvantages I had before taking the treatment. Right now, where I distribute drugs, nobody is resisting.”

His work is part of the UK aid-funded programme to eliminate river blindness and lymphatic filariasis.

Okello says that since the work to eliminate the disease began, it is noticeable that there are fewer flies around and that fewer people are going blind in his village. This makes him feel that the work of the fly catchers is paying off.

He explains that in 2007, around half the people his village were blind from the disease, and the volunteers would usually catch between 50 and 100 flies each day. However, there haven’t been any new cases of river blindness in the village recently, and the team caught less than 100 flies in the whole of 2017.

“Now I feel happy that my children are not blind,” says Okello. “I see they are going to be well.”

The vector control programme is funded by the UK government’s Department for International Development (DFID), and treatment distribution is run by the Carter Center.

A group of fly catchers stand by the river in Pader, northern Uganda.

“My children are going to have a future, and I can do something little to help them.” 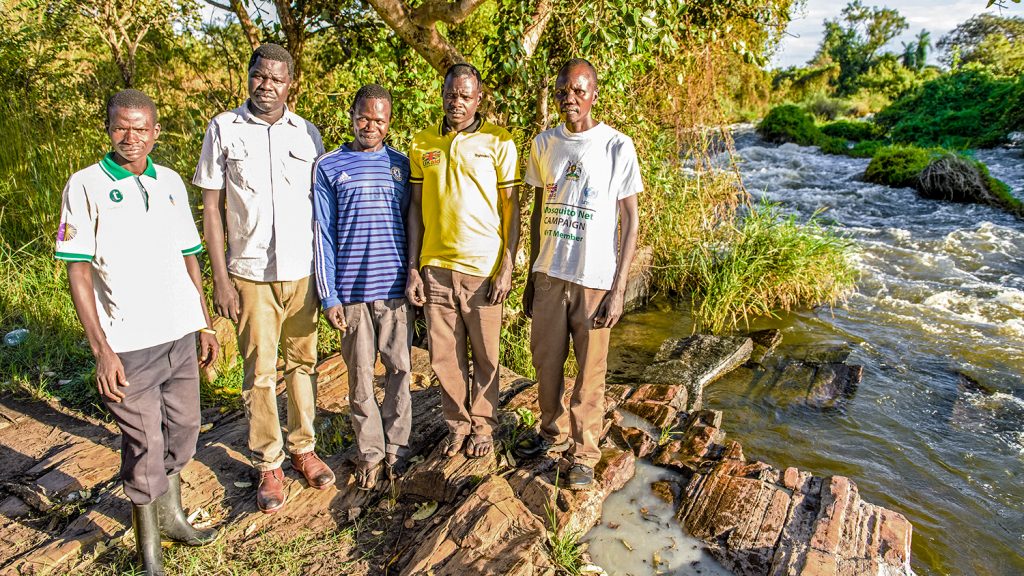