The agony of trachoma and the fear of treatment 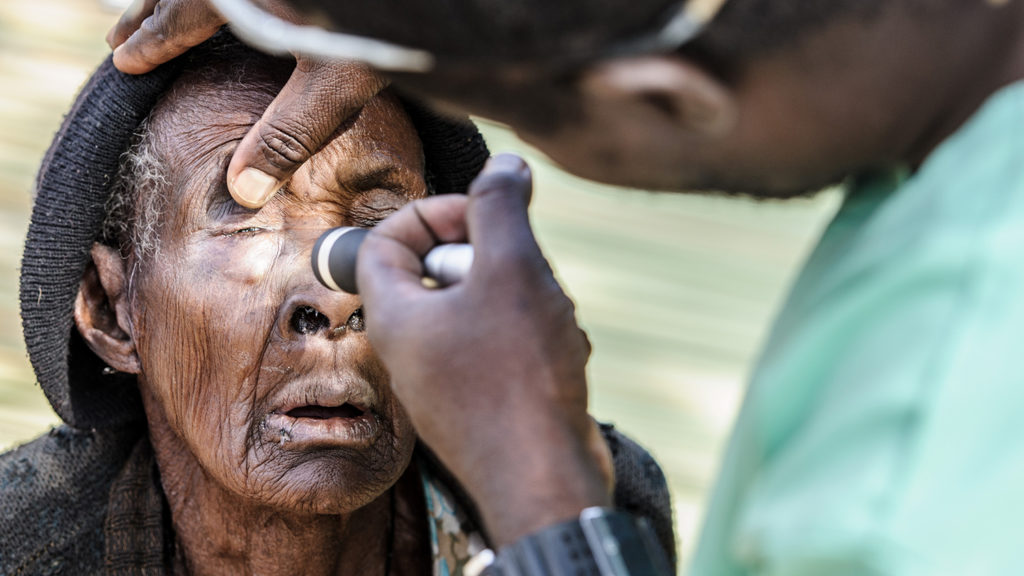 When the Sightsavers team in Zambia met 85-year-old Namakau Kakupa, she was dressed in ragged clothes and sitting alone on a straw mat in the yard.

A local man in the village of Nakole had suggested that ophthalmic nurse Mr Ndalela call on her, hopeful that he would be able to restore her sight.

Sadly, though, Namakau is irreversibly blind. She is one of 1.9 million people who are visually impaired or have lost their sight because of trachoma. What makes Namakau’s story all the more tragic is that trachoma is preventable and treatable if caught in time.

Mr Ndalela thinks it is likely that she contracted the disease decades ago and it developed into trichiasis, a severe form of trachoma. Over the years, the painful infection caused her eyelashes to turn inwards so that with every blink they scratched her corneas. Eventually, she went blind.

Now, even though Namakau’s sight is gone, her ingrowing eyelashes still cause her immense pain.

Mr Ndalela explained: “The stumps of the eyelashes cause continuous trauma, and the infection can cause issues that can lead to infection of the eyeball. Given septicaemia in the whole body, it can lead even to death. Surgery is a very good option, because it will improve quality of life.”

Mr Ndalela offered Namakau surgery at the Senanga General Hospital to relieve her pain, but she refused. For many members of the older generation in Zambia, who have not had regular access to hospitals or doctors throughout their lives, there is a huge fear and mistrust of modern medicine and clinical treatments.

Among some communities, there is a pervasive, and untrue, belief that trichiasis surgery involves having the eyeballs removed. Namakau was terrified of this rumour, although Mr Ndalela tried to reassure her that it was false and that surgery would ease her pain.

Unfortunately, Mr Ndalela learned that Namakau never did make the journey to the hospital.

Mr Ndalela said: “I do the counselling. After counselling, consenting for any procedure is very important, but before consenting, information is important so that the patient can make an informed decision.” Every time a patient decides to visit the hospital for surgery, Mr Ndalela asks them to return to their village or town and tell older members of the community, such as Namakau, about the success of their treatment.

Asked about how eliminating trachoma would improve daily life for people in Zambia, Mr Ndalela said: “People are going to be productive, they’re not going to lose hours from their sickness, because sickness can eat your productive hours.

“I hope that trachoma will be eliminated, for Zambia. I would like to see people not becoming blind or visually impaired due to trachoma. It should be a thing of the past by 2020. That’s my hope.”

“It feels quite humbling to be part of the solution to a problem. Ending trachoma in this province would end poverty.” 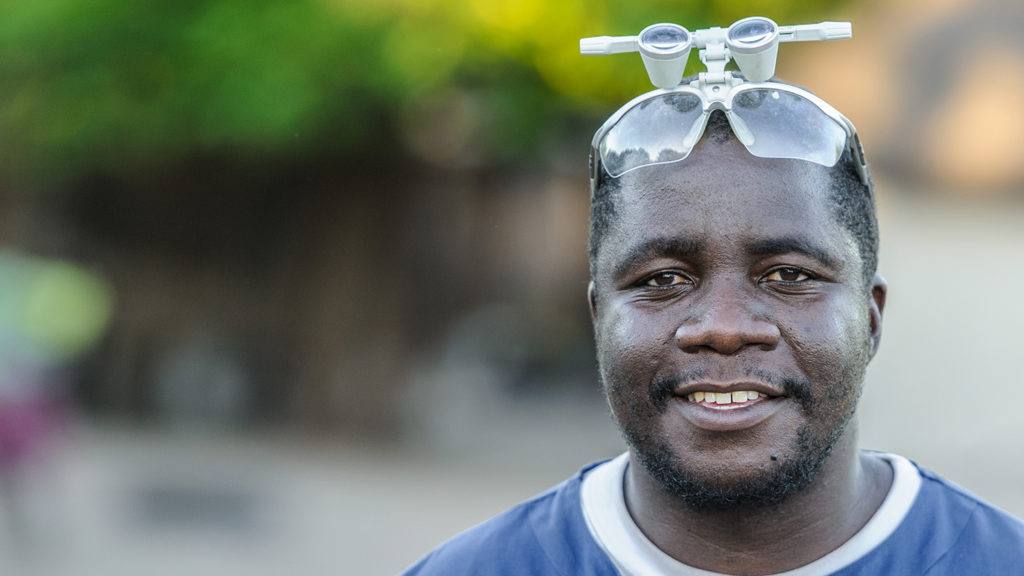 Learn more about our work to save sight