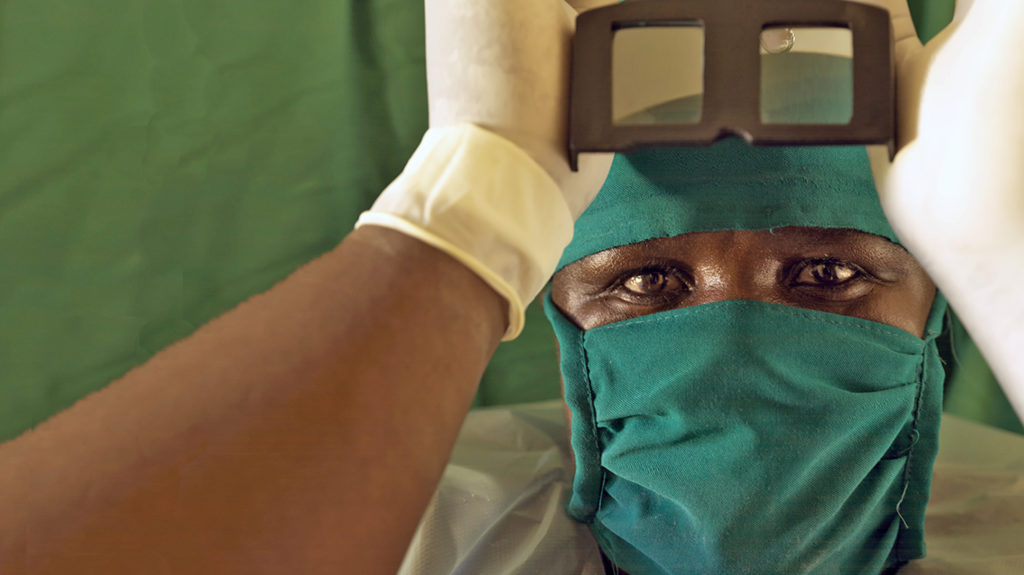 “I trained as a nurse in 1999, but blinding trachoma was a real problem in my area and we had very few eye health workers, so I saw I was needed.

“I applied for medical training and that’s when I became an ophthalmic clinical officer.

“The work we were doing was challenging. There were many patients with trichiasis, the most severe form of trachoma, which slowly and painfully causes people to go blind. In 2014, we received funding from The Queen Elizabeth Diamond Jubilee Trust’s Trachoma Initiative, which is coordinated by Sightsavers, and this changed everything. 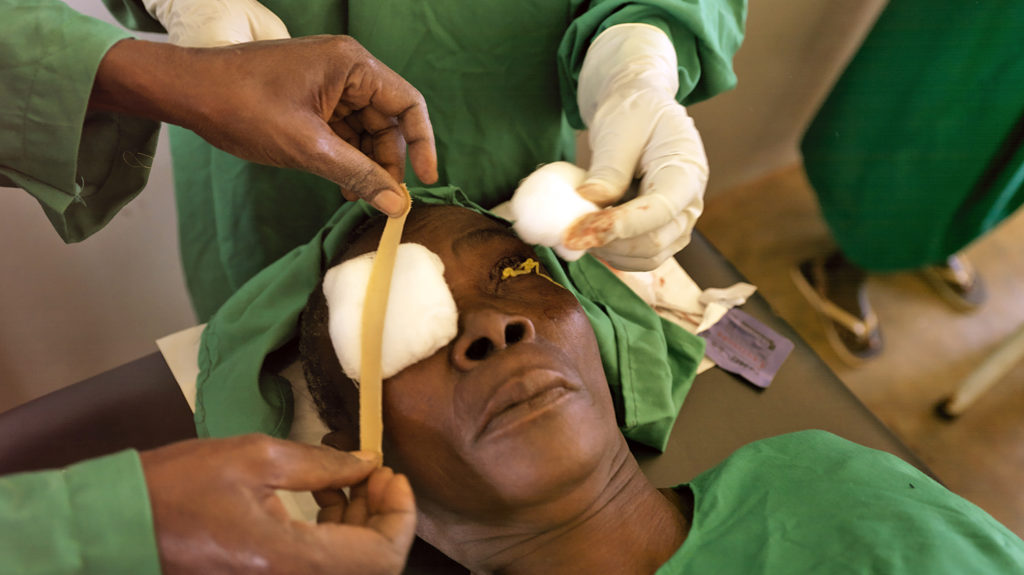 “Once we got the funding, we received refresher training so we could perform surgery to the highest standard, correcting people’s inturned eyelashes to relieve their pain and save their sight.

“After the training we started doing outreach campaigns. Here, each surgeon would perform about 10 operations a day, and people would come from many districts to be seen. I loved this work and was promoted to supervisor, overseeing a team of surgeons during outreach camps and surgery campaigns. 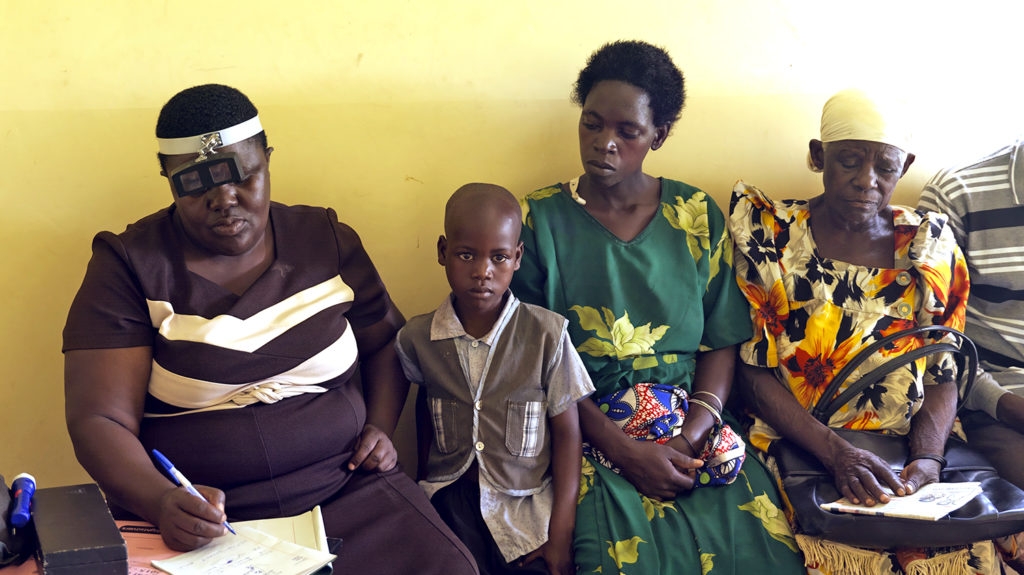 “News of our work spread by word of mouth. I would operate on someone and they would then return with their neighbour or their friend who also had advanced trachoma, and slowly the number of people with the disease reduced. When people were waiting for their operations we would also give them soap and educate them about health – talks on face washing, on the need for a clean environment – and this made a huge difference.

“The funding also enabled us to get transport – motorcycles – so we could travel to remote communities. Not only did this give us the ability to operate on people further afield, it also enabled us to follow up with patients after operations to see how they were doing, which is so important.

“Despite the huge number of people I’ve operated on over the past five years, I remember many of my patients. Most of the people have been older. Many actually caught trachoma when they were younger, but because they had not been properly treated their eyes had got worse over the years to point where they needed surgery.

“Although it was rare for me to see a young person with advanced trachoma it did happen, particularly when the infection had entered a home and affected many family members. 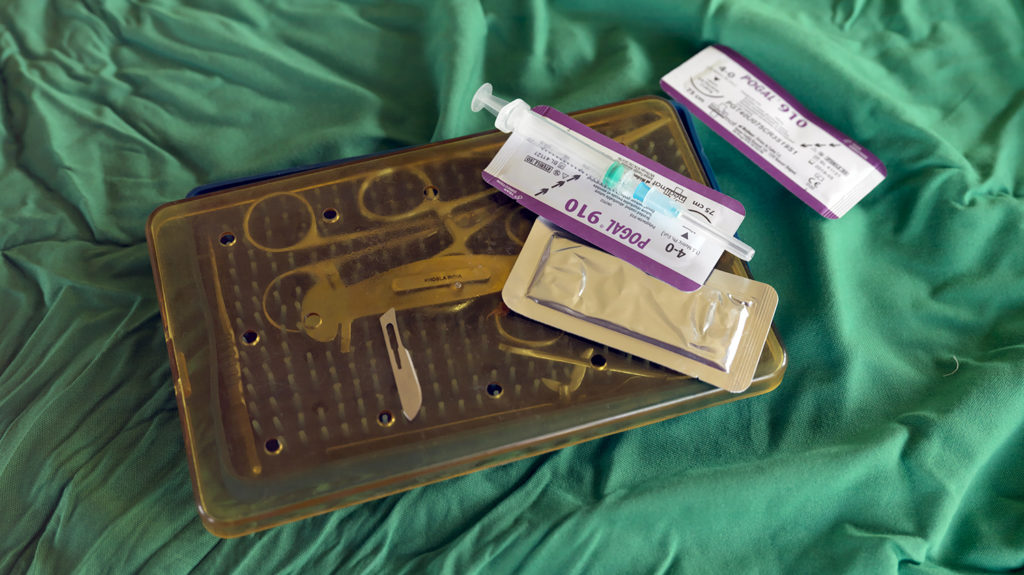 “The youngest patient I had was an 11-year-old boy, who had been suffering with trachoma for a long time. A case finder brought him to us, and we found that the whole family was affected – the grandmother, the father, the grandfather. There were six people in that home, all with trachoma.

“The grandfather had refused surgery, but after we operated on his grandson, he and all the other family members finally accepted the operation. After a few weeks I went back to see how they were, and the boy was back at school. His life changed a lot.

“Before, he missed school because he could not cope. He said his friends had been laughing at him, but there he was, back in lessons. 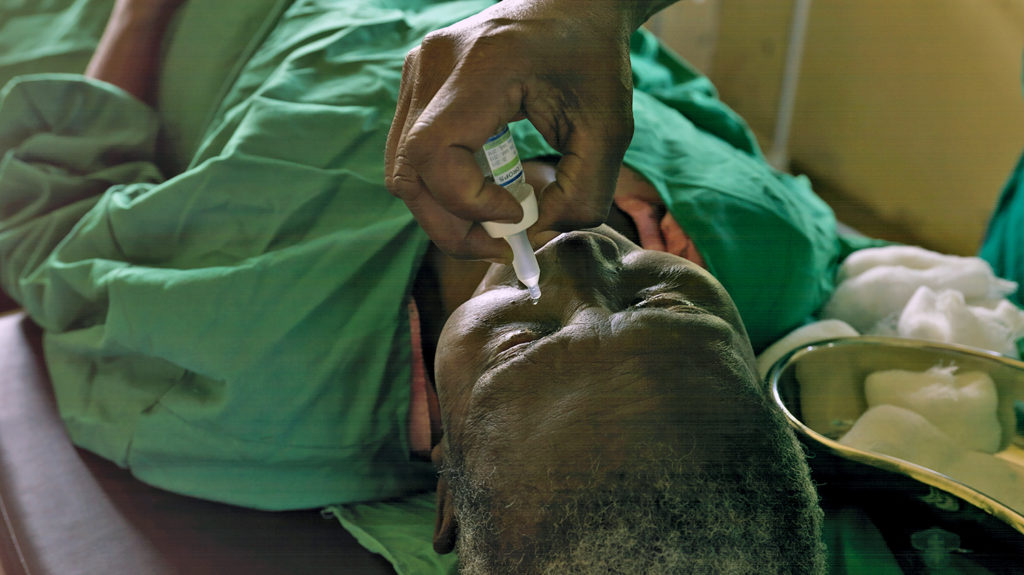 “Improving someone’s sight makes you feel proud – people come to know you and appreciate your services. People show their appreciation in lots of ways. They will be very pleased to see you, their whole family will be – you really gain something from this.

“Looking back over the past five years, I can’t believe how far we’ve come. We used to get many patients coming in with advanced trachoma, and now we hardly get anyone. And if we do see someone, they tend to have come from very far away.

The situation is much improved, and trachoma has reduced so it is almost gone. To see such a difference in five years is amazing.

The Queen Elizabeth Diamond Jubilee Trust’s five-year Trachoma Initiative ended this year, and has been a driving force in efforts to eliminate trachoma in Kenya, Malawi, Mozambique, Nigeria, Tanzania, Uganda and Zambia.

By delivering the World Health Organization’s SAFE strategy, the programme has helped to ensure that millions of people are no longer at risk of losing their eyesight from trachoma. The impact will be felt for decades to come.

Sightsavers coordinated the programme in Africa, which was led by national ministries of health and implemented by members of the International Coalition for Trachoma Control.

“Looking back over the past five years, I can’t believe how far we’ve come.” 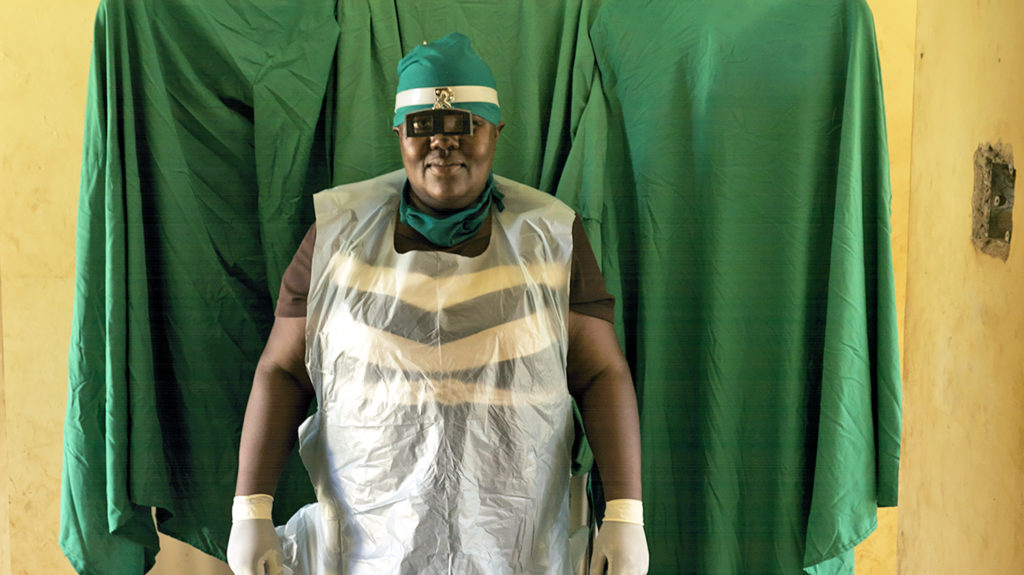 Our work on trachoma 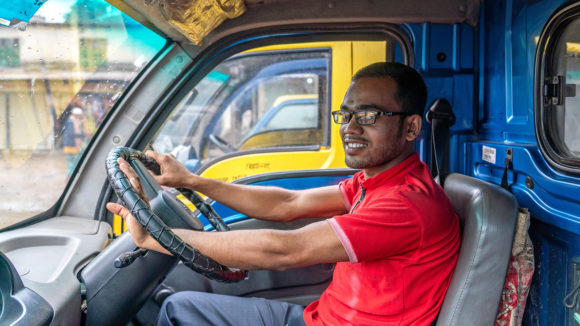 Arif’s life changed after an operation as a child: a 15-year story

As a young child, Arif had a low-cost cataract operation through Sightsavers. It changed his life, enabling him to study and thrive at school, and later to leave home and find a job.