No child should struggle to see things they love

With your support, a child like Taonga could receive the operation they desperately need to see clearly again. 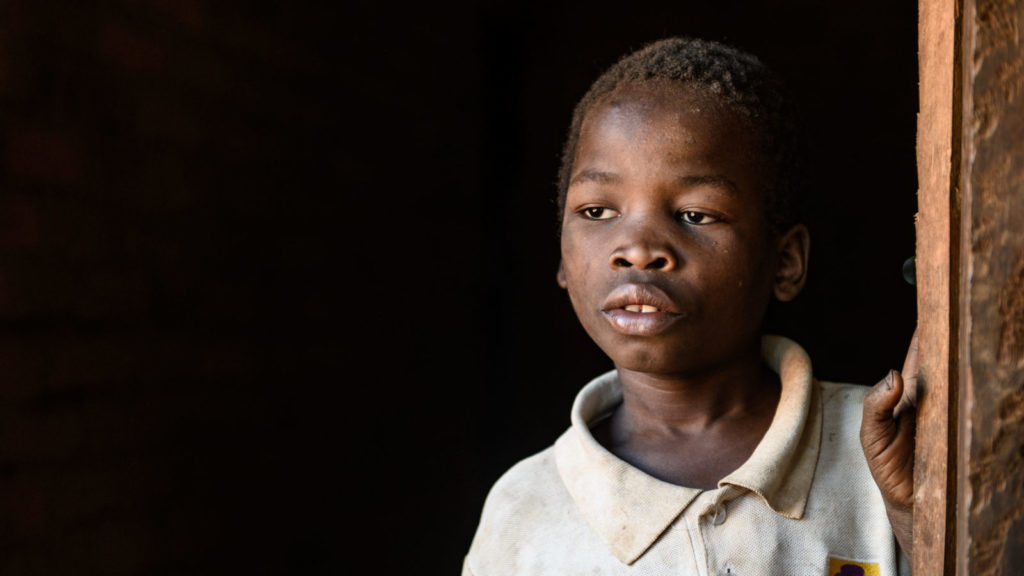 Zelina discovered there was something wrong with her son’s eyes when he was a baby.

Taonga would squint and shed tears while he was learning to crawl. As he grew older, Taonga would shield his eyes from bright light. Throughout Taonga’s childhood, his mother could see how his deteriorating eyesight was holding him back. Taonga was desperate to join in with his friends playing ball games, but he gradually became more withdrawn as cataracts stole his sight. At school Taonga wanted to learn, but it was a huge strain to see the blackboard or read a book.

Zelina had nowhere to turn for help. It was heartbreaking to see her son missing out on so much. She feared for his independence, his happiness and his future.

Sadly, there are many more mothers like Zelina. It’s thought there are more than 1,900 children waiting for cataract surgery in the region where we work in Malawi, out of 5,000 children in need across the country. Once these children reach ten years old, it becomes less likely that efforts to reverse the effects of their cataracts will be successful, and more likely that they will face a lifetime of blindness.

Working with local health teams, we’re doing all we can to provide children with sight-saving surgery – but we can’t do it alone. With your support we can continue to reach those who need our help and deliver more life-changing treatments.

Today, you could help us reach mothers like Zelina and save their children’s sight. 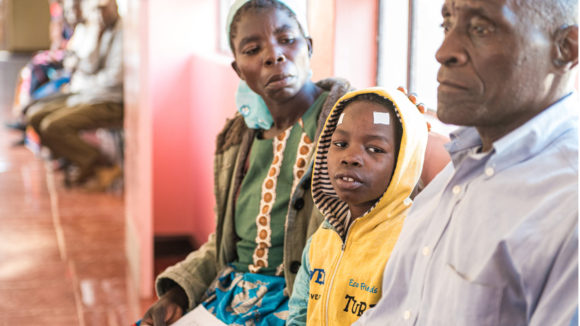 At the hospital, Zelina comforted Taonga as they waited for his sight-saving surgery.

Thankfully, Zelina met with a Sightsavers-trained health worker. Taonga was diagnosed with cataracts and Zelina was told how he could have Sightsavers-supported surgery at a hospital two hours’ drive away. Taonga was fascinated by the car ride – this journey was driving him towards a life-changing moment.

The operation went perfectly and when his bandages were removed, Taonga’s smile seemed to be even bigger and brighter than before. He spoke excitedly of how beautiful everything looked and how happy he was to see his mum clearly.

We know that, if left untreated, cataracts can have a devastating effect on children like Taonga – disrupting their education and restricting their future prospects.

Your kind support today could help free others like Taonga from missing out on their childhood. Will you give a gift to Sightsavers today?

Taonga's future will be brighter and this will change his life. Thank you.
Taonga's mum, Zelina 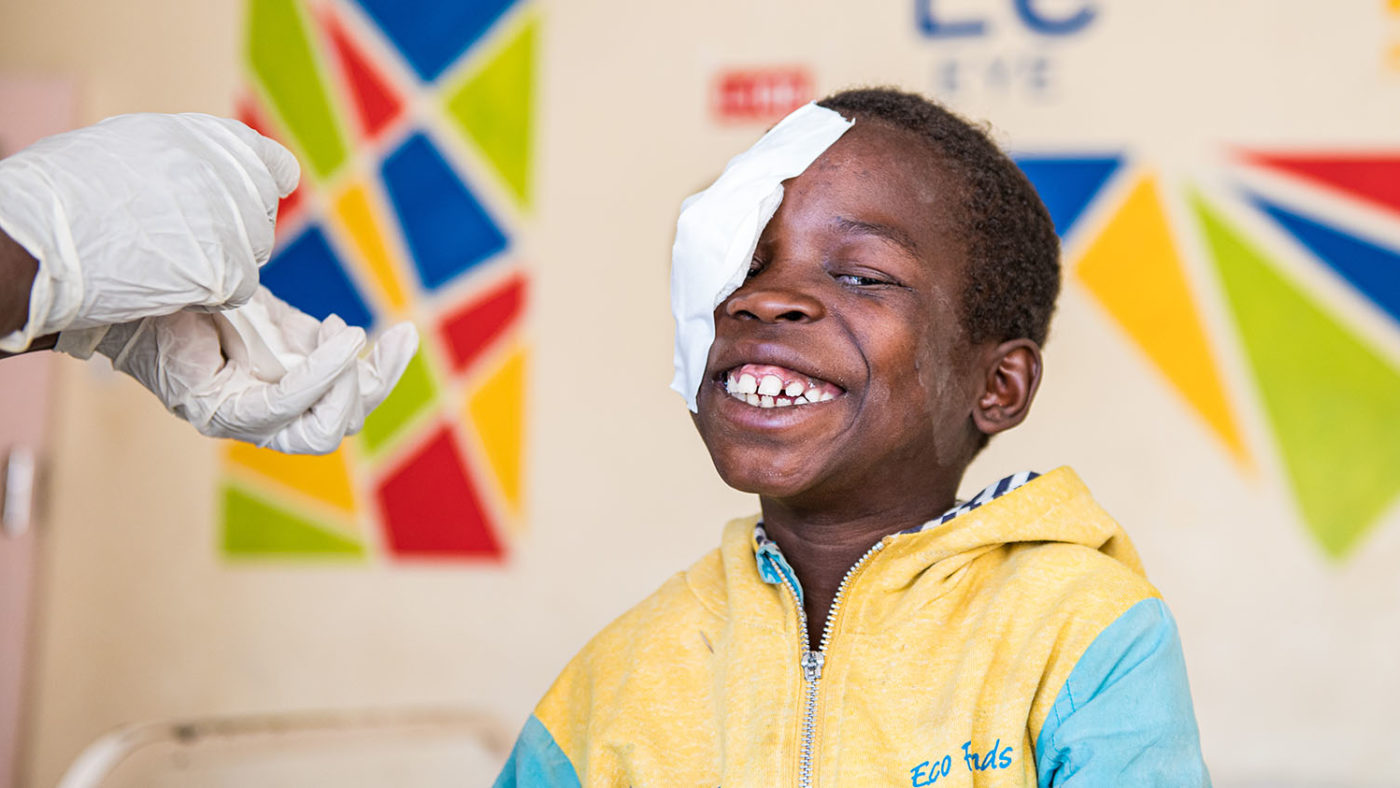