60 years of Blue Peter: the show that gave Sightsavers its name

From sticky-backed plastic to its famous badges: The well-loved children’s TV programme Blue Peter celebrates its 60th birthday on 16 October, and Sightsavers is marking the occasion by looking back at the 1986 Blue Peter appeal that gave the organisation its name.

Blue Peter first aired on 16 October 1958 and was renowned for its annual charity appeals, which encouraged viewers to support worthy causes by collecting items that could be sold to raise money.

Blue Peter’s Sight Saver appeal in 1986 asked children to host bring-and-buy sales to fund mobile eye units in Malawi, Nigeria and Tanzania. The aim was to raise £100,000 for the Royal Commonwealth Society for the Blind (the original name of Sightsavers). During the appeal, more than 32,000 bring-and-buy sales took place across the country, far exceeding the initial fundraising target: the final total came to more than £2 million.

We liked the ‘Sight Saver’ name so much that we changed our name that year.

Blue Peter editor Biddy Baxter said at the time: “The appeal smashed all its targets and raised almost 20 times its original goal. Two million people in Africa will have their sight saved as a result.”

See how the appeal made a difference

This archive film from 1987, fronted by Blue Peter presenter Mark Curry, shows the huge impact that the appeal had on Sightsavers’ work in Africa.

The proceeds from the appeal helped to fund:

Blue Peter presenter Mark Curry, who fronted the campaign, remembers it fondly. “The 1986 appeal is one of the standout memories from my time on the programme,” he said. “As the short-sighted presenter with the big glasses who only has able vision in one eye, I guess I was the obvious choice to go to Malawi!

“I witnessed cataract operations performed by the Sightsavers team and saw the sheer delight when bandages were removed revealing eyes that could suddenly see again. I was totally in awe of this delicate work. The whole Blue Peter team were thrilled and proud that the 1986 appeal exceeded expectations.”

The appeal was a resounding success, with bring-and-buy sales taking place at schools and community centres up and down the country. Our gallery below shows a selection of newspaper cuttings covering the event.

“The 1986 appeal is one of the standout memories from my time on Blue Peter.”
Mark Curry

Since its launch in 1958, Blue Peter’s appeals have raised money to fund everything from guide dogs and lifeboats to ponies, lorries, flats for homeless people and houses in Romania. The first appeal took place in 1962 in aid of homeless charities, when viewers were asked to collect postage stamps; other early appeals called for people to gather old clothes, scrap metal, socks, pillowcases and even old model cars. In 1979 the first ‘bring and buy’ appeal took place, with this approach used regularly over the years.

The programme launched its milestone 60th birthday in October last year with its Gold Badge Walk at MediaCity in Salford. During the past 12 months, anniversary celebrations have included a special Blue Peter Strictly Come Dancing for Children in Need, and a visit to the Blue Peter studios by the Duke and Duchess of Cambridge.

The anniversary edition of Blue Peter will be the 5,037th episode. The one-hour live special, broadcast on CBBC on 16 October at 5pm, will look back over the past 60 years, welcoming past presenters including Valerie Singleton, Peter Purves, Anthea Turner, Konnie Huq and Tim Vincent. 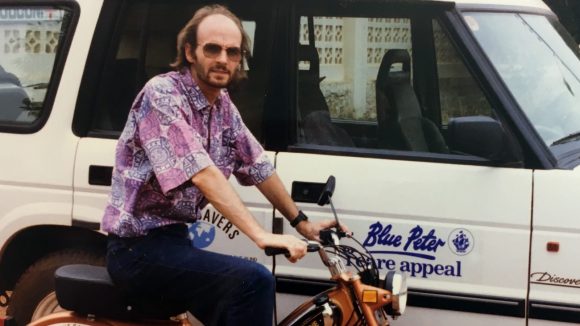 There have been 48 Blue Peter appeals over the years, raising more than £100 million for good causes worldwide.

Our work to protect sight 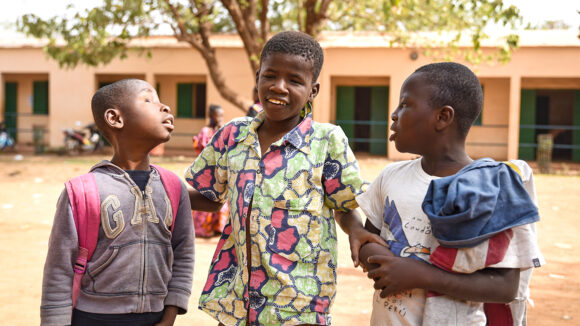 Sightsavers’ mission is to prevent avoidable blindness, fight debilitating diseases and promote equality for people with disabilities. Find out where we work, how we’re run and what we do with the money we raise. 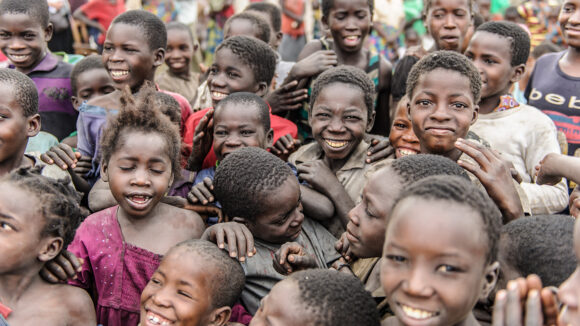 Why donate to Sightsavers?

Find out why you can trust Sightsavers to spend your money wisely, and how your donation can save sight and change lives. 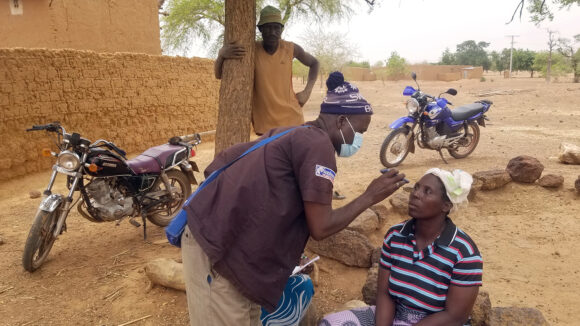 Visit our news and blogs pages to keep up to date with Sightsavers’ latest news reports, updates from the field in Africa and Asia, and international health news.