What are child cataracts?

Cataracts are often thought to only affect older people, but in poorer countries they can be a huge problem for babies and infants too. 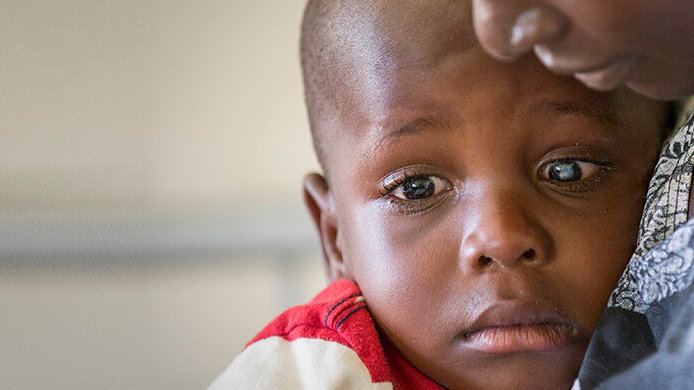 Cataracts are caused by cloudy patches that develop in the lens of the eye. Children experience cataracts as blurry vision, which can affect their development and lead to permanent sight loss.

Cataracts are usually thought to affect older people, but children can also develop them. In many poorer countries, where treatment may be less readily available, cataracts can be a major cause of blindness among babies and young children. Eventually, if they’re not treated, cataracts can lead to blindness.

Cataracts are caused by a build-up of protein in the eye. In babies and children, congenital cataracts can be present from birth. They can also appear as a result of eye injuries (known as ‘traumatic cataracts’) or following eye surgery for other problems.

When a child has cataracts, their education will start to suffer. Sometimes their vision becomes so poor that they’re forced to give up school. A lack of education can mean no income, no future and no way to escape poverty.

Luckily, cataracts are not difficult to treat, but it’s vital for children that they are caught in time. If not, the cataracts can cause their eyes to stop developing, meaning their sight can never be properly restored. 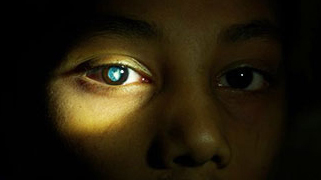 How do cataracts affect vision?

What does the world look like when you have cataracts? Our simulator will give you an idea.

What does the world look like to a child with cataracts? 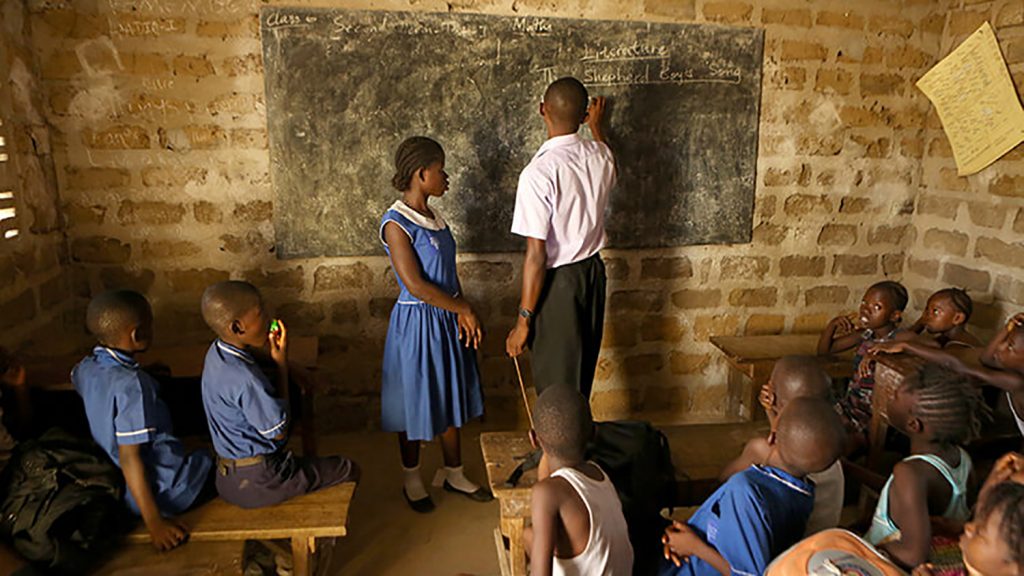 This is what a classroom in Sierra Leone might look like to a child with full vision. They can see the blackboard, recognise the teacher’s gestures and notice the reactions of their classmates, enabling them to be involved with the lesson. 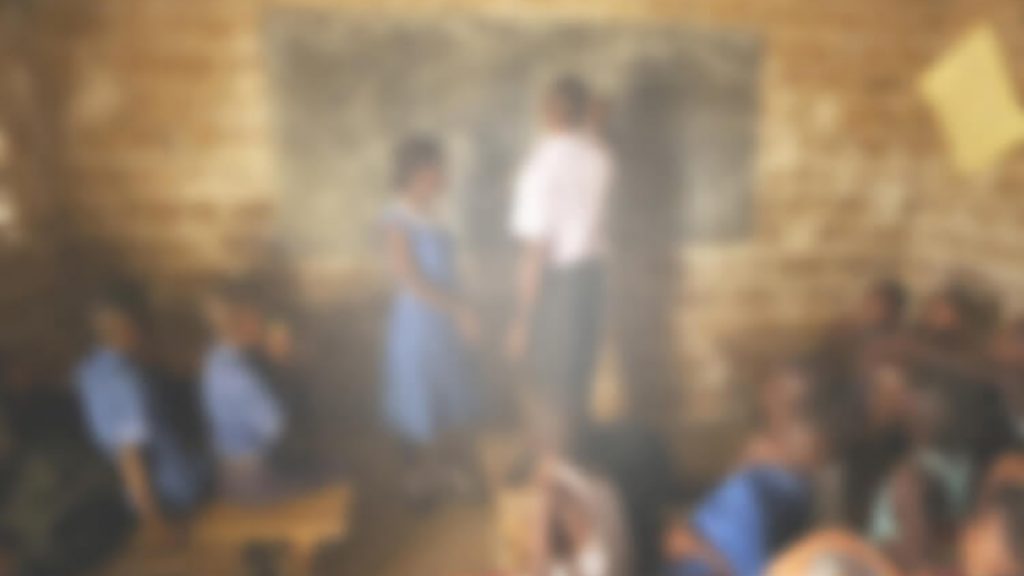 Here’s what the same classroom might look like to a child with cataracts. They can barely make out the blackboard or see what is written on it, making it extremely hard to take part in lessons and progress with their studies.

Try our cataract simulator
200,000
children worldwide are thought to be blind from cataracts
One hour
is all it takes to treat a child’s cataracts via surgery
$117
can pay for a sight-saving cataract operation for a child

How are child cataracts treated? 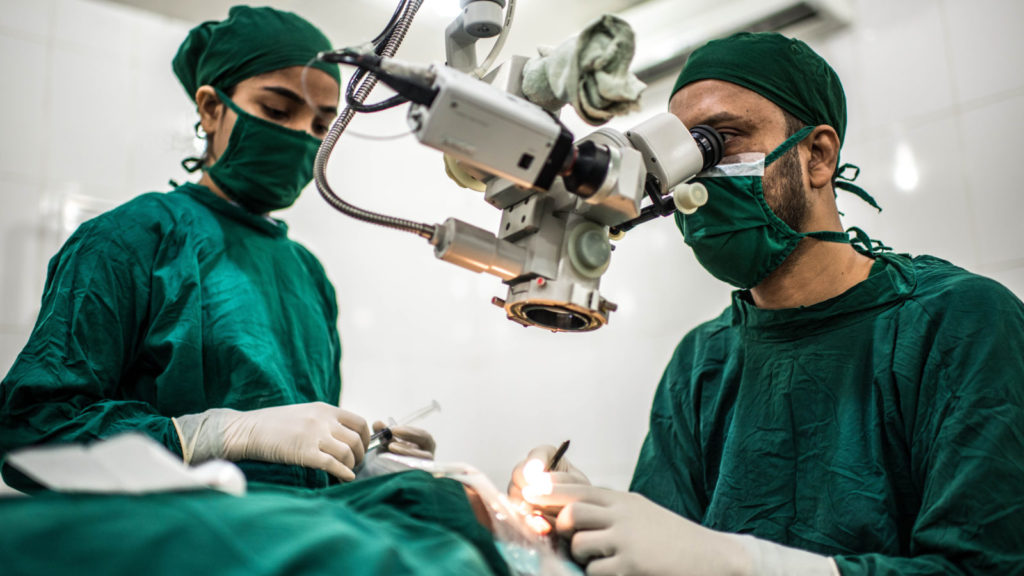 Cataract surgery for children is carried out under general anaesthetic, so it takes about an hour – a little longer than an adult cataract operation, which only uses local anaesthetic.
Watch a time-lapse of an adult surgery 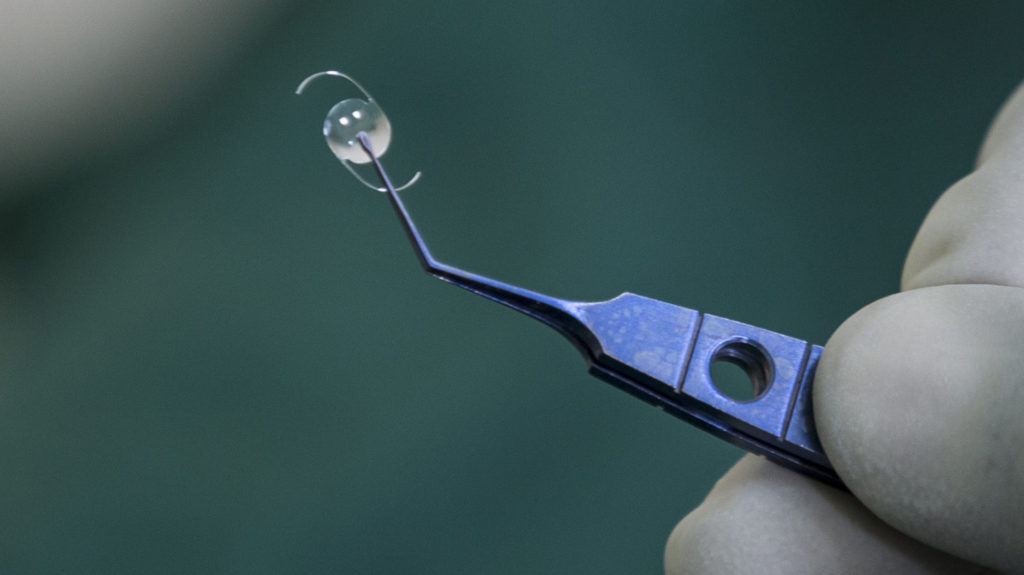 During the operation, the clouded lens is removed and replaced with an artificial lens. If a child has cataracts in both eyes, they will have separate operations for each eye, giving them time to recover in between. 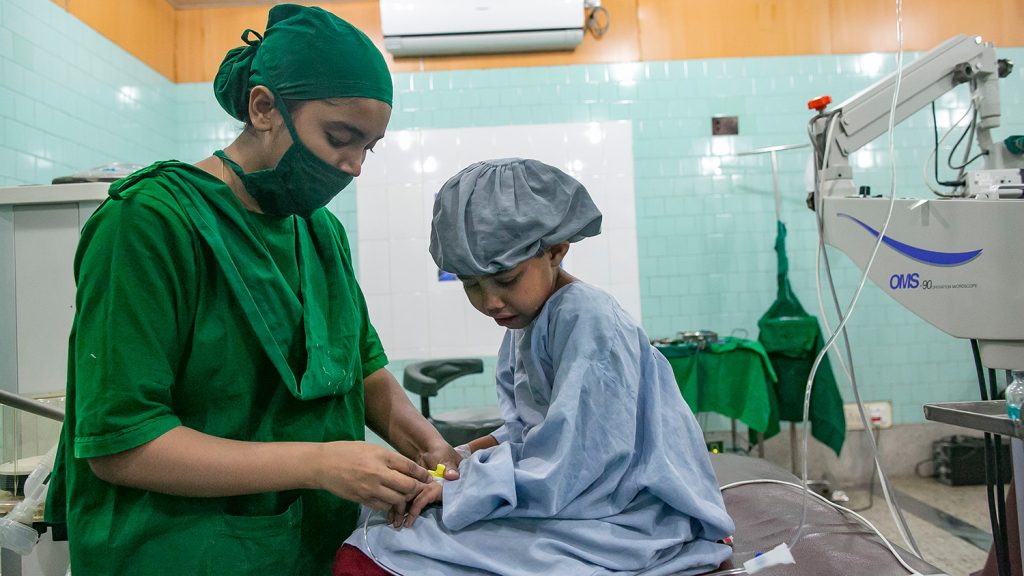 After cataract surgery, the child’s vision can start to return within a couple of hours. They are usually kept in hospital overnight for post-operative checks, and once they are given the all clear, they can then go home the next day.

Our work to treat child cataracts

Cataracts are entirely treatable, but many children and families in poorer countries don’t have access to the medical help they need to help them see again.

For children with cataracts, it’s vital that they are diagnosed and treated in time. If not, the cataracts can cause their eyes to stop developing, meaning their sight can never be properly restored. They may be unable to play with their friends or go to school, leaving them facing a lifetime of poverty.

This is why Sightsavers works in more than 30 countries to carry out eye screenings and enable children to be treated, so their sight can be saved and they are able to get an education, enjoy life and realise their potential.

But to save children’s sight, we need your help.

Will you donate today to our charitable cause? With your help, we can continue our work to help restore children’s sight and give them hope for the future. 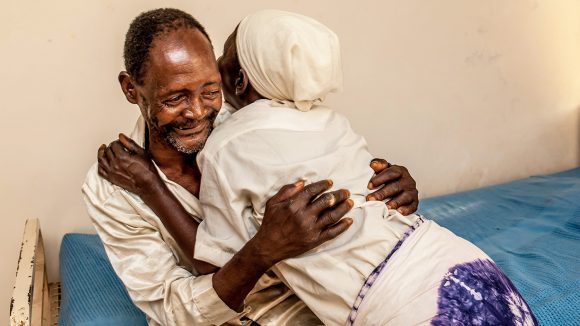 Meet some of the children we’ve helped 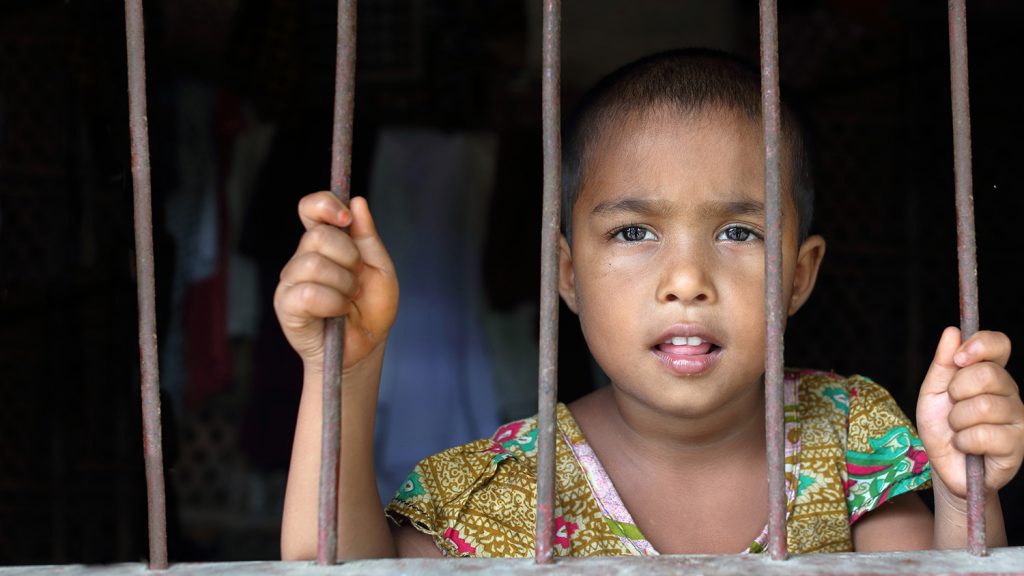 Three-year-old Aklima had cataracts that affect her vision. Her home is surrounded by water, so it was vital to treat her in order to keep her safe.
Read Aklima’s story 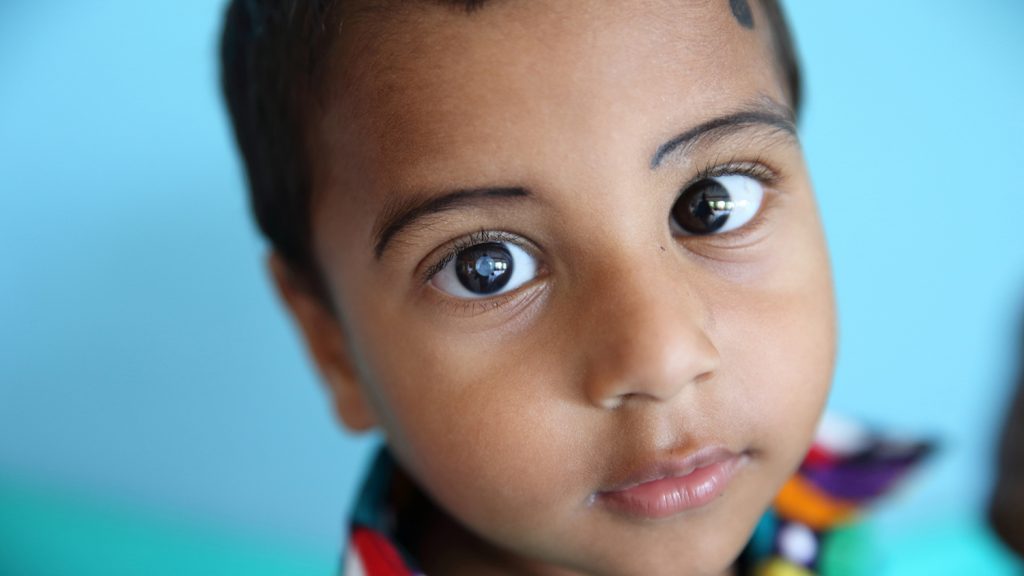 Three-year-old Nadir had cataracts in both eyes since birth. But thanks to Sightsavers, he was able to get the treatment he so desperately needed. Read Nadir’s story 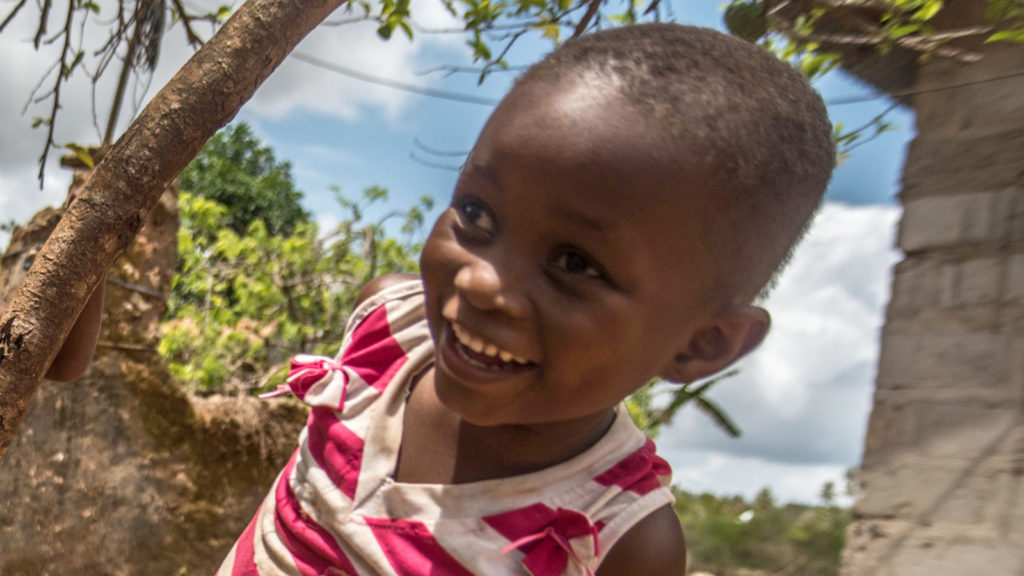 Asha was bullied by other children because of her cataracts. But a straightforward operation restored her sight, her confidence and her hope. Read Asha’s story

Donate to help save a child’s sight