Colour-changing illustrations, a box that alters sound, tools to write in braille: just some of the attractions that Sightsavers showcased at the D&AD design exhibition in London in April 2018.

There are also exhibitions that showcase innovation and creativity: this year’s festival featured everything from a virtual-reality boxing ring to artistic robots brandishing pens that visitors could control to create a crowd-sourced artwork.

Sightsavers’ stand, nestled in the corner of the first floor, aimed to raise disability awareness and encourage people to think about the world from the viewpoint of people with disabilities. Entitled ‘Perspectives’, it featured a host of interactive exhibits.

A wall of mirrors helped to simulate different eye conditions, from glaucoma to cataracts, while the ‘Sensory Spectacle’ box altered the way sound is perceived, based on descriptions by people with autism. Placing your head inside the box was a disorienting experience: certain sounds were muffled, while others appeared a lot louder, and it was difficult to tell which direction some noises were coming from.

The ‘braille bricks’ proved particularly popular. At first glance they looked like Lego, but the studs on top of each brick spelled out letters in braille.

Visitors were also given the chance to write their name in braille using a special slate and stylus. Trying to read back what had been written was an interesting challenge, and provided an insight into the intricacies of using braille as a way to communicate. 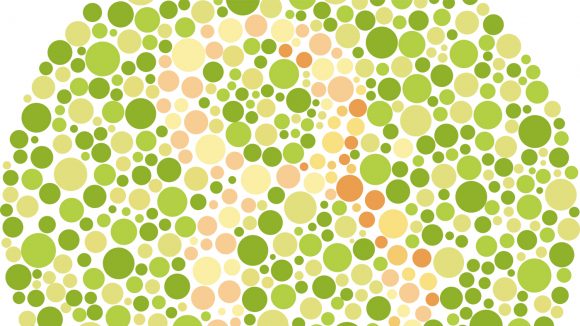 Sightsavers’ main attraction was the colour room, which featured three panoramic, colour-changing illustrations by Abi Daker, accompanied by emotive audio. As the lights changed, a different layer of the illustration was revealed to tell the story of Sightsavers’ work around the world.

The illustration itself was printed in layers using three colours (red, yellow and blue): when light of a particular colour was shone onto it, it masked some of the colours and accentuated others to hide or reveal parts of the overall image.

The red light revealed a scene from a Bangladeshi hospital, showing Sightsavers’ work to treat cataracts. The green light showed a village in Nigeria, where we distribute medication to protect against neglected tropical diseases, while the blue light revealed a classroom in Senegal, illustrating how we help children with disabilities go to school. See the gallery below for a glimpse inside the colour room.

Feedback from visitors was overwhelmingly positive, with many saying the exhibition had prompted them to think differently about the creative process. The illustrations in the colour room proved particularly interesting for designers who specialised in colour, while the hands-on exhibits drew a steady stream of visitors throughout the event. 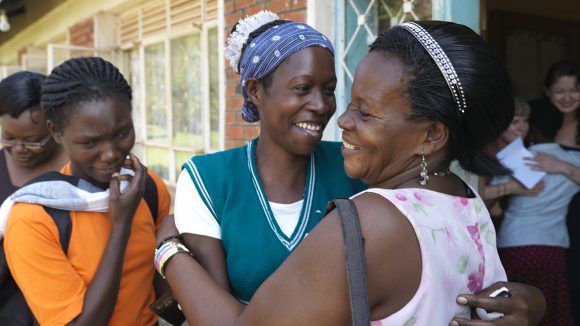 Our commitment to inclusion

Learn why accessible design is so important to us 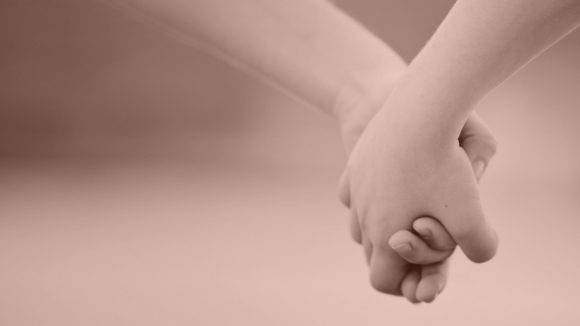 A history of inclusion

From the Old Testament to the Paralympics and beyond, we track the evolution and progress of disability rights, social inclusion and accessibility from ancient times to the present day. 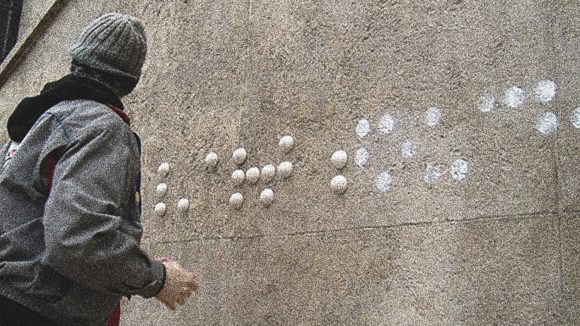 Braille in the spotlight

More than 200 years after it was invented, Louis Braille’s tactile code is holding its own against modern technology, and is inspiring designers and artists to get creative. 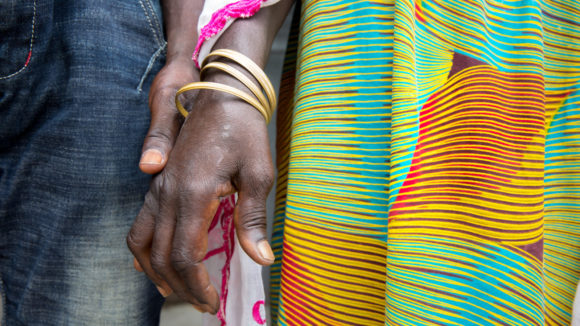 How we make our work inclusive

Ensuring your work can be understood by everyone should be an essential part of all your communications. Here’s a rundown of how to do it.