Sanjit’s future could have faded away

Will you help us give hope to a child like Sanjit who needs a sight-saving cataract operation? 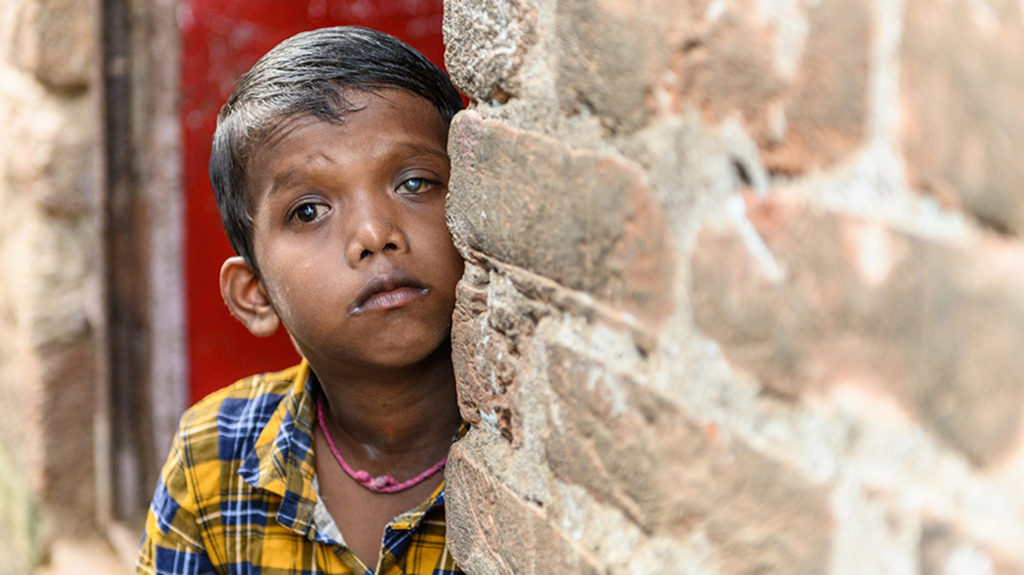 Will you help us change a life like Sanjit’s?

When their son Sanjit was born, his parents Pramila and Alexh knew something was wrong with his eyes.

The family live in a rural village close to Bhubaneswar in India. Sanjit was a quiet, shy boy who stuck closely to his mother as his father was often at work.

As Sanjit grew older, the problems with his eyes became more obvious. His parents could see a white patch clouding over his eye. When they realised it was a cataract they knew that, without help, their son could face a life of hardship: poverty, social exclusion and loneliness. However, they were unable to afford the care they knew Sanjit needed.

Sanjit is enrolled in the local school but is unable to walk there by himself because of the poor vision caused by his cataracts. He relied on his mother to help him make the journey. In the classroom his eyesight stopped him from being able to study, but he still wanted to attend to avoid feeling left out.

Pramila was so proud of her little boy, but years of worry had affected her deeply: she became tearful when she spoke to us about the struggles Sanjit faced.

Across the world, 200,000 children like Sanjit are blind or have low vision because of cataracts. This situation is preventable, all thanks to a simple, life-changing operation – an operation that you can help us to provide.

Thanks to the support of people like you, we were able to reach Sanjit. We reassured Pramila that the amazing eye health staff would do everything they could to help her son.

I have given my child to you and I am hoping for the best. I have faith that everything will be fine. It is no longer in my hands.

We accompanied Sanjit and his father to Kalinga Eye Hospital. His mother came later. After an operation on his right eye in the morning, Sanjit had his first bandages removed that afternoon. He sat very quietly while his mother offered reassurance, telling him how brave and good he was being. When the nurse put drops in Sanjit’s eyes, he cried a little due to the soreness.

He had been quite nervous following his operation, but the following day the success of the operation became more obvious. During breakfast, he turned to his mum, exclaiming: “So this is what potato looks like!”

However, a surgeon confirmed that although the operation on Sanjit’s right eye had been successful, they wouldn’t be able to operate on the left because the cornea had been damaged beyond repair.

Sanjit’s parents were upset by the news, but they were still positive the sight in his right eye would allow him to join in at school once again. And they were happy when Sanjit gave the hospital director a friendly wave from across the room!

When we visited Sanjit at home a few days layer, we weren’t expecting a huge transformation, particularly as he had only had surgery on one eye, and he had been so quiet before. We were wrong!

From the moment we arrived at his house, we could see a big difference. It was quite something to see what had been such a shy and quiet little boy running around playing football with the other kids in the street and handing out sherbet from the local street vendor. Both his parents were pleased with the results of his operation, and commented on his new-found independence.

We are very happy that our son’s eye was operated on; there can be nothing happier than that.

We left Sanjit’s house feeling ecstatic. This little boy had been transformed in a matter of days. Sanjit can now continue his education and secure a future filled with opportunities. We were able to reach him in time, but there are so many more children like him.

Please help us to change more lives. Thank you.

You can help more children today