Research sleuths: how we investigate blips in our NTD elimination projects

“The research team is helping us face serious challenges head on.”

How do we react when outcomes aren’t what we expect? The mystery of Cameroon’s Western Region sheds light on the process.

Elimination is the name of the game in neglected tropical diseases (NTDs). So when we don’t produce the expected outcomes to keep us on that elimination path we have to send in the sleuths to get to the bottom of it. Their mission: to find out what is actually happening and put informed plans into action.

Take the current situation in Cameroon. Two health districts in the Western Region have received over 15 years of annual ivermectin distribution for onchocerciasis (also known as river blindness), yet there remains abnormally high prevalence and ongoing transmission.

Prevalence should be less than 0.1 per cent in children under 10 after that many years of treatment distribution, but instead it’s stubbornly and consistently high. In one village, it remains at 61 per cent. These high rates are dramatically different to the other 18 districts in the region, which show much lower prevalence after almost two decades of distribution. Something is up.

We know business as usual will not get us the results we need in these two districts – but what will? Research to get closer to the answer was done in two phases. First: a population-based survey and qualitative work to better understand mass drug administration (MDA) coverage. Second: a black fly breeding site and epidemiological assessments to define the high transmission area.

The population-based survey exposed issues that we need to tackle, many of which have to do with systematic non-compliance. In other words, why do some people always miss or refuse to take the treatment each year? Reasons like fear of side effects (especially for women, as rumours about  fertility still persist), differences within ethnic groups and the fact that these farming areas have seasonal migration were key findings.

The breeding site assessments and epidemiological evaluations have helped to define a 12km zone of high transmission, so we need to hit this area with all our might. We may attack the adult worm by using a new treatment, or potentially change the frequency of ivermectin distribution. We’ll try new behaviour change tactics to improve compliance. And we can explore vector control; we now know exactly where the black fly breeding sites are so they can be better targeted.

In May the team will sit with Cameroon’s Ministry of Health to look at a new approach. Can we bring these two districts down to normal prevalence, and over time eliminate onchocerciasis? We certainly hope so, but only if we look to try something new. The research team is helping us face serious challenges head on and come up with smart strategies to solve them. By doing that, they’re a vital piece of the elimination puzzle.

These findings were presented at the 2015 American Society of Tropical Medicine and Hygiene Conference. It was our first ever session at this prestigious scientific forum and paved the way for many good things to come.

Who worked on this at Sightsavers?
From NTDs and Research: Laura Senyonjo and Didier Bakajika
From the Cameroon Country Office: Joseph Oye and Serge Akongo 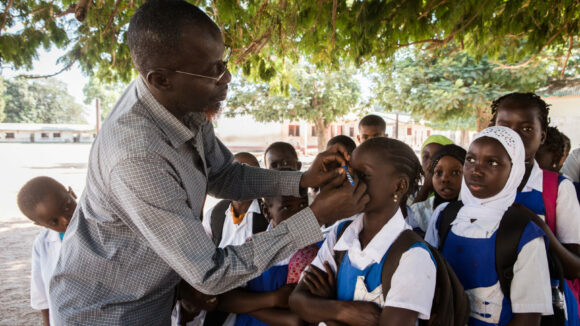 Trachoma elimination in The Gambia: sustaining the success story

Sightsavers directors Balla Musa and Phil Downs reflect on what this achievement means for The Gambia, and how other countries can learn from the experience. 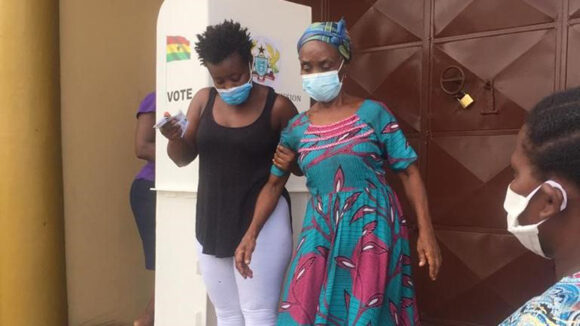 Ghana’s electoral processes have improved – but are they inclusive?

Ghana has made significant strides towards addressing disability rights. But people with disabilities are not given equal opportunities to participate in electoral processes.

What we’ve learned about inclusive data

Sightsavers and other organisations recently came together to share practical tips around collecting data that includes everyone.