Violence against women with disabilities

The UN Commission for the Status of Women is being held from 14-24 March. For the occasion, colleagues at Sightsavers have been working on a series of blogs around gender equity.

‘The elimination and prevention of all forms of violence against women and girls’ is actually the review theme of the commission but it is also something we come across regularly working in the field of disability and something we genuinely care about. In our latest policy/research project, the Voices of the Marginalised*, Margo and I worked with the Ifakara Health Institute as well as 26 peer researchers (older people, people with disabilities and representatives of NGOs) to comprehend the realities of ageing or living with disability in Tanzania. One hundred and six stories were collected and analysed altogether, in different ways, for validity purposes. Participants shared stories of challenges they faced as older people or people with disabilities.

Violence has many, many forms

When looking at the stories told by women with disabilities, we realised that violence was a recurrent theme, something women could potentially face on a daily basis. What we also recognised is that this violence was vicious and deep, meaning that it took numerous forms and shapes. We read a number of stories about mistreatment, sexual abuse, exploitation, neglect, and discrimination. We also read various stories of abandonment, rejection and stigma.

For instance, we came across a story of a woman with a mental disability not being allowed to get married by her family. Instead, to fulfil any sexual desire, her parents decide to hire an older man against her will. We also read a story of a woman with a physical disability who was forced to receive medical injections without her consent. To this day, she still does not know if it was to sterilise her. We read a number of stories of women who were divorced or abandoned after refusing anal sex. We learned about the critical situation of both men and women with albinism in Tanzania, who live in fear of being abducted and killed because their body parts are meant to bring good luck to politicians. Less tangible but very present were examples of violent communication. The power of community attitudes on a woman’s quality of life was apparent in many stories, and various women with disabilities expressed the sense of being made invisible.

As a reflection of the complexity surrounding women’s lives, women with disabilities also shared positive and empowering experiences, despite being in terrible situations. Some stood up for themselves and challenged their husbands who abandoned them; others went to their village leaders in order to receive support. A number of women explained their pride in living independently or being married and raising children while managing a physical impairment. It seems that, despite difficult circumstances, most of these women forged a self-empowered life where they managed to find their own value, despite the dramatic psychological consequences they now have to live with.

The 26 peer researchers in the Voices of the Marginalised study came up with various recommendations to reduce the violence and improve the living condition of people with disabilities, with some specific references to women. They talked about the necessity to provide sexual education to respective communities and the need to educate and empower families to provide stronger and lasting support. They called for village leaders to be made aware of difficult and dangerous situations, the National Disability Policy of 2004 to be implemented and women with disabilities empowered. Finally, the peer researchers highlighted that the Tanzanian government should take a proactive role in solving the killing and maiming of people with albinism with perpetrators facing their crimes.

It is time to act; we hope that in New York, at the Commission for the Status of Women, and in Tanzania, policymakers will hear these demands!

More information on Voices of the Marginalised (the final report on the Tanzania study will be available in May 2016).

*The Voices of the Marginalised is a consortium comprising Sightsavers, HelpAge International and ADD International. 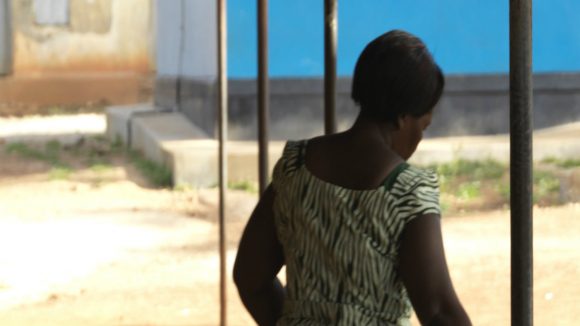 "Violence was a recurrent theme, something women could potentially face on a daily basis"