A Sightsavers film about neglected tropical diseases has been chosen as a finalist in the 2019 Charity Film Awards, which celebrate the best fundraising films.

The film, entitled ‘One billion treatments for neglected tropical diseases’, highlights Sightsavers’ work to tackle diseases such as trachoma in some of the world’s poorest countries. It features footage of seven-year-old Dorcas from Nigeria, who received the one billionth treatment delivered by Sightsavers and partners as part of the UK aid-funded UNITED programme.

Sightsavers’ film  was selected by the judges from a longlist of hundreds of films, and is one of five finalists in the ‘Longform’ film category for charities with a turnover of more than £5 million.

The finalists now face a public vote to decide the winner: if Sightsavers is to win, we need your votes! Voting is easy and is open until the awards ceremony on 26 April, when the winners will be announced.

To cast your vote, click on the button on this page, register, and vote for our film. Then share our message on social media so your friends and family can vote too.

Share our message on social media:
@Sightsavers needs your vote! Our video with @C9MLTD has reached the finals of @CharityFilm_ Awards. The film reminds us just how important global collaboration is in the fight to #BeatNTDs and help #EndAvoidableBlindness. Voting open here: https://www.charityfilmawards.com/videos/one-billion-treatments-for-neglected-tropical-diseases 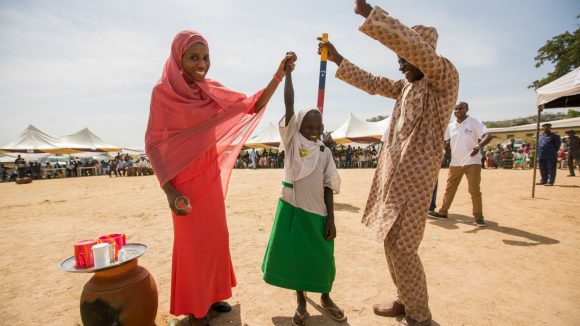 We need your vote!

To vote for Sightsavers’ film, use the button below to visit the Charity Film Awards website. Before you can vote, you’ll be asked to enter your email address. Voting is open until 26 April.

Vote for our film