Will you give a gift to ensure more children like Arthur can rewrite their future? 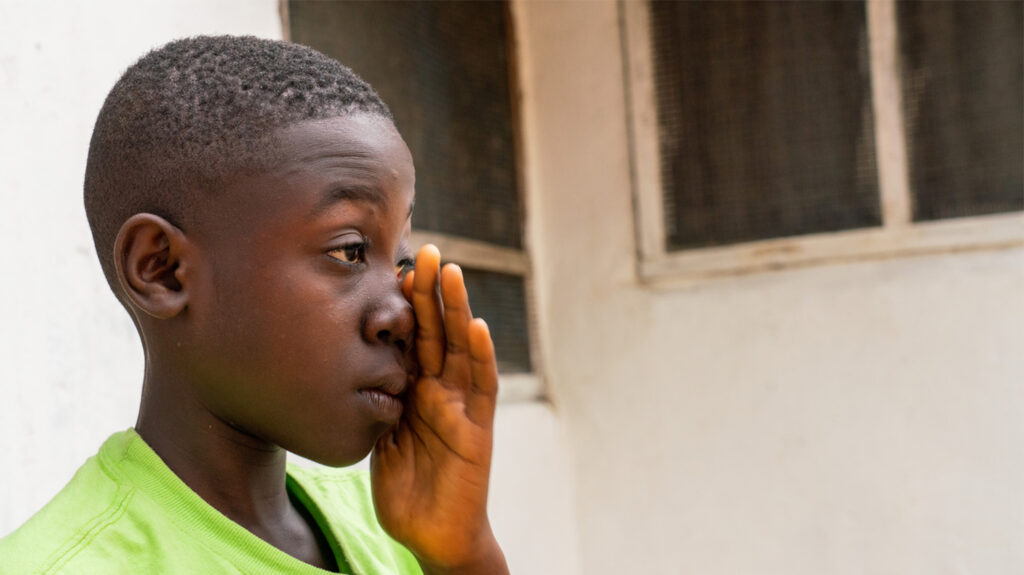 Your gift could protect the sight of children like Arthur

Help give children a better chance

Eleven-year-old Arthur dreamed of becoming an engineer, but was struggling to see clearly.

When he tried to read the blackboard at school, no matter how hard he squinted, he still couldn’t see it properly. Eventually his grades began to suffer, and his chances of a brighter future were dwindling.

Arthur’s poor vision meant that he was missing out on playing football with his friends, which he enjoyed so much. One day, he had a bad fall, chipping his teeth – it was clear that his sight problems were affecting his mobility and independence.

In Liberia, where children can face many barriers to opportunities, the Sightsavers-supported SHIP project is crucial to the future of children like Arthur.

A big part of the SHIP project involves training teachers to identify and refer pupils with sight problems. This ensures children like Arthur are able to have their eyes checked, so their vision issues can be diagnosed. And, where possible, they can be given urgent treatment or prescription glasses so they are able to make the most of their invaluable time at school.

Arthur was screened and diagnosed with refractive error by an eye specialist, whose training was funded by Sightsavers, through Liberia’s SHIP project. The eye specialist also prescribed Arthur with the vital glasses he needed to make the most of his education and have a better chance of achieving his future dreams.

Now that his vision is much better, Arthur’s reading and writing have improved too.

Will you help give a child the life-changing treatments they need?

Give more children a chance