“I want my eyes fixed for learning ABC”

Will you help give more children like Mehnu a fair chance this Christmas? 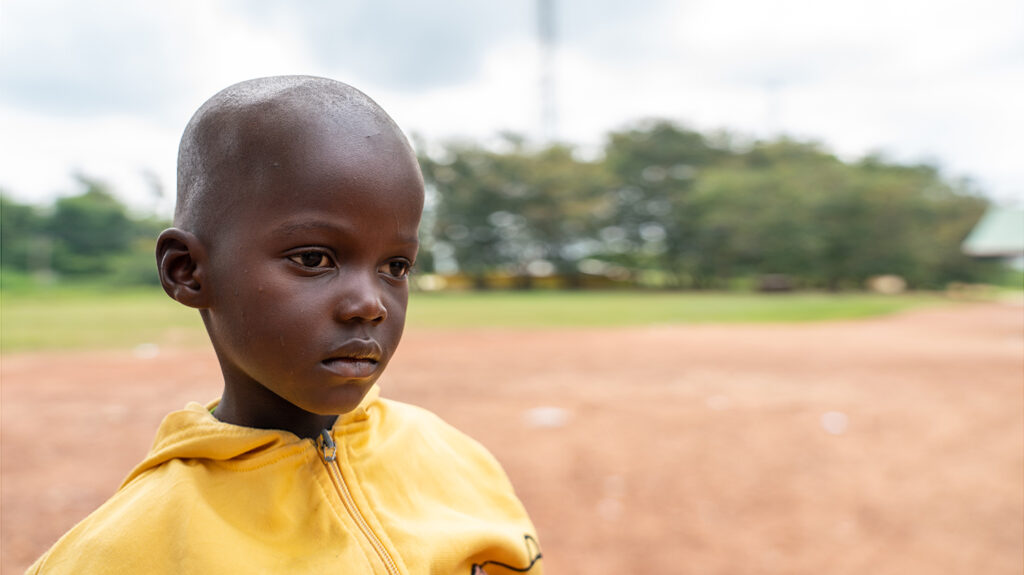 Will you help ensure more children's sight can be saved?

Help give children a better chance

Every child deserves a fair and equal chance in life.

At five years old, Mehnu was ready to learn his ABCs, make new friends and have exciting new experiences. But his eyes caused him so much discomfort that his father, Daniel, would have to leave work and collect him from school.

It is extremely hard for many families in Liberia to get access to a doctor, let alone treatment to stop a child going blind from preventable conditions. This means many children like Mehnu go untreated – putting them at greater risk of dropping out of school because they can’t see well enough to read and write.

We want children to have a better future. Through projects like SHIP – School Health Integrated Programming – we can transform children’s lives. SHIP trains teachers to run eye screenings in schools. This gives children access to diagnosis and treatment in their communities, now and for generations to come.

The Sightsavers-supported SHIP project can help to identify and treat a range of health conditions, including cataracts, refractive error and worm infections. It aims to give children a fair chance at an education and avoiding the poverty cycle.

Mehnu came to a screening day at a local school. One of the trained teachers tested Mehnu’s eyes, asking him what he could see on the eye chart – he couldn’t see much and failed the test.

After this, he was referred to a specialist for a follow-up. He was diagnosed with cataract in one eye, which had developed as a result of an injury. Without treatment, his chances of regaining his full vision would’ve been slim.

Even after Mehnu’s surgery, Daniel was worried about whether it had worked. He told me, “The doctors said we shouldn’t remove the bandage on Mehnu’s eye. I didn’t sleep all night, checking and telling Mehnu not to remove it”.

The next day, during the journey home from the hospital, Mehnu suddenly shouted:

“Oh my! I can see everything around me!”

Since that moment, Mehnu has become a happier child – more confident and playful. He is engaging with his world and will soon be back in school. He couldn’t be more hopeful for the journey ahead.

Will you help give a child a better chance of a brighter future this Christmas?

Give more children a chance