Why we’re calling for an #EqualUN 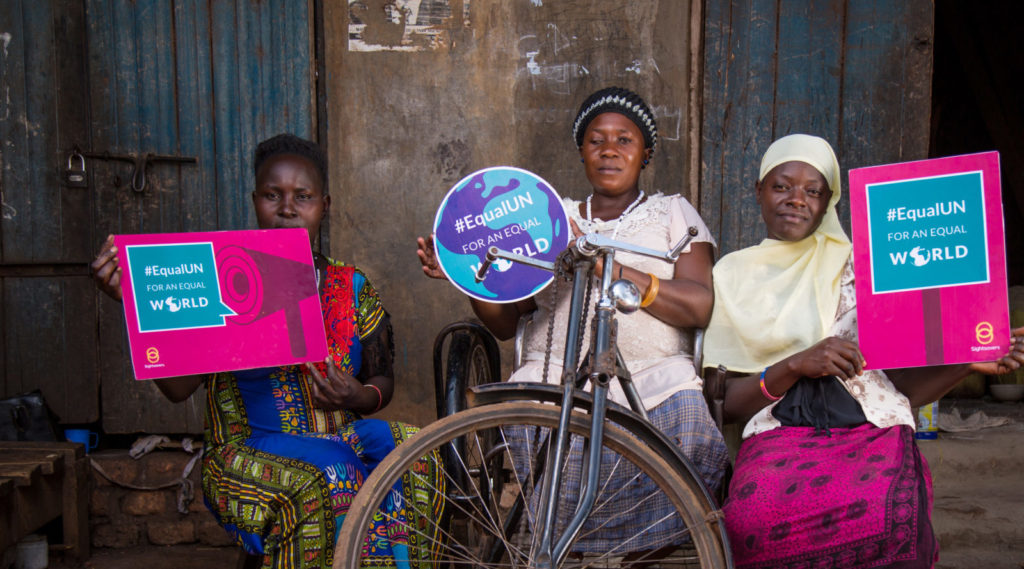 This month, we’re excited to be launching a new global disability campaign, #EqualUN for an equal world.

We’re doing it to ensure that the rights of over 800 million people living with disabilities in developing countries are protected and promoted by the UN’s agencies and its 192 member states.

Why are we campaigning?

Despite global recognition that people with disabilities, who make up 15 per cent of the global population, are vulnerable to being left behind in efforts to eradicate poverty, not enough progress has been made to ensure their inclusion and active participation. It’s not good enough, and there’s no reason it has to be this way.

We are officially launching the campaign at the Commission on the Status of Women, an annual event held at UN headquarters in New York, to reflect the disproportionate impact the deprivation of rights has on women and girls with disabilities.

What are we calling for?

We want the Convention on the Rights of Persons with Disabilities to be implemented in the work of all UN agencies. We are calling on all member states to uphold the convention and to make sure – as a matter of priority – that it promotes and respects the rights of people with disabilities.

We are also calling on the UN to ensure that its entire system has a strong, consistent action plan on disability that will guide the work of all its agencies.

Why does it matter?

The rights we’re calling for with our campaign are fundamental rights that most of us take for granted, and which are critical to a life lived with dignity and respect: the right to education, health care, employment, and to have a voice in decisions that affect us.

When people are denied these rights, they are deprived of the ability to participate equally in society; to go to school, or to have a job, and to lead independent and fulfilled lives.

This needs to change. Last year, at the Global Disability Summit held in London UN leaders and member states made over 170 commitments to prioritise the rights and needs of people with disabilities. Building on the momentum of the summit, #EqualUN will ensure these commitment-holders are accountable for implementing the pledges they made to improve the lives of people with disabilities.

We can’t do this alone. We need you to support our campaign and to fight alongside us for a fairer, more equal world.

Ready to get started? Help us take action.