How an innovative school programme is improving health in Liberia

In November 2018 the ministries of education and health in Liberia, in partnership with Sightsavers, launched a three-year integrated deworming and eye health programme in schools.

Through the new programme, known as SHIP (school health integrated programming), teachers are trained to carry out eye screenings on their students. Children who are found to have vision problems are then referred to a team of trained optometric technicians for refraction and further treatment.

The programme, which is funded by the Dubai Cares Foundation, also aims to prevent specific disease disorders and injuries, support students with particular health care needs, and promote positive health. It has a target of improving the lives of more than 76,000 children in Bong, Maryland, Sinoe, and Grand Kru counties.

The launch event was attended by guests including the Senate Committee Chair on Education and Public Administration, the Senate Committee Chair on Health, the Ministers of Education and Health, the Deputy Minister for Administration, and representatives from the United Nations, civil society organisations and other national and international stakeholders in Liberia. As well as highlighting the importance of an integrated approach to health, the launch provided a forum for advocacy on the inclusion of SHIP in the national education sector plan as well as the country health plan.

Following the launch of SHIP, a two-day pilot meeting was held in February to encourage ministry staff, teachers, school administrators, parents and community members to support and participate in the programme.

This was done to ensure enrolled children would participate, and to encourage the inclusion of school-age children not enrolled in school, with particular emphasis on girls. Two days of training in vision screening and deworming was also conducted in Grand Kru County (one of the project counties) for four district education officers, four principals and four teachers. The final phase of the pilot included a deworming and vision screening exercise in the four pilot schools in four education districts, for children both in and out of school (thanks to community mobilisation and awareness-raising, children not enrolled in school were also reached by the project). This led to 914 children being dewormed and screened. Of the total number of children dewormed and screened, 889 passed the eye screening test and the other 25 were referred to optometric technicians for further examination.

To promote SHIP, the schools involved carried out social mobilisation activities four days before and during the deworming and vision screening activities, including four Town hall meetings, PTA meetings, and town criers’ announcements in communities. The SHIP team met with local leaders to explain the importance of the SHIP project. Results shared with relevant stakeholders at the county level showed that participants, including schools and community leaders, were very enthusiastic about the programme, have shown commitment to its successful implementation.

This has been a very promising start to a programme that we hope will have a significant impact on the overall health of children in our schools. We will continue to monitor the results and share what we learn as SHIP is rolled out in 156 schools, targeting 28,928 children in and out of school in Grand Kru County in April 2019.   Following Grand Kru, the next targeted county will be Sinoe (in June 2019).

914
children were dewormed and screened 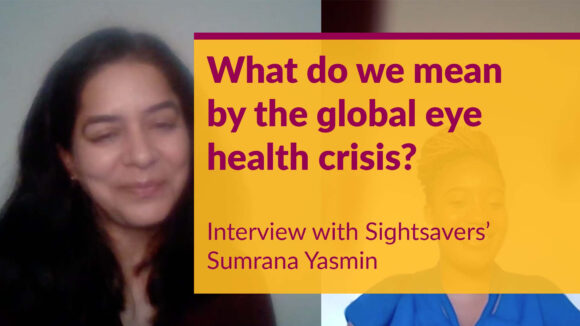