Trachoma in Zambia: insights from the SAFE programme

These four elements have been endorsed by the World Health Organization as the most effective way to tackle this debilitating disease.

DFID SAFE has supported Zambia to make significant strides towards eliminating trachoma as a public health issue. The programme, which ended in June 2019, has achieved some great milestones: in Zambia, more than 1,800 people have had sight-saving surgery and 3.1 million treatments were provided to 1.6 million people. Sanitation and hygiene practices in at-risk communities have improved following awareness campaigns that reached almost 850,000 people, including 53,000 school children.

The programme has also generated important insights that will help future programmes in Zambia to finally eliminate trachoma in the country. Three key lessons stand out. 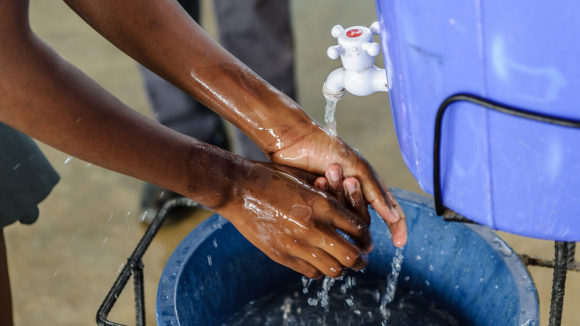 DFID SAFE is funded by the UK government’s Department for International Development (DFID) and led by Sightsavers on behalf of the International Coalition for Trachoma Control.

The perception of a programme is crucial. DFID SAFE worked in Zambia’s Southern Province, a political opposition stronghold. Initially, people associated the programme with the ruling Patriotic Front (PF) party and this meant they were reluctant to take part.

Some of this stemmed from a simple coincidence: our antibiotics were donated by Pfizer through the International Trachoma Initiative but because drug containers were branded ‘Pf’, rumours began to circulate that the antibiotics had been developed by the ruling party to make people go blind so they couldn’t vote.

When this information came to us, we arranged meetings with counsellors and local traditional leaders to explain that the initials related to a pharmaceutical company, not the Patriotic Front. Together with the local ministry of health, we explained that the goal was to prevent avoidable blindness caused by trachoma.

We also worked with district administrators, who serve the communities they live in and command a lot of respect. Once we had good relationships with these local leaders, it became easier for communities to accept the programme. The district administrators were appointed to chair district trachoma task forces, which included local authorities and district-level representatives from ministries of health, education, water, chiefs and traditional affairs and gender.

Members of each task force were trained by people working in the ministry of health, who had themselves been trained by Sightsavers’ technical staff. This enabled task force members and district leaders to talk from an informed position.

At the start of mass drug administrations (MDAs), when treatments are given to at-risk communities, task force members and local leaders took the antibiotics themselves to show the medication was safe. They also spoke on local radio to reassure people and explain the importance of treatment. This was a huge factor in convincing people to trust the programme and receive the antibiotics. 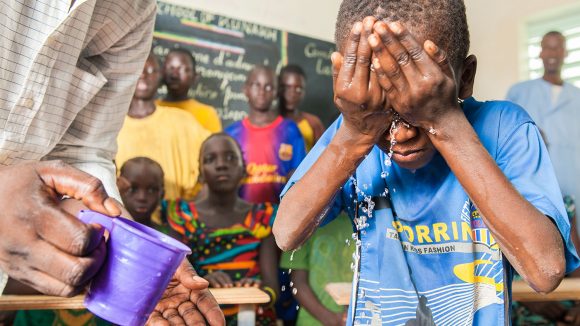 More about the SAFE programme

DFID SAFE, which ended in June 2019, worked in five countries (Zambia, Nigeria, Chad, Ethiopia and Tanzania) to control the spread of trachoma.

Getting to people in hard-to-reach areas

Using both a door-to-door approach and providing a specific treatment site in communities during the MDAs enabled us to reach the WHO-recommended goal of 80 per cent coverage. We trained local people – both men and women – as community health workers to distribute the medication and educate people about their health. The community workers engaged with households and were listened to because they were members of the same community.

Eliminating trachoma also involves helping to provide surgery for people with trachoma trichiasis (TT), the most severe form of trachoma. To find people with TT in the district, trained case finders worked with the ministry of health’s rural health centre staff to develop zonal maps, which they used to carry out systematic, door-to-door searches.

We used approaches that targeted the whole household, for both MDAs and TT case finding, meaning we were able to reach people who might otherwise have missed out, such as women, children, older people and people with disabilities. This approach also helped to overcome the problem of people not having enough money to cover the journey to visit a clinic, and meant people with mobility issues didn’t need to worry. In the end we reached more women than men through our MDAs: a significant achievement, given that trachoma disproportionately affects women.

Another important group of influencers were young people. Through SAFE we partnered with Unilever for the Super School of 5 programme, a hygiene awareness campaign featuring five superhero characters who encourage children to wash their face and hands with soap at five key points during the day. By changing children’s behaviour, a whole generation will grow up with a different attitude to hygiene and sanitation. 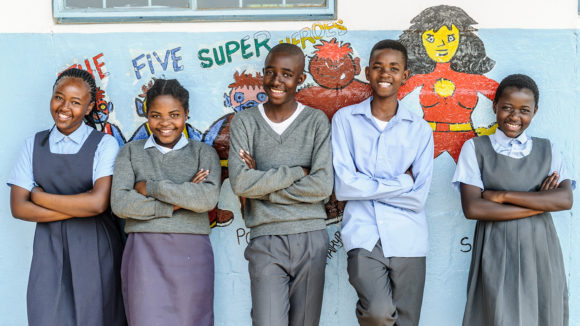 Getting the right data

It may sound simple, but during research, one of the most important things to be aware of is how reliable your data is. Initially we thought we had a huge backlog of more than 50,000 TT cases in Zambia, but when we started using data from the Global Trachoma Mapping Project (GTMP) it became clear that the scale of the problem was not as high in some regions.

Although we had planned to carry out MDAs over five years, this new insight indicated we would be likely to achieve our goals in less time. We ended up carrying out MDAs for three years: by this point, active trachoma levels were falling below the 5% threshold – the point at which MDAs are deemed effective enough to stop. Another factor that helped bring trachoma levels down faster than expected was the presence of several water, sanitation and hygiene (WASH) activities being carried out by different partners in the province, which helped to reduce the spread of trachoma significantly.

The Ministry of Water, Development, Sanitation, and Environmental Protection (MWDSEP) collects data on WASH activities and their impact. But before SAFE, data about trachoma, such as the number of children with clean faces, was not included. So we lobbied MWDSEP to change this and, after piloting the concept, they agreed. This means anyone working on sanitation in the districts where trachoma is present now collects data on these indicators, meaning we can continue to track progress.

2.6 million
people were surveyed for the Global Trachoma Mapping Project

Once we reach the right number of people with treatment and surgery, before we ‘move out’ of a district, it’s important to ensure that there are enough resources, such as staff and equipment, to deal with any future trichiasis cases.

It’s also vital to continue communicating with local health teams to understand what’s happening. To achieve this, we telephone them each month and also monitor their facial cleanliness and environmental improvement activities. By doing this, we hope to continue to maintain the significant gains that SAFE has achieved.

2.9 million
people have been given antibiotics during the programme

Read more about our work in more than 30 countries