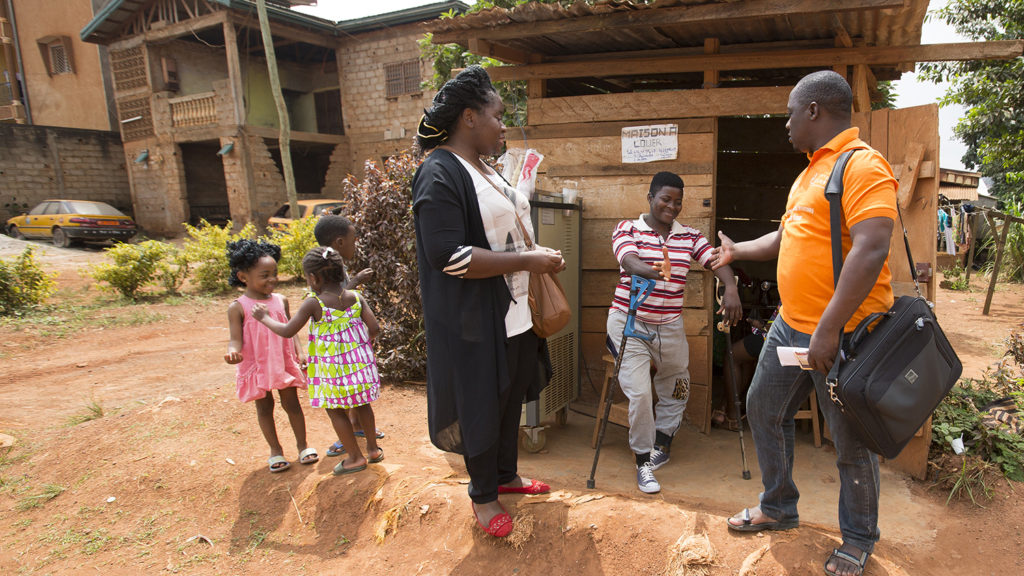 When we turn 18 (or 21 in some countries), we all have the right to register and cast our vote.

Some of us may choose to become more involved in politics, joining political parties or even standing for election at local or national levels. Yet many people with disabilities are excluded from participating in political life.

The United Nations Convention on the Rights of Persons with Disabilities (UNCRPD) underscores the equal right of people with disabilities to participate in political life. Despite this, in Africa many are excluded from political engagement and cannot fully exercise their guaranteed rights.

To find out why this is, my colleagues and I looked at all the available evidence on inclusive elections. This helped us to understand the barriers to political participation in Africa, identify the steps taken to enable people with disabilities to participate, and assess what effect these measures have had so far.

Ratify/Ratification: ‘Ratification’ is an act by which a State signifies an agreement to be legally bound by the terms of a particular treaty. To ratify a treaty, the State first signs it and then fulfils its own national legislative requirements.

Signing the UNCRPD, however, does not automatically indicate that people with disabilities can easily enjoy their rights. So why are they still being excluded?

Our review identified three barriers to political participation, which are discussed in more detail below:

1. Lack of education and financial resources

The evidence generally suggests that educated people are more likely to participate in politics, so it’s not surprising that we found that lower levels of education were a barrier to political engagement. A study from Ghana reported that many people with disabilities dropped out of school and were functionally illiterate, affecting their awareness of their rights and their willingness to participate in politics. The same study also highlighted that political campaigns can be very expensive as they involve significant resources (printing banners or producing TV and radio adverts, for example).

To address these barriers, a few African countries have received financial support. In Zimbabwe, the UK Department for International Development provided a grant to educate people with disabilities on their right to vote. In Mauritania, representatives from disabled people’s organisations were financially supported to take part in national, regional and international meetings. In Cameroon, a project called Accessible Elections was developed with the support of Sightsavers and several local CSOs. This involved identifying and refurbishing pilot voting booths, training DPOs and people with disabilities on legal aspects of elections, and supporting radio and TV programmes encouraging people with disabilities to participate.

Through our review, we found that stigma and negative social attitudes are strongly associated with political exclusion. For example, in a study from Ghana, more than 95 per cent of people with disabilities reported that stigma played a major role in their political marginalisation. Negative attitudes towards disability are often rooted in cultural and social norms, and physical and sensory impairments are often associated with divine punishment.

We also found that, in many Ghanaian communities, even people with disabilities who were part of the social elite did not dare to contest in political elections, given that many were often mocked and, in some cases, unfairly treated. This discouraged others from engaging in politics, even if they were educated, wanted to stand for office and had the resources to finance an election campaign.

Involving people with disabilities in decision-making processes can help to tackle stigma and negative social attitudes. This is where disabled people’s organisations (DPOs) are vital, providing a pre-existing platform to mobilise people with disabilities and represent their interests. Coalitions in Sudan, Lebanon, Kenya and Mali have been successful in drafting policies and regulations, educating voters and monitoring election processes. This allowed DPOs to acquire more rights and responsibilities with other civil society organisations and encourage other partners to take a proactive approach to understanding and supporting people with disabilities within their areas of work.

95 per cent
of people with disabilities reported stigma in Ghana

Despite these provisions, the same Constitution states that a person of “unsound mind” may not vote and may not be selected as a member of parliament. We found that the terms “unsound mind”, “mental capacity” and “mental infirmity” are used in several provisions, however these terms are not defined anywhere in the law and may be used to restrict people with intellectual disabilities from political and civic participation.

Recognising that this discriminatory legal framework exists gives us an opportunity to make provisions that can improve equality of participation. For example, Nigeria’s 2010 Electoral Act states that people with disabilities may request support from the registration officer to complete the registration form. Meanwhile, voters with visual impairments or physical disability in Sierra Leone and Kenya can be accompanied into the polling unit by another person of their choice.

Physical accessibility of registration and electoral points
Voter registration is one of the most important prerequisites for political participation. If voters are not registered or their disability is not known, they may face accessibility challenges on the day of the election and may not be able to vote at all. In Democratic Republic of Congo (DRC), election observers reported that access to the registration centres was problematic given the poor status of the local roads.

In Ghana and Malawi, all voters are required to appear and register in person, but there are no registration provisions in place for people with physical or sensory disabilities. Half of the respondents in Ghana said that the registration centres and polling stations were not accessible to accommodate the needs of people with physical disabilities.

Measures to improve physical accessibility have been reported in a number of countries. For example, in DRC, the ground floors of schools were used for electoral registration to avoid problems for people with physical disabilities in using the stairs. In Mauritius, voting premises were adapted by installing ramps at polling stations, and including booths at the height of wheelchair-using voters. However, it is not clear if these adjustments increased the participation of people with disabilities.

Impairment-specific barriers
Some of the evidence in our review suggested that the degree of exclusion was often determined by the type of impairment experienced. For example, while wheelchair users had difficulty accessing polling stations in Ghana, people who were deaf or blind faced communication challenges at the centres where political rallies were held. Candidates with hearing impairments found it difficult to interact with the public and participate effectively in political debates, as there were no sign language services or assistive technology provided. In a few places where sign language interpreters were available, they were not appropriately trained or certified. People with visual impairments could not get access to printed materials, as braille machines were rare.

We reviewed a paper from Kenya, which argued that that people with intellectual disabilities experienced challenges similar to people with physical and sensory disabilities. The same paper also reported that, although there were legal provisions in Kenya designed to encourage the participation of women in politics, they did not apply to women with disabilities. 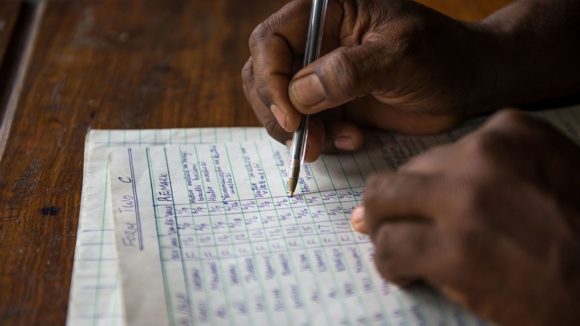 Sightsavers holds Independent Research Organisation (IRO) status, and conducts high-quality research to ensure our work is as effective as possible.

Despite efforts to improve political participation, the impact of these efforts has not been documented in the literature and some interventions were implemented at a relatively small scale.

This means that, at this stage, we can’t tell which intervention works best to improve political participation. However, identifying the barriers to political participation can help us to demonstrate the urgent need for high-quality research to assess existing and newly proposed policies, ensuring that programmes can better include people with disabilities in the future.

Bhavisha is a researcher focusing on evidence synthesis. She will present findings at the 3rd International Conference on Disability and Development co-hosted by Sightsavers and the International Centre for Evidence in Disability.
LinkedIn