“In Paralympic sport, everyone has a story,” says Xavi González, former director of the International Paralympic Committee.

Paralympics documentary Rising Phoenix (available on Netflix in the UK) features intimate interviews with elite athletes and insiders on the origins, creators and history of the Paralympic Games. As campaign officer for Sightsavers’ Equal World disability rights campaign, I’d naturally been looking forward to watching the documentary. But it’s a great watch for anyone, not just those of us with a professional interest, and I’d thoroughly recommend it as an important and powerful film.

The documentary examines the fight for recognition and rights of people with disability to compete on a global stage. And while much has been achieved, it’s also clear that there’s still a lot of work to do.

The Paralympic movement has been around for more than 70 years.

The man credited with creating the Paralympic games (or the Paralympic movement, as it is commonly referred to throughout the film) is Sir Ludwig Guttman, a Jewish refugee who fled Nazi Germany with his family in 1939 just before the start of the second world war. Guttman was a doctor who eventually came to work in Stoke Mandeville hospital in Buckinghamshire, UK, treating injured veterans who had acquired disabilities during the war. Guttman believed sport was a key component in rehabilitation of the people he worked with. This belief led to the inaugural ‘Stoke Mandeville Games’ – involving sixteen athletes – which took place on 29 July 1948, the same day as the opening of the London Olympic Games. This event gave birth to the Paralympic movement we have now. It took off in its popularity, with other countries sending their athletes to compete, and in 1960 the first official Paralympic Games took place in parallel with the Olympic Games in Rome (the documentary also explains that ‘parallel’ is where the name ‘Paralympics’ originated, not ‘paralysed’ as many people have assumed).

The Paralympic Games have played a key role in giving recognition to people with disabilities, even when their very existence was denied.

In 1980, the Summer Paralympics were held in Arnhem in the Netherlands, but the Olympic Games were held in the Soviet Union. This was because the USSR denied the existence of any disabled people in the country and refused to host the Paralympic Games as a result. The issue of people with disabilities being hidden from society is one that still exists in many countries today.

In the film, Eva Loeffler (Ludwig Guttman’s daughter) provides her recollection of the 100 metres final at the London 2012 Paralympics: “Johnnie Peacock was running, and there were 80,000 people in the Olympic Stadium. And they weren’t shouting and clapping and cheering because they were seeing disabled people. They were shouting because they were seeing a great sporting event. And that just brought it home to me, what the Paralympics mean.”

The fight for recognition continues (and it will succeed!)

Despite the success of the 2012 Paralympic Games in London, four years later the Games nearly didn’t happen at all. The film provides insight from members of the International Paralympic Committee on the fight to ensure the money for the 2016 Rio Games was released by Brazil’s organising committee.

In the documentary, Sir Philip Craven (International Paralympic Committee President from 2001-2017) explains that that when they hit problems, “…our movement’s gonna come around and say, ‘Hey, you’re not doing this to us. We’re gonna have our Games, and we are gonna get our message out there, and we are gonna help change society and make this planet a better place to live on.’”

The Paralympics is now one of the world’s largest sporting events, but the fight for its vision to be realised, like the global fight for disability rights, continues.

The Duke of Sussex, featured in the documentary, spoke about the ongoing challenge of tackling disability discrimination, saying: “Sir Ludwig’s vision has not really been completed, because still, those that are referred to as being disabled are not being encouraged, or not being accepted back into the society at large. What Sir Ludwig was trying to do back then is needed more than it’s ever been.”

The Paralympic Games – and the Paralympic movement – are a critical force for change in the continuing fight for the rights of people with disabilities to be recognised and upheld.

At the end of Rising Phoenix, Paralympic athletics champion Tatyana McFadden sums up the importance of the Paralympic Games, describing it as “so much more than just winning medals” and she’s absolutely right.

Rising Phoenix is essential viewing. Give it a watch, then join us in the fight for disability rights! 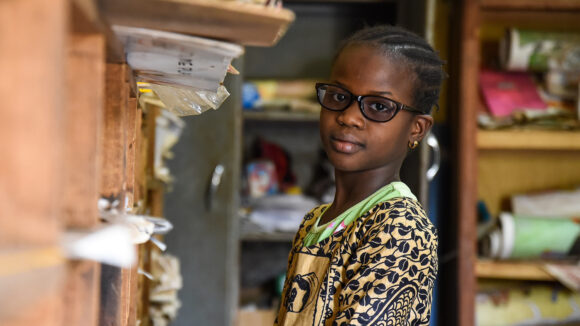