Existing cases of blindness in the Sundarbans, one of India’s poorest and most inaccessible regions, have  halved in the past five years thanks in part to the work of Sightsavers and partners.

Researchers found that before the Sightsavers eye health programme in the Sundarbans started, one in every 40 people over the age of 50 in the region was blind. Today, that number has dropped to one in 80.

Sightsavers India CEO RN Mohanty said: “Good vision is a human right, not a luxury: eye care services should be affordable and within reach of anyone. We want governments and donors to see that health services are not complete unless they have eye health facilities. The research proves what is possible in just a few years with the right approach.”

Sightsavers’ programme, which started in 2013, aimed to make long-term improvements to eye services for the 4.7 million people living in the Sundarbans, a remote, island-dotted region in the Ganges delta in West Bengal. Rates of blindness in the region were twice as high as in the rest of the country, and most eye health services were too inaccessible or expensive for many of the area’s residents. More than 40 per cent of people in the Sundarbans live below the poverty line.

To address this, Sightsavers and partners developed 17 eye health centres and helped to provide better equipment and training in five hospitals. People living in the Sundarbans were also told how to spot eye health problems.

The project worked with the government by supporting long-term improvements in infrastructure within existing health centres. It was made possible by funding from Standard Chartered’s ‘Seeing is Believing’ investment programme. 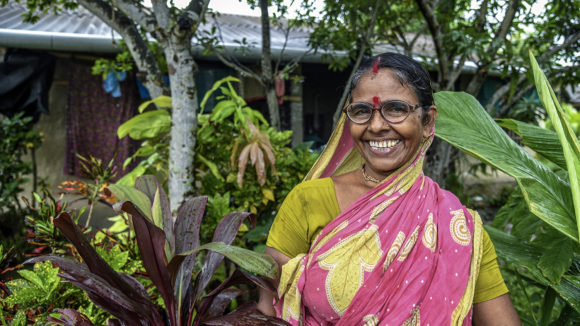 How the project has made a difference

Working with its partners, Sightsavers has helped to transform eye health in the Sundarbans, changing thousands of lives. Here you can meet some of the people we’ve helped.