Sightsavers’ Equal World campaign is calling for better representation of women, as well as people with learning disabilities and people from developing countries, on the United Nations disability committee.

The committee, which monitors how countries are meeting the requirements of the UN Convention on the Rights of Persons with Disabilities (CRPD), is currently made up of six women and 12 men. Elections for nine positions on the committee will be held in June 2020 at the 13th Conference of States Parties to the CRPD at UN headquarters in New York.

Tessa Murphy, Sightsavers’ campaign manager, says: “Sightsavers previously called for better representation of women with disabilities in 2018. At that time there was only one woman on the committee, who was due to step down, but following global support on the issue, six women were elected.

“While this was a great improvement, there’s still a way to go to achieve gender equality on the committee. In this year’s election, our Equal World campaign is calling for diversity of representation on the committee, so that it can adequately represent people with disabilities, including women, people with varying disabilities and people from developing countries.”

Nominations for the committee are open until April, and there are currently six women on the list of nominees.

We have been working to fight for the rights of people with disabilities across the world. 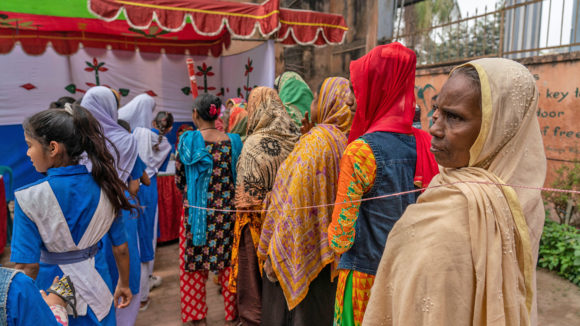