The UK’s foreign aid budget is being cut by £4 billion, the Foreign, Commonwealth & Development Office (FCDO) has announced.

On 16 June the World Health Organization (WHO) warned about the impact of the cuts, stating that ‘no obvious alternative source of funding exists to fill the funding gaps’ left by this exit.

In a joint statement, the consortium said: “We are devastated by the UK government’s confirmation that they are prematurely pulling funding for NTD programmes – abruptly and permanently abandoning low-cost, effective treatment that makes a meaningful difference to hundreds of millions of lives.

“We are proud of the outstanding progress achieved by these and other NTD programmes, which have improved the health and prospects of many millions of people and contributed to eliminating trachoma in Ghana and The Gambia, and lymphatic filariasis in Malawi. The reality of this decision is that, for many others, disease may go untreated and this progress to eliminate these life-changing conditions, in the poorest and most marginalised communities around the world, will be undone.

“The UK was a global leader in the fight against NTDs and we call on the UK government to return to this leadership position as soon as possible. It is vital that NTDs are prioritised in future global health plans – only through prioritisation and demonstrable leadership will we be able to eliminate these diseases and build on the momentum that has been achieved.” 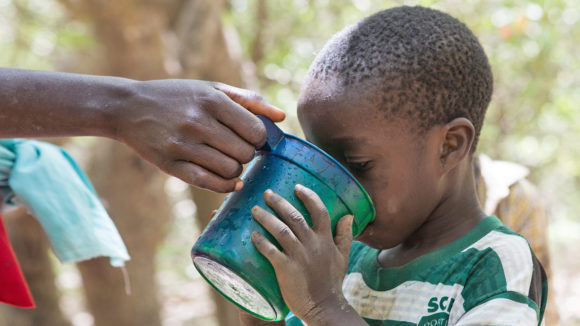 This three-year programme is the largest multiple neglected tropical disease programme Sightsavers has supported to date.