Sightsavers began working in Malawi in the 1950s and helped to launch the Malawi Trachoma Elimination Programme in 2014. On 21 September 2022 the World Health Organization (WHO) officially announced that the country had eliminated the disease as a public health problem.

Trachoma is the world’s leading infectious cause of blindness. In the past 20 years, the number of people at risk of trachoma globally has dropped by 92 per cent, from around 1.5 billion people in 2002 to 125 million today. But the condition still affects people in more than 40 countries, the vast majority of which are in Africa.

HE Lazarus McCarthy Chakwera, President of Malawi, said: “I am proud to lead Malawi’s celebration in defeating yet another neglected tropical disease (NTD). This success in eliminating trachoma – the world’s leading cause of infectious blindness – coming so soon after our country celebrated the elimination of elephantiasis in 2020, shows the fight against NTDs can be won.

“I would like to pay special tribute to our wonderful community health workers, many of them women, who played an instrumental role in getting us here. We may be the first in the Southern African Development Community, but we are determined not to be the last. I urge my fellow heads of state to endorse the Kigali Declaration on NTDs and commit to its delivery as a gateway to ending NTDs.”

From 2014 to 2020, the Trachoma Initiative programme, supported by The Queen Elizabeth Diamond Jubilee Trust, worked to eliminate the disease by working with Malawi’s Ministry of Health and partners to implement the WHO-endorsed SAFE strategy. This combines surgery, antibiotics, facial cleanliness and environmental improvements to stop the spread of infection.

Bright Chiwaula, Sightsavers’ Malawi country director, said: “Eliminating a disease on this scale is a massive achievement for our country. Thanks to hard work, commitment and collaboration between government, health workers, volunteers and organisations like Sightsavers, 9.5 million people are no longer at risk of losing their sight to trachoma.

“Malawi’s triumph provides hope and encouragement to our neighbours still working to eliminate the disease. To these countries I say: the strategy we are using works. Keep going!” 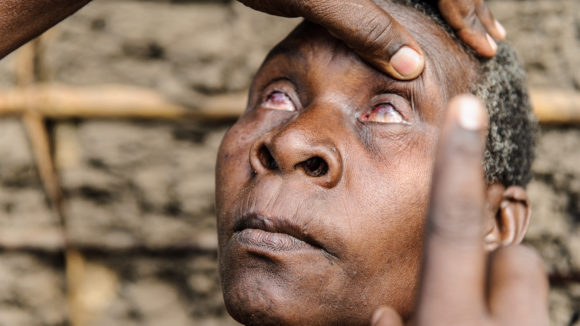 Trachoma is the world’s leading infectious cause of blindness, and is part of a group of conditions known as neglected tropical diseases (NTDs).

Learn about the disease 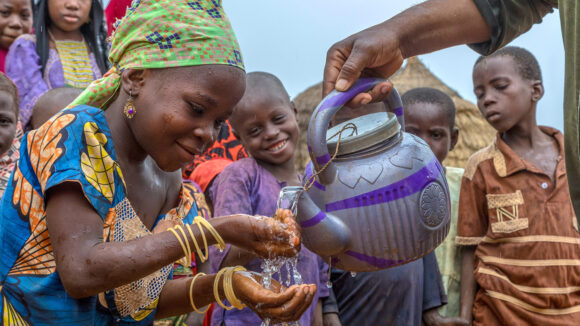