Glaucoma is caused when pressure builds up inside the eye, damaging the optic nerve that connects the eye to the brain. If it’s not treated in time, it can cause irreversible blindness. 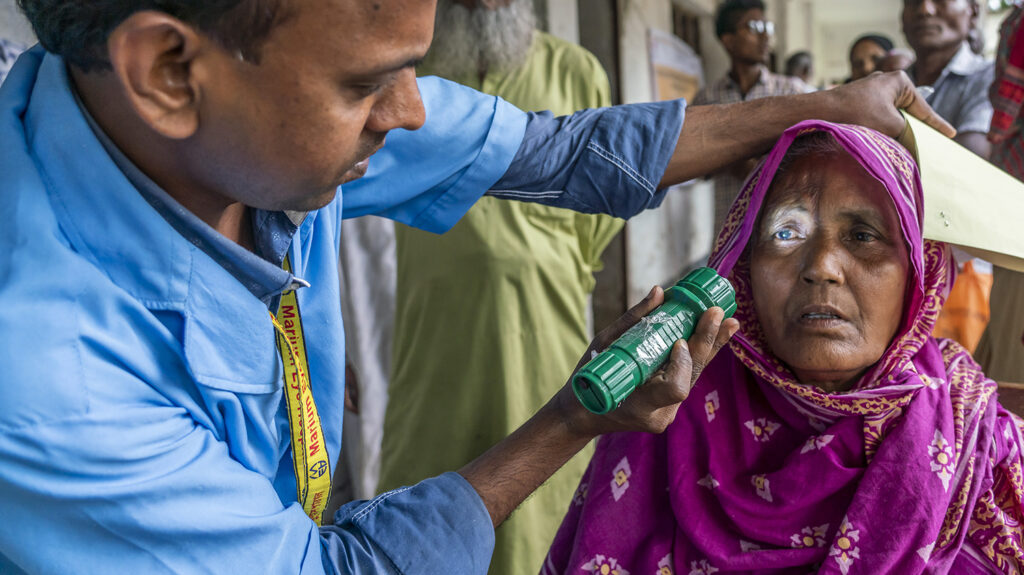 It’s thought that 4.5 million people across the globe are blind because of glaucoma, making it the third highest cause of blindness worldwide.

The eye condition can be difficult to diagnose because symptoms don’t appear straight away – instead, they develop slowly over many years. This means many patients only seek treatment when they notice they’re losing their sight, when significant damage has already occurred.

Glaucoma is a group of conditions caused by normal fluid in the eye that hasn’t drained properly. This creates pressure that damages the optic nerve connecting the eye to the brain, resulting in sight loss. Although the causes of glaucoma are not fully understood, factors such as age, family history, racial background and other medical conditions such as diabetes and short-sightedness can increase the risk. It can affect people of all ages, but it’s most common in adults over the age of 60.

What are the different types of glaucoma?

There are different types of glaucoma, and treatment will depend on the type a patient has.

Primary open-angle glaucoma is the most common form of the condition where the channels that drain fluid from the eyes become clogged, causing an increase in pressure. A person may have few warning signs but if caught early, this form of glaucoma generally responds well to medication.

Acute angle-closure glaucoma, which is less common and often occurs in people who have smaller eyes, where blockages are more likely. It causes sudden, intense symptoms that require urgent treatment: medication to lower the pressure is usually needed before surgery can be carried out to correct the issue.

An injury to the eye, illness or taking certain types of medication, such as steroids, can cause secondary glaucoma. 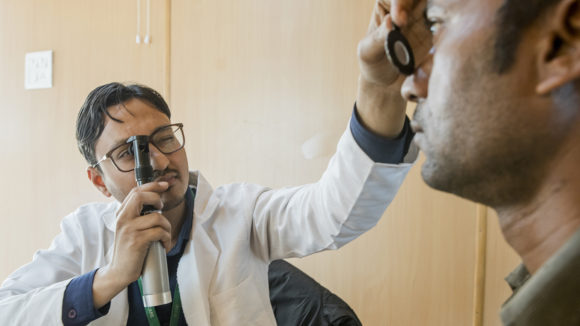 To tackle glaucoma in India and Nigeria, Sightsavers is working with pharmaceutical company Allergan and the International Agency for the Prevention of Blindness (IAPB).

About the project
64 million
people worldwide are estimated to have glaucoma
95.4 million
people are likely to be affected by 2030
50%
of people with glaucoma don’t know they have the condition

What are the symptoms of glaucoma?

Typically, people with the most common forms of glaucoma don’t experience any symptoms until the later stages of the disease, when severe damage to the optic nerve has already occurred, causing blind spots and vision loss.

Those with acute angle-closure glaucoma, which is less common, may experience pain and redness in the eyes and severe headaches. Some people with secondary glaucoma may also experience symptoms.

Without access to eye health services and regular screening every two years, early signs of the disease can be missed, leaving it to progress and cause permanent visual impairment and blindness. Untreated, this can happen within 10 to 20 years.

Can glaucoma be cured?

Glaucoma can’t be cured, and vision that has already been lost cannot be restored. But further sight loss can be prevented via medication or surgery. Each glaucoma patient requires lifelong management for best results. 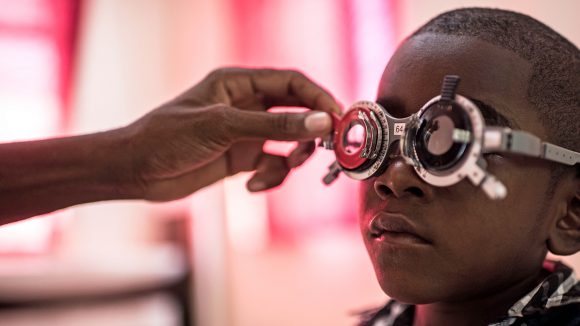 How we protect sight

Glaucoma is just one of the eye conditions that we treat and prevent in Africa and Asia.

Read about our work

How is glaucoma treated? 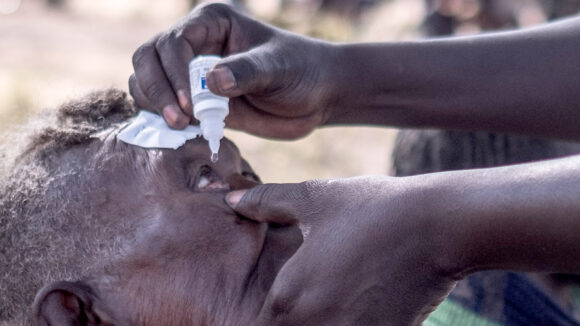 The most common type of glaucoma is usually treated with eye drops that reduce the pressure in the eye. This treatment will need to be continued throughout the person’s life. 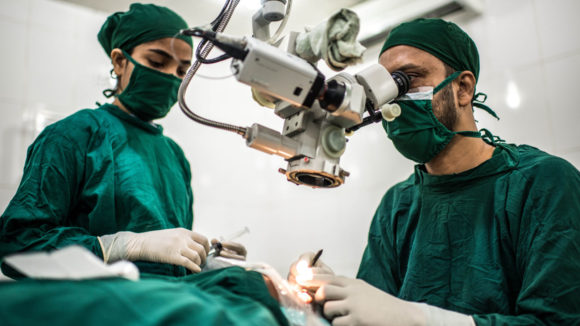 Laser treatment or surgery can correct the problem that initially caused the fluid build-up. Laser treatment is fairly straightforward and usually takes about 15 minutes.

Sightsavers treats and prevents eye conditions including glaucoma in the countries where we work.

Yet the challenge is that patients often don’t seek treatment for glaucoma until it is too late to save their sight. This is why we are working with partners in Africa to introduce pilot programmes to prevent and treat glaucoma.

Our aim is to make sure glaucoma is diagnosed and treated as part of local eye health services where people can be screened regularly, to ensure patients’ sight can be saved.

Learn more about what we do

Fighting “the silent thief of sight”

Eye surgeons in Nigeria are learning new ways to treat patients with glaucoma, as part of the Keep Sight project.

Your gift can help save someone’s sight