Why water matters: insights from an expert 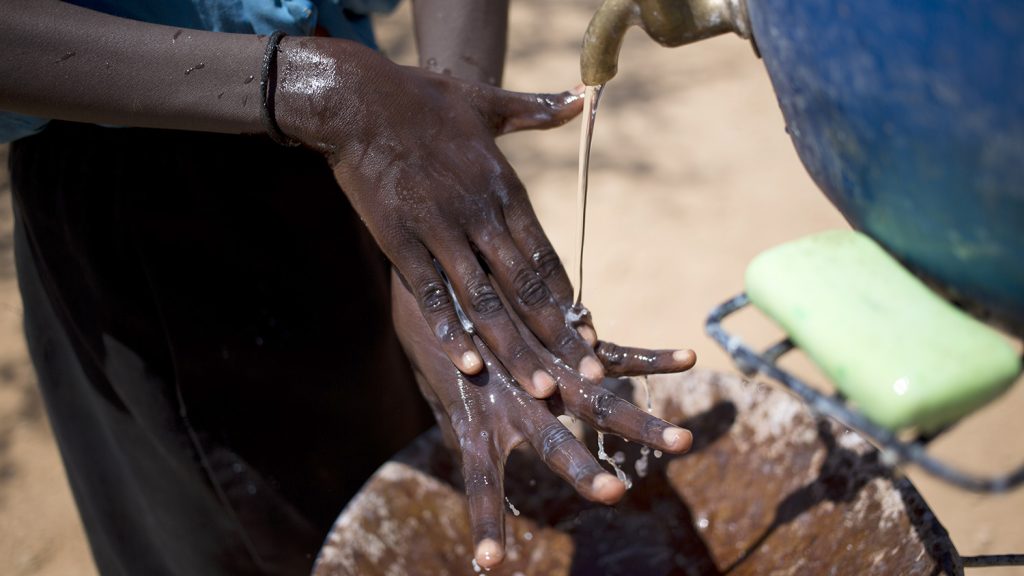 One simple element is vital to all of our sight-saving work: water. Without it, we wouldn’t be able to promote good hygiene to prevent the spread of disease, or carry out eye operations to restore sight.

To mark World Water Week, we chatted to Geordie Woods, Sightsavers’ technical director for WASH and behaviour change for NTDs, about the importance of water and hygiene to prevent disease and save sight.

What does WASH stand for and why is it important?

WASH stands for water, sanitation and hygiene. All three parts are vital to development and public health, but each have their own particular scope. WASH interventions have broad public health benefits that reduce multiple diseases. They also contribute to non-disease-related issues such as school attendance.

Can you describe your role?

I provide technical assistance to our country teams putting WASH programmes into action and advise on Sightsavers’ global WASH strategy. I spend a lot of my time working on behaviour change programmes, which encourage good health and hygiene and discourage negative habits. This is because preventing people from getting diseases can be just as important to eliminating diseases as treating them.

Advocacy is also really important, and much of our work involves working with country organisations and governments to understand what resources they need from us in areas at high risk of neglected tropical diseases (NTDs).

Why is water so important to beat NTDs?

Water is vital to prevent NTDs and care for patients. Three main aspects of this are:

As well as helping to prevent the spread of infectious diseases, WASH is also crucial to treat and care for people already affected by them. The work we do helps to reduce the severity of disabilities and to improve quality of life.

Having safe water sources is also important to care for patients with diseases such as leprosy and lymphatic filariasis, and it ensures surgery can be carried out in hygienic conditions. 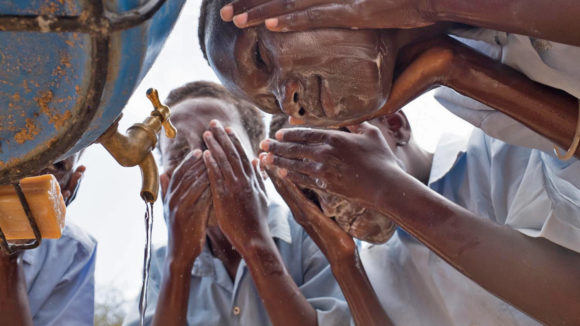 On 25-30 August 2019, Sightsavers is highlighting water issues around the world to show why water is an essential part of our work to save sight.

What is your favourite water-related memory from a programme?

One of my favourite memories was in a small community in northern Kenya. The school we were working in had no water at all on the school grounds. As part of the Super School of 5 programme to help eliminate trachoma, students were taught about healthy hygiene practices and how, with a very small amount of water, they could wash their hands and faces.

The teachers met the parents in the community and asked the children to bring small bottles of water from home, to ensure the hygiene stations at school had enough water every day for all students to keep clean and prevent the spread of disease. It was amazing how water made such a dramatic change in this school – and know the difference it would make in such young lives.

Changing behaviour involves changing social norms. The hope is that by changing habits, you change them forever. If you, and all your brothers and sisters, grow up with the habit of washing your hands and face every day when they’re dirty, your children and your children’s children are likely to do the same. My job is to help communities and programmes to find the best ways to make this change.

What tools does Sightsavers use to influence behaviour?

We often use environmental ‘nudges’ and disruptive cues. For example, in Zambia, we worked with partners to create what we called a ‘hall pass’ – a piece of soap on a rope. If students want to use the toilet, they have to take the soap with them. When they return the teacher can check if the hall pass is wet, and if not, the student will be sent back to wash their hands.

We’ve also used mass media such as TV and radio, in countries like Ethiopia and Uganda, to create compelling radio dramas and short jingles to promote good hygiene among local communities.

In Tanzania we worked with partners in schools to promote innovative ideas for hand-washing stations based on the simple tippy tap, a simple, hygienic water dispenser made from a container of water suspended from a wooden frame. A rope is attached to the container, then connected to a stick on the ground. Pushing on the stick with your foot causes the container to tip up, releasing water into your hands without you having to touch the container and get your hands dirty. Several schools were able to even develop a model to sell in the local market.

Have you seen tippy taps in action? How effective are they in changing behaviour?

I’ve seen them in a number of different countries and school programmes where we work. In some cases we have built tippy taps with the children. They can be made with lots of different materials, including water buckets, milk cartons and even gourds. They can be highly effective in changing behaviour. For example, in one of our children’s hygiene programmes in Kenya, some of the schools used tippy taps for hand and face washing stations. The project successfully increased hand and face washing by 75 per cent.

Trachoma is caused by a bacterial infection that is transmitted by flies. The flies breed in human faeces. By ensuring that people wash their hands and faces, we can make sure that they remove bacteria and stop the diseases being passed to other people. Without good hygiene, people can suffer unnecessarily from these painful and blinding conditions.

142 million
people are at risk of going blind from trachoma

Geordie Woods
Geordie is Sightsavers’ technical director for WASH and behaviour change for NTDs, and is based in the US.