People in Nigeria with diseases affecting the skin have shared their photos as part of a research project into how these conditions can be better managed. 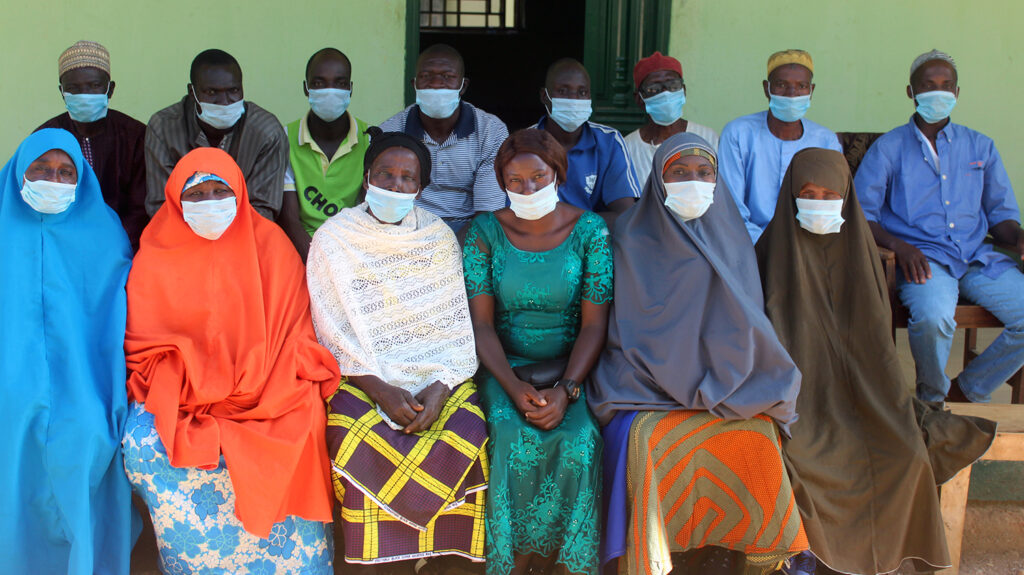 “When I was healthy, I used to help people to do their laundry and get paid. Now, because of the way my fingers are, I cannot. I feel very sad. I really wish and pray to God I get the help to get well again.”

Modinat, who has leprosy, is one of about 40 people with NTDs and their caregivers in Kwara and Kaduna states in Nigeria who have been trained to use photography to share their stories of living with skin conditions such as Buruli ulcer, lymphedema and hydrocele. Over the course of two weeks, they took photographs within their communities to capture their experiences. They were recruited as co-researchers as part of a wellbeing research study for the COUNTDOWN programme.

Their photographs and stories were then gathered for an exhibition emphasising the stigma that is often faced by people with these conditions, and the social and mental burden that this can place on them and their caregivers.

“The pictures help me to showcase my problem and challenge in life,” explains Modinat. “The pictures show I need help. It has really helped me to be able to tell the world my problem that I have been keeping to myself.”

The photos at the exhibition show the devastating impact that neglected tropical diseases (NTDs) affecting the skin can have.

Abdulmimini Hussain, a participant with leprosy, says: “We are not allowed to live where the other healthy people stay, and I am not happy seeing that we are separated from the others.”

Other participants described losing their livelihoods as a result of their illness. “I took this photo because of my ill health,” explains Saidu Isah, who has leprosy. “I am idle without a trade or any activity to keep me busy – it shows that I beg for alms to earn a living.”

Participants also mentioned the support they received from family, friends and others in their community. David Irimiya, who has lymphedema, says: “My wife takes very good care of me. Whenever I am unable to go to the farm as a result of ill health, she takes up the responsibility of working on the farm.”

About the Wellbeing research study

This initiative in Nigeria is being implemented by Sightsavers in partnership with the Liverpool School of Tropical Medicine, as part of the wider COUNTDOWN programme. It is working with the Nigerian Federal Ministry of Health, the ministries of health in Kaduna and Kwara states, and the local government departments of health in Nigeria.

The stories were gathered alongside other projects as part of the COUNTDOWN research programme, which aims to investigate ways to control and eliminate the most common neglected tropical diseases.

This wellbeing study used a community-based participatory research approach. This involved using ‘photovoice’, where members of the community affected by skin NTDs were trained and supported to record their experiences in words and pictures. The photovoice process was used to identify challenges and promote collective action so that people affected can begin to address these challenges.

This method provides a way for local communities to take an active role in shaping research projects. Sightsavers research analyst Tosin Adekeye says: “We can’t see ourselves as the all-knowing researchers; instead, we have to learn from those who are affected.”

Shahreen Chowdhury at Liverpool School of Tropical Medicine says: “This project has highlighted how powerful photovoice can be in amplifying the voices of people affected through sharing their own stories, but also in taking ownership by leading and actioning positive change.”

The accounts have also left a strong impression for those who have been involved in the project. “Photovoice research has opened my eyes to the plights and yearnings of people with stigmatising skin diseases such as swollen scrotum, lymphatic filariasis, leprosy and Buruli ulcer,” says Afolayan Olatunde James from the Kwara State Ministry of Health.

The research programme is led by the Liverpool School of Tropical Medicine (LSTM), with support from partners including Sightsavers, FHI360 and government agencies in the host countries. Funded by UK aid, the programme runs in several African countries, including Nigeria, Liberia, Cameroon and Ghana.

The project is now taking its findings further by involving people with NTDs in leading and shaping a series of support groups, with the support of state NTD programme implementers. These groups will bring people affected by NTDs together, providing a positive environment where they can receive peer support and build networks. The groups will address issues raised from the research, providing guidance on areas such as disease management, vocational training and psychosocial support.

Adekeye says: “It is really exciting to see the people affected as co-researchers driving the support groups, deciding when and where they will meet, and setting the agenda for their meeting.”

The project will also look at the wellbeing of the participants before and after the series of support group meetings to determine the impact the support groups have had on stigma reduction and psycho-social wellbeing.

Adekeye says: “Our hope is that the groups will improve people’s wellbeing and reduce the amount of stigma that they experience, making a positive impact on these people’s lives.” 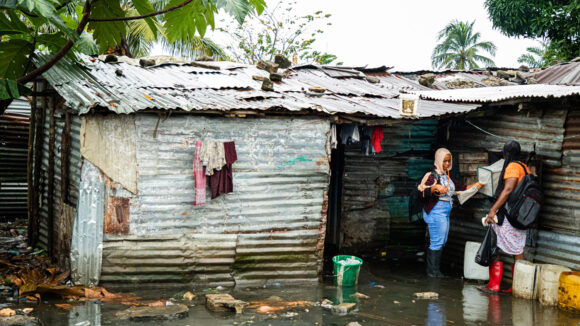 Catching the urban mosquito: how our research protects communities from NTDs

To tackle disease, we need to know who is affected. In Liberia, Sightsavers has studied mosquitoes and tested children to see how urban migration affects the spread of lymphatic filariasis. 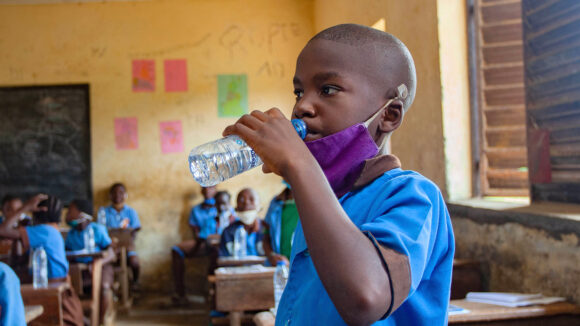