What is diabetic retinopathy?

This eye disease is caused by high blood sugar and high blood pressure. Over time, these conditions can damage the blood vessels in the back of the eye. 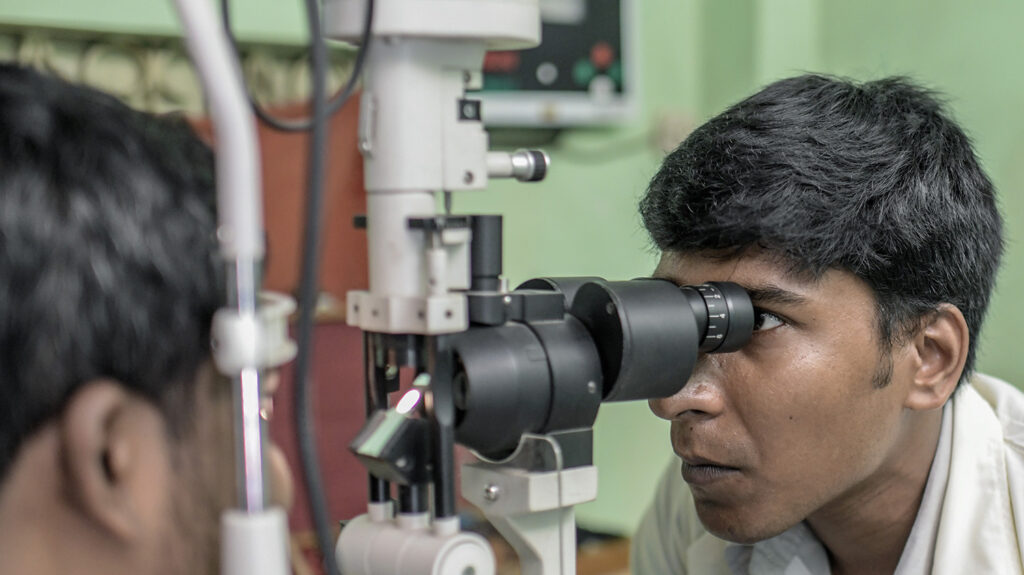 One in three people living with diabetes has some degree of diabetic retinopathy, and every person who has diabetes is at risk of developing it.

The disease usually affects both eyes, though one can be affected more than the other, and is caused when a patient’s blood pressure or blood sugar are too high. Over time, this can damage the blood vessels that supply blood to the retina in the eye, which coverts light into electrical signals and sends them to the brain.  If the retina doesn’t get the blood it needs, it can’t work properly, meaning vision is affected. It can eventually cause permanent blindness.

The disease is progressive: at first, the blood vessels start to leak and eventually cause bleeding inside the eyes. There are three stages of retinopathy that mainly affect the central part of the retina and can cause permanent blindness, while a different type of the disease, called maculopathy, affects the middle of the eye.

People who have diabetes are also at higher risk of developing other eye problems, including cataracts and glaucoma.

1 per cent
of blindness worldwide is caused by diabetic retinopathy

How is diabetic retinopathy treated? 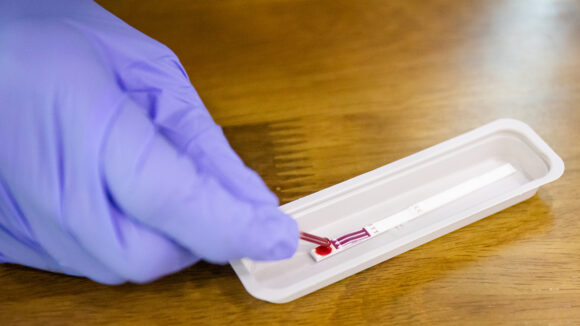 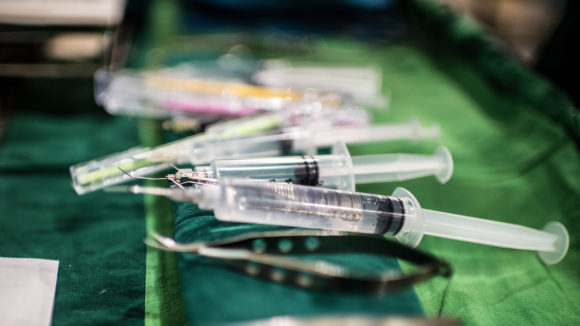 If diabetic retinopathy is detected early, injections and laser treatment can stop the disease from progressing and prevent blindness.

In the case of advanced diabetic retinopathy, surgery may be needed to remove blood and new blood vessels from the back of the eye.

Sightsavers helps to treat and prevent eye conditions such as diabetic retinopathy in the countries where we work.

We raise awareness of diabetic retinopathy through public health campaigns, and we provide support for local health services to make sure patients are diagnosed and referred for treatment as soon as possible.

The sooner people with diabetic retinopathy are treated, the more likely it is that their sight can be saved.

Our work focuses on preventing and treating avoidable blindness, fighting disease and promoting the rights of people with disabilities.

Your gift can help to save someone’s sight