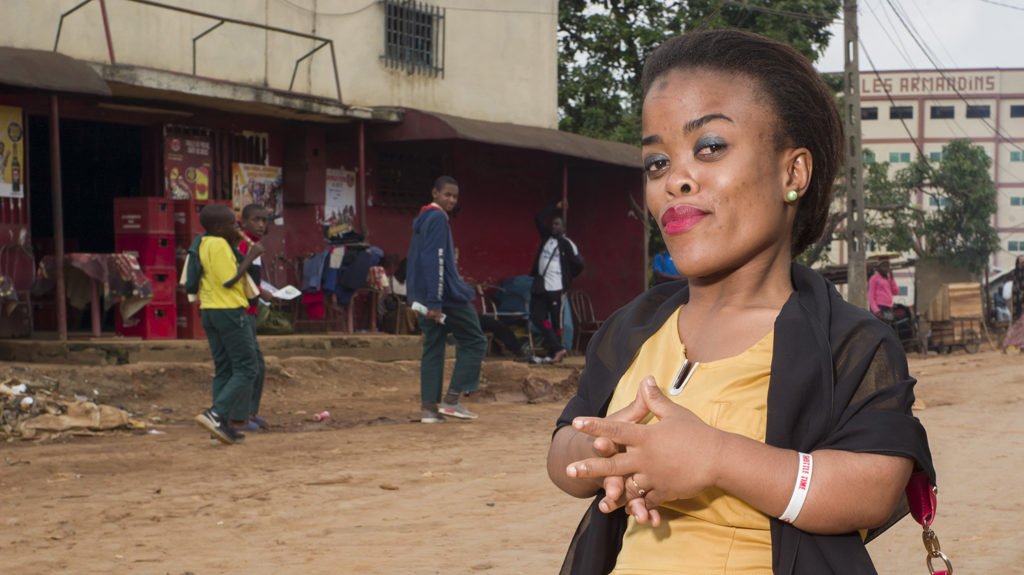 “God blessed me with very fabulous parents. My (late) dad made me see that, even though I’m of little height, I have to do something more than other people. I have to be an exceptional case… he helped me create the Association. The aim of the Association is to put an end to the discrimination and marginalisation of [people with restricted growth]. I show that they should have an education, a family – they should not face barriers and they should be equally assisted by NGOs and organisations with their problems and their projects all their lives.

“We want a change. We have rights equally, so they have to respect us; they equally have to respect our rights, give us what we have to own and stop exploiting us. The battle is: exploitation, discrimination and marginalisation.

“It was so amazing, I realised that my voice equally counted so I had to vote.

“It was a surprise [to my family] because I was on TV when they saw me. They said: ‘Ah! So you went to vote, that’s good!’ At that time my dad was still living; he was so happy. He said: ‘Wow, if things are going like that, one day little persons will have what they want.’ So it was really amazing, my family really liked it.

“In Cameroon, it’s still stigmatised, until people see me going into an office to go and vote. That’s when people realise that they can equally vote. If you permit people with disabilities to know that they have rights, they don’t have to just sit at home and say: ‘Ah no, a vote is just for other people – we are not concerned.’

“And now we’re talking about maybe having the intention to be in politics. That is another battle. You can imagine that if people in society are still trying to accept you as individuals, it’s not easy for them to accept you as a political leader, but it can be done.

“Without education, my future would be more difficult”

Sightsavers project officer Eric Musa visits Marie, who has been blind since birth, to find out how she’s continued her education during the COVID-19 pandemic.