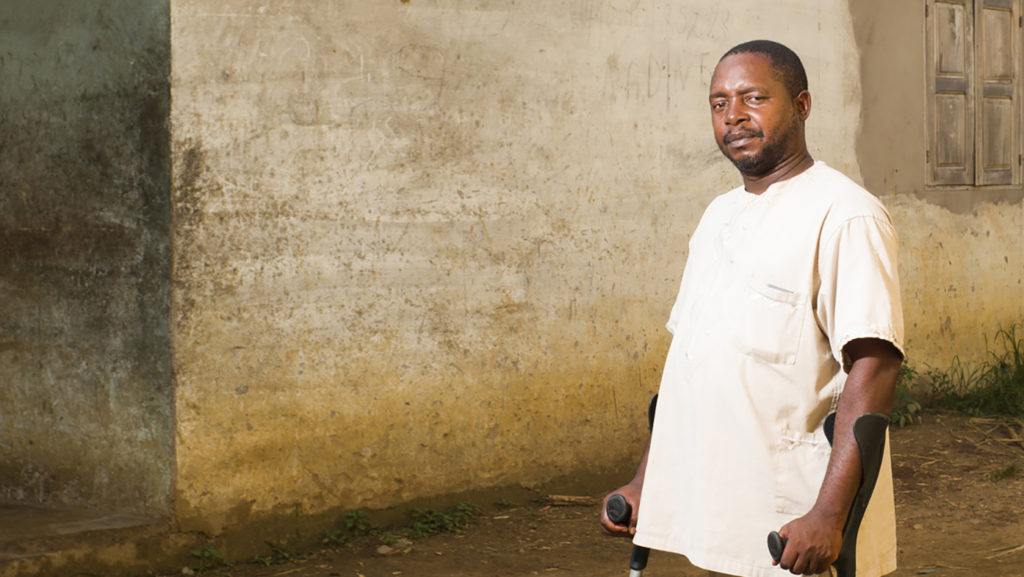 Unlike many parts of the world, in Cameroon there are laws protecting the rights of people with disabilities, including the right to vote.

Yet this legislation is rarely enforced and, come election day, many of those who want to participate in their country’s democracy still find there are serious barriers standing between them and the ballot box.

In June 2018, ahead of Cameroon’s October presidential election, we visited the town of Mbalmayo in Centre Province and spoke to a group who are part of the Platform of Associations of Persons with Disabilities – which works for the inclusion of its members in workplaces and the community – about the challenges they face when trying to vote.

For Ndong, 48 (pictured above), who has a mobility impairment, access to polling stations and administrative premises is a pressing problem. “Sadly, in one primary school where one had to vote,” he said, “some of us had to vote on the first floor. So you get there and you look at the crowds, and then also having to climb those stairs to go and vote on the first floor. You get discouraged and you just go home.”

Tsogo, a 48-year-old single mother of three, lost her leg six years ago in a car accident, and for her the barriers are financial as well as physical. Before her accident, she had always voted, but now she can’t afford the 10,000 XAF (around €15) for a new ID card, which is necessary for electoral registration.

People with disabilities are often placed in a vulnerable position in terms of accessing the right information, or in finding reliable assistance, when trying to cast their ballots. “Sometimes you go to… vote at the polling station and when you get the ballot papers, you don’t know which one is which,” explained Akoda, also 48, who is blind. “I cannot determine which ballot paper I’m taking; I don’t know where to go after that. So what happens is people pressurise you and say: ‘Go over there, vote and get out of here…’ In the end you’re not very sure what it is you are doing.”

Despite this, Akoda is determined. “I always vote,” he told us. “I haven’t found the situation any better.”

Perhaps the biggest psychological hurdle to overcome is the stigma felt by so many people with disabilities from Cameroonian society at large, where a physical impairment will commonly be associated with witchcraft or divine retribution.

“When we go somewhere people send us away, they don’t want us to interact with them,” said Akoda. “If we got to a public office to have a document signed, we can’t get anyone to sign it.”

And according to Ndong, when you go to cast your vote, “then you start hearing comments from those that are standing in the lines. They make comments like: ‘Do you think God was a fool to have made you disabled?’; ‘Why would someone with a disability come out to vote?’”

But he is convinced that this barrier – along with the other obstacles faced by him and the people in his group – will be overcome as long as people are empowered by participation in the democratic process. “As people with disabilities we are tired of living on hand-outs, on begging all the time,” he said. “We are tired of it and we think it’s time for us to influence decisions in our own interests. When we are able to drive for our civic responsibilities, for example through voting, then we determine who sits in the decision-making position.”

He affirms that it’s this involvement that “will in turn help to improve on our lives. And so that’s the message that we would like to spread… to the wider community on behalf of people with disabilities.”

You can change lives for the better 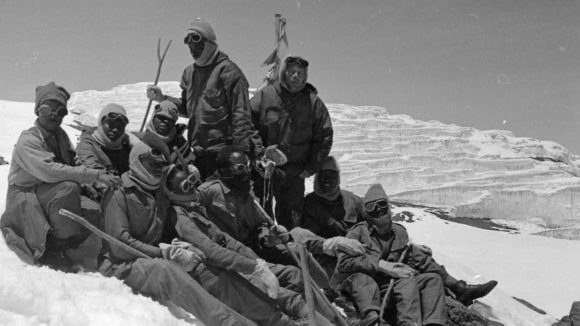 On 20 February 1969, Sightsavers supported men with visual impairments on an expedition to raise awareness about blindness. 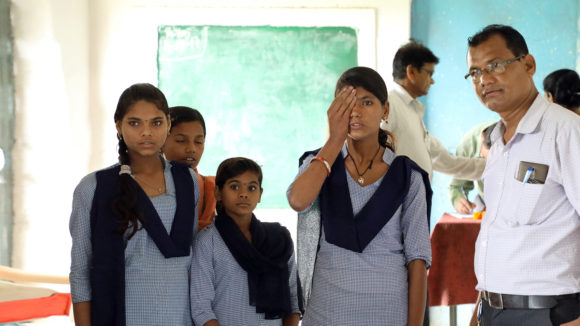 Mr Aahiswar is head teacher at Rangai Middle School in central India. He has been trained to screen students for vision problems so children can get the life-changing help they need. 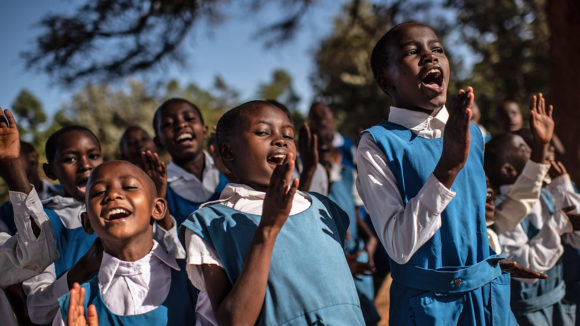 Sightsavers’ Julie Jenner meets the teachers and students who are fighting disease and preventing blindness by teaching children about good hygiene.