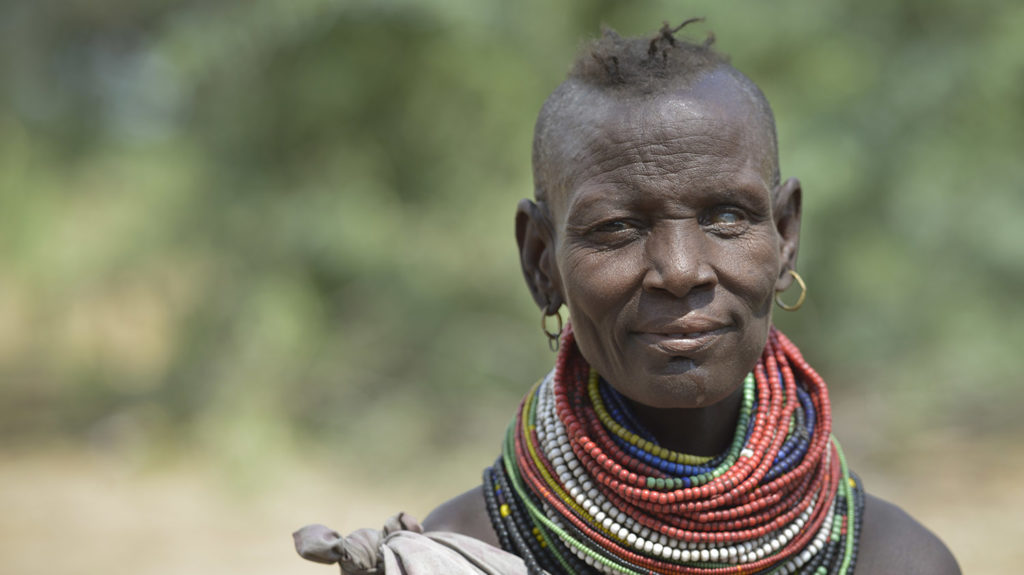 Ekeno’s sight had been deteriorating slowly, over many years. As a young woman many years ago, she first noticed that her eyes were red and sore: soon, they were always watering. As her symptoms got worse, so did the pain.

Now in middle age, Ekeno is blind in her left eye. Her sight loss is the result of trichiasis, the most severe form of trachoma, which occurs when the eye infection goes untreated. Trichiasis causes the eyelashes to turn inwards where they scratch against the eyeball, slowly and painfully robbing people of their sight. The only way to treat trachoma when it gets to this stage is through surgery.

“I see dancing colour,” says Ekeno, who is from Kamnuyaep, a village in the remote county of Turkana in northern Kenya. “Sometimes my eyes itch so badly I can’t do anything. All I can do is sleep.”

One day when Ekeno was resting, she caught the attention of her neighbour, Susan, who wondered why her friend was sleeping during the day.

Until recently, trachoma was endemic in Turkana. As part of Kenya’s national trachoma elimination programme, Susan had been recruited as a community health worker. Her role involves identifying those with trachoma-like symptoms to link them to treatment, and teaching others how to clean their face, hands and clothes to prevent the disease from spreading.

“Sometimes my eyes itch so badly I can’t do anything. All I can do is sleep.”

As Ekeno’s discomfort became clear to Susan, the penny dropped. “I knew what was wrong because of my job,” explains Susan. “When I found her sleeping, I felt sad because she was feeling pain. It made me weep. She is very close to me and often helps look after my children.” The next time the travelling trachoma team were in the area, Susan encouraged Ekeno to seek treatment.

Turkana is a vast county full of open desert, so reaching remote villages such as Kamnuyaep is not easy. Health teams must make long, hazardous journeys, carrying all the equipment they need with them. On arrival they set up a makeshift operating theatre wherever they can, under the shade of a tree or in a school or church.

Kenya’s national trachoma programme, with support from international partners such as Sightsavers, is putting the systems in place to ensure people in remote areas such as Turkana no longer miss out. It also shows what can be achieved. The Kenyan government is now close to eliminating trachoma from the county – an impressive achievement given that, less than 10 years ago, 9% of adults there needed trichiasis surgery to protect them from permanent sight loss. Kenya is on course to eliminate trachoma as a public health problem within the next few years, with the gains made in Turkana making a significant contribution to this success. 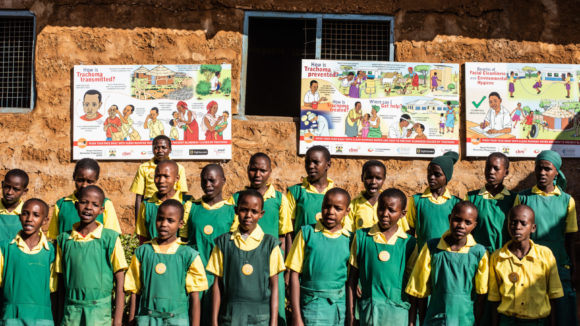 Our work in Kenya

We're working hard to eliminate diseases such as trachoma, which causes pain and blindness.

Thanks to this work, Ekeno now knows what is wrong with her eyes and knew what can be done to change her situation. Although the blindness in her left eye is permanent, she was able to have an operation to correct the inversion of her lashes, freeing her from the pain she has lived with for so long.

“I had heard of trachoma before but I didn’t really know what it was,” says Ekeno. “I thought it only affected children, and I didn’t realise it could lead to blindness.”

Sightsavers provides support to the Kenyan government to treat trachoma in Turkana through funding from UK aid’s Commonwealth Fund.

Ekeno sits with a bandage on her eye.

“This has stopped me from working, from making food, but I hope I will be able to do those things again after the operation.” 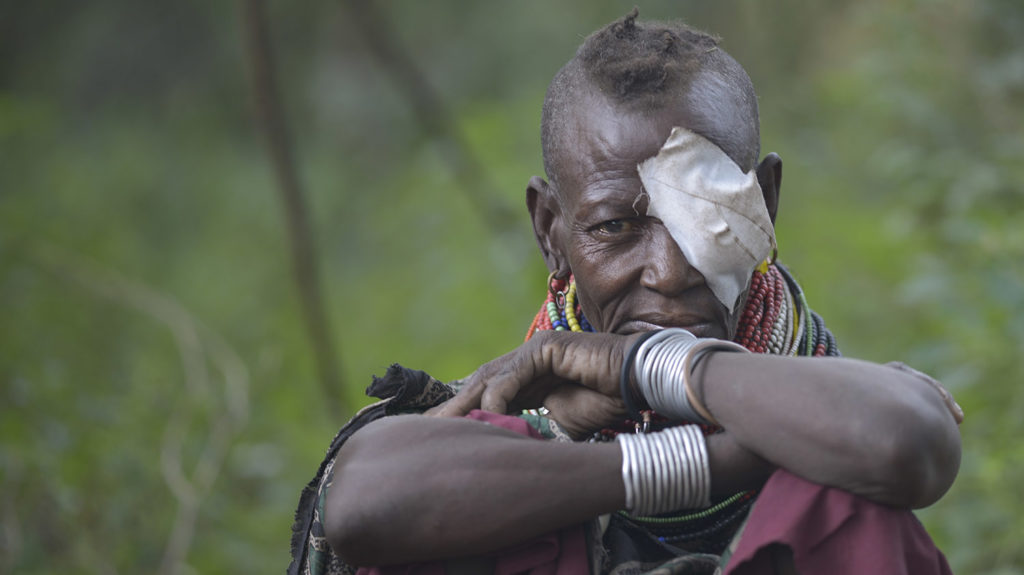 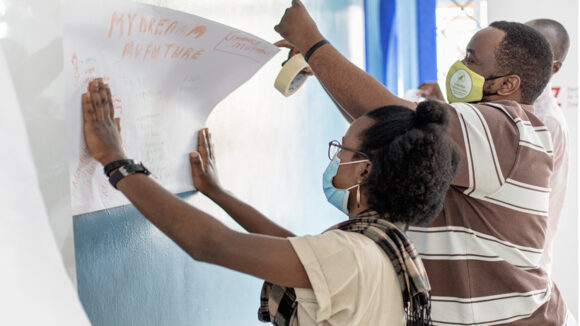 We are… training young people with disabilities

We’re working with partners in Kenya to give young people the skills and practical experience they need to begin a career in IT. 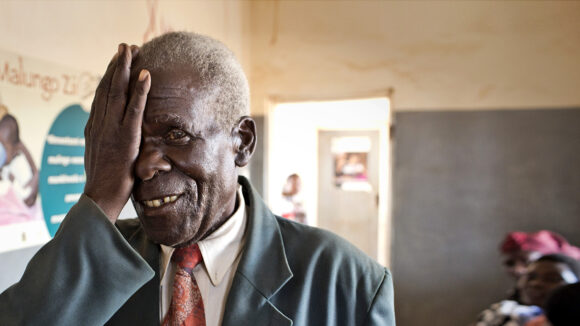 We’re working with governments in Uganda and Malawi to improve access to quality eye care services and prevent avoidable blindness.